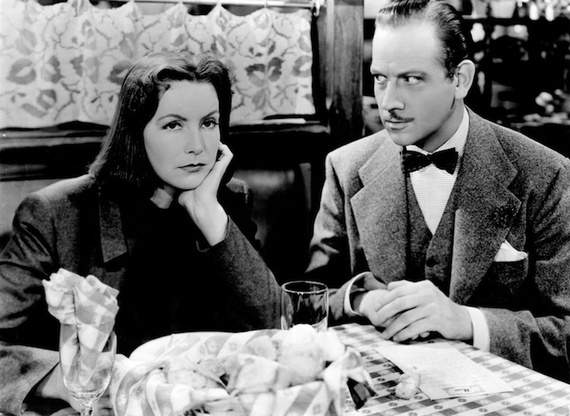 In the classic 1939 film Ninotchka, a French aristocrat gently mocks his Soviet soon-to-be love interest with a tongue-in-cheek declaration of ideological enthusiasm: "Comrade, I've been fascinated by your Five Year Plan -- for the last fifteen years." (Obama is not advised to try this out during Wednesday's meeting with Xi Jinping).

But the line could just as well be used by legal scholars observing Chinese authorities' newly planned "rule of law" (法治) reforms. Though some of these have suggested significant steps -- such as the establishment of new "circuit courts" to handle cross-border cases involving several provinces, and language promoting further judicial separation from local government authorities -- they have largely not satisfied the cynics. Indeed, the very phrase fa zhi is often translated by these observers as "rule by law" (that is, the instrumental use of law merely to further leaders' aims, but not to check the power of those leaders in any meaningful way).

While such skepticism is understandable, it may underplay the significance of, for example, Xi Jinping's apparent desire to raise the status of the PRC Constitution, which is full of highly suggestive language conferring liberal rights to all citizens. Perhaps the safest bet is to always think of "rule of law" in tandem with a phrase that invariably accompanies it, yi fa zhi guo (依法治国), or "ruling the country according to law": The "according to law" part will be explored as long as it isn't seen to threaten the "ruling" part. That, at least, is the optimistic position.

Still, it remains true that, regardless of the intricacies of Party terminology, these positive-sounding aims have been trumpeted for years as vital to the ongoing process of "Reform and Opening-Up" (i.e., the Party's overall program for socio-economic and political agenda-setting). Since the early 90's, "rule of law" or something like it has been quite prominent in such discussions; yet the legal system has remained far from independent, with seemingly every glimmer of genuine reform matched by serious setbacks. Among the more notable: imprisonment of "rights defending" lawyers on the barest pretexts, the appointment of a non-lawyer to head China's Supreme Court (now finally rectified with the appointment of the current head, Zhou Qiang); and extralegal crackdowns against dissidents and minority groups exercising constitutionally protected rights.

For two reasons, though, we should be cautiously optimistic that despite the problems (and internal opposition) he will run into in implementing the new reforms, Xi's administration now at least intends meaningful progress towards something Western scholars and professionals would recognize as "law."

The first reason is that "law" -- broadly understood -- is vitally important to accomplishing Xi's aims of "rejuvenating the Chinese nation" and realizing the collective "Chinese Dream." Above all, this means that decisions made at the Party's Zhongnanhai headquarters must translate into action on the ground. Economic growth, social stability and collective action to solve domestic or international problems all require that central government plans can be carried out in a predictable and reliable fashion by officials at every rung in the state hierarchy.

Freewheeling constitutionalism it isn't, but this vision of "rule of law" does generally match up with what is usually termed the "positivist" understanding: most simply and influentially posited by John Austin as a "command of the sovereign backed by the threat of punishment." A command, put otherwise, which is "habitually obeyed."

It is important to understand the degree to which this value-neutral idea of law differs from the moral associations "law" has for many in the West. Whereas a normative legal philosopher like the late Ronald Dworkin could write convincingly and at length about judicial interpretation of law as being based fundamentally on moral "integrity," the positivist account argues that there is nothing about law per se that guarantees such content. Law can be wholly amoral, they say, and still be law.

A currently prominent legal philosopher working in the positivist tradition, Scott Shapiro of Yale Law School (who has been an exception among positivists in taking Dworkin's arguments seriously while developing his own views), sums up one relevant implication for how these different positions affect political actors: "Dworkin does not see the law as the means by which governments pursue their goals. To the contrary, [for him] the function of law is to restrain, rather than enable, the goal-seeking behavior of governments." Case in point, the U.S. Constitution.

Clearly, that is not what Chinese authorities are looking for when they look to law. Rather, it is highly likely that their views approximate something like the "Planning Theory of law" that Shapiro outlines in his book Legality (from which the above quote was taken). Very generally, the Planning Theory holds that "laws are plans, or planlike norms," intended to accomplish the political communities' goals "such as the maintenance of order, prevention of undesirable and wrongful behavior, promotion of distributive justice, protection of rights and the provision of facilities for private ordering and fair settling of disputes." Yet judges, lawyers and other legal actors are not automatically empowered with the kind of moral autonomy implied by Dworkin's system (or the ideal of absolute rights that goes with it).

The ability to get things done, reliably and comprehensively, without too much interference or second-guessing from those tasked with carrying it out (except where this is promoted as a desirable feature of the plan): So far, at least, it sounds like Xi's administration has subscribed to something quite like this theory of law.

Yet, as noted, there is another important strand to the current reform language, which is best exemplified by the ambiguous status of the PRC Constitution. Qian Gang of the China Media Project at the University of Hong Kong has analyzed at length the strange career of "constitutional" language during Xi's administration, and, as he notes, Xi himself declared that the constitution was to assume a newfound importance soon after he took office. Strikingly, though, some of his own personal mentions of this topic were censored (or at least "altered") in Party media, and Constitution-related terminology disappeared from Chinese media for much of the following year. Then, in September 2013, Xi again referenced the need for "ruling the nation in accord with the constitution,'" and stated that "'The crux in governing by laws is to govern in accord with the constitution.'" The phrase then disappeared yet again, until being revived in connection with the recent Fourth Plenum meeting.

Does Xi's apparent predilection for constitution-related rhetoric signal some deeper commitment to law beyond central planning authority? The best guess is yes and no. Indeed, Shapiro's "Planning Theory" itself encompasses an important detail that China analysts should consider in detail when thinking about Party visions of law: the problem of trust. Rather than jettisoning the concept of Dworkin-style legal interpretation, as some positivists do, Shapiro ties this function of legal systems to mutual trust relationships between government actors, and how these are themselves encoded into government plans. In brief, "the Planning Theory demands that the more trustworthy a person is judged to be, the more interpretive discretion he or she is accorded." For Xi, the constitution is perfectly valid as the "supreme law of the land," as long as it is interpreted by people he trusts (i.e., in all likelihood not those who oppose Party rule, or who come from a hostile faction within the Party).

But is it possible that Xi does actually trust China's legal community enough to gradually make room for new constitutionally-based legal reforms? The mysteriously disappearing constitutional language could be signal in this direction.

In a later scene in Ninotchka, the protagonist tells another joke: "A man comes into a restaurant. He sits down at the table and says, 'Waiter, bring me a cup of coffee without cream.' Five minutes later, the waiter comes back and says, 'I'm sorry, sir, we have no cream. Can it be without milk?'" ...That is, while acknowledging China's legal system as very much an instrument of rule, Xi's constitutional language goes far towards building a consensus that what China has is "law without rights" (i.e., law that may gradually have rights mixed into it) rather than law whose missing quotient is some specific Party standard of ideological righteousness (as in the past). 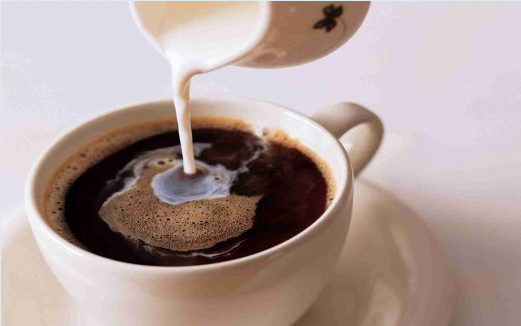 Along similar lines, Jean-Jacques Rousseau might have hinted at an aspect of Xi's legal psychology in his 1755 Discourse on Political Economy: "The chief's most urgent interest, as well as his most indispensable duty is therefore to see to it that the laws of which he is the minister and on which his entire authority is founded are observed. His having to make others observe them is all the more reason for himself, who enjoys all of their benefits, to observe them." Perhaps, then, it's all part of the plan.