Eric X. Li is a venture capitalist and political scientist in Shanghai. He is a senior fellow at Fudan University's Center for Chinese Development Model Research. This article was published in the South China Morning Post. The Chinese original is published by Guancha.cn and distributed by the Guancha Syndicate.

SHANGHAI -- Most international relations experts seem to believe that the developments in Ukraine have put China into an uncomfortable dilemma. With America's pivot to the Asia Pacific -- largely seen as a move to check rising Chinese power -- Russia has grown in strategic importance to China. However, Russia's actions in Ukraine and its absorption of Crimea seem to contravene China's long held principle of non-interference in the internal affairs of sovereign states.

The secession referendum in Crimea carries sensitive implications for China as it deals with its own separatist issues in Taiwan and Tibet. China's equivocal public pronouncements on Ukraine are cited as proof that it is finding itself in a bind. But this is a misreading of China's behavior. On the contrary, China is exploiting the situation with strategic foresight and tactical agility. China's reaction is also consistent with its nuanced understanding of international relations in general and the Ukrainian crisis in particular.

China's official position has been subtle. It asserts the principle of non-interference and respect for Ukraine's territorial integrity. On the other hand, it puts emphasis on recognizing the complexity of both the historic conditions and the current state of affairs in Ukraine. It should be fairly clear to any foreign policy realists that China's approach is maintaining formal neutrality while providing tacit support to Russia without causing an adversarial rift with the Western alliance.

Even with a Russian veto, China still chose to abstain from the recent United Nations Security Council vote on U.S. proposed resolution condemning Russia. This strategy is consistent with China's long-term geo-political interests.

One of China's overriding strategic objectives is to foster the development of a multi-polar world in which American hegemony is checked and China gradually gains the space to reclaim its leadership role in the Asia Pacific. Russia's reemergence as a great power 20 years after the collapse of the Soviet Union is conducive to this objective.

America's dominance in global affairs is indeed receding on a relative basis. Its much-touted "pivot to Asia" says as much. After all, by definition, one can only pivot to one place at a time. Even before Ukraine, America's pivot already seemed to be redirecting back towards the Middle East. Now no doubt it has to pivot to Russia. A continuously swirling pivot by the super power serves China's interests.

From the Chinese perspective, whether Russia's actions contradict China's principle of non-interference may not be such an open and shut case. This is where the recognition of complexity comes in. The collapse of the Soviet Union happened suddenly. The rearrangement of the world order that followed was chaotic and carried out under an imbalance of power overwhelmingly in favor of the Western alliance. It is a historic fact that the peoples of Russia and many former Soviet republics suffered immeasurably in the aftermath of the Cold War.

The legitimacy of borders settled under such circumstances can be debatable. And Crimea is a case in point. The Chinese may also have seen that the overthrow of the Ukrainian government was caused in no small part by active Western interference. Senior American and European officials were conspicuously present on the Maidan. One leading American diplomat was recorded in a telephone discussion to be plotting out who should replace president Yanukovych before his overthrow. So at the very least interference was carried out by both sides.

The second aspect of the worsening conflict between Russia and the West has to do with the important relationship between Russia and China. Russia's strategic importance to China covers three dimensions: energy supply, China's strategic objectives in the Asia Pacific, and China's long-term interests in Central Asia. A Russia under severe sanctions by a hostile Western alliance would be more reliant on China. In return, Chinese interests would be better served in all three arenas.

Russia's supply of natural gas to China would be on better terms and pipelines could be built in manners more favorable to Chinese interests. Russia's role in the Asia Pacific, especially vis-à-vis Japan, could be steered more towards China's preferences. More space may be afforded the Chinese in their strategic push to develop a new "silk road" through Central Asia.

In the very long term, China wants its rise to be peaceful. And a new geo-political paradigm is required to facilitate such a peaceful rise. It is what Chinese president Xi Jinping proposed to U.S. President Barack Obama during their summit in California called a new formula of da-guo relations. A da-guo is a major nation state with a civilizational sphere of influence. In China's view, only effective cooperation and prudential management of competition among the da-guo's can ensure the peaceful emergence of a new global order.

Of course, China sees itself as a da-guo. The U.S. and Russia are surely on that list as well. According to this new da-guo relations doctrine, core interests and spheres of influence are to be respected. China is indeed gradually asserting its own Monroe doctrine in the Asia Pacific. It is a near certainty that Chinese policy makers would consider Ukraine to be within Russia's sphere of influence. Ukraine is at best of peripheral interests to the West, yet actions taken by the West have seriously harmed Russia's core interests. In that respect, China's subtle support for Russia is consistent with its long-term foreign policy grand strategy.

No doubt, tactical agility and some deft maneuvering by Chinese would be required to carry out this strategy with regards to Ukraine. There are also many unpredictable forces that are shaping events. But at present, short of a major blunder, the downside for China is minimal. 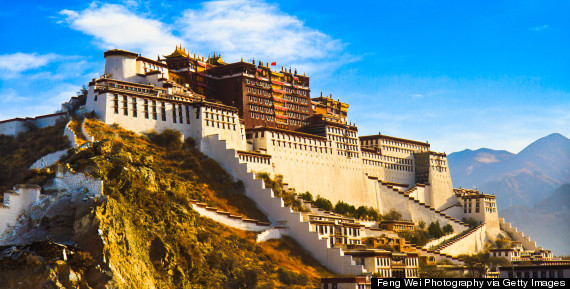 Would anyone in Taiwan or Tibet seriously think China's acquiescence to a Crimean separation referendum would mean they could get away with one too? Probably not. Can the Chinese walk a tight rope on formal neutrality as not to trigger a confrontation with the West? Their track record would indicate a yes.

Eric X. Li is a venture capitalist and political scientist in Shanghai. He is a senior fellow at Fudan University's Center for Chinese Development Model Research. This article was published in the South China Morning Post. The Chinese original is published by Guancha.cn and distributed by the Guancha Syndicate.