Michelle Esteva, the 25 year old owner of ChinaTown Soup, a creative hub for artist of all backgrounds is a force to be seen. Creating this space from intuition, limited funds and knowing it was bigger than her led "The Soup" to evolve into New York City's Lower East Sides artist landmark. Michelle took me through her space one Thursday morning and to say it was eye opening-- as to what one can create with enough ambition, was beyond motivating. Living a life without defined limits is what Michelle embodies and that characteristic shows up in the creation of ChinaTown Soup. Our chat below is sure to redefine how you go about your "dreams" which in turn can be summed up as, what is your commitment everyday? Check out this incredible conversation! 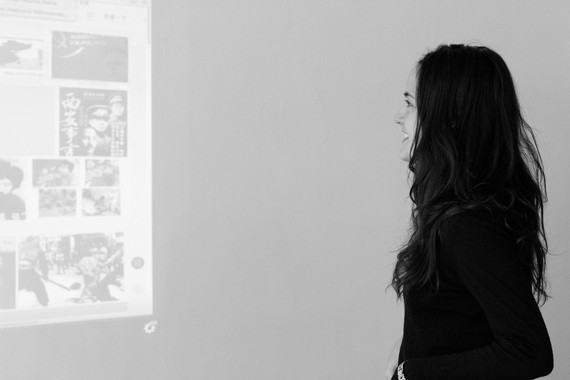 M: Why does---NOT calling Chinatown Soup an Art Gallery play a huge role in what you have created and matter to you immensely?

CTS: "Gallery" is a label that doesn't capture what Chinatown Soup is about. As a hybrid creative space, priorities and values differ from those of surrounding whitebox situations with commercial orientations. Facilitating sales for artists is important, but there's more going on here. What does art celebrate? The spirit of this question inspires how Soup is evolving.

M: You landed this Artistic Space in the heart of The Lower East Side in New York City at the age of 25, what was the first moment you realized you had to go for this opportunity?

CTS: We're technically in Chinatown! But that depends on who you ask. Defining neighborhood borders is a hot conversation topic as of late. Someone tried to make "Lo-Lo-East" happen... Anyway, I wouldn't have realized anything without an epic swell of encouragement from friends and family giving dollars and shoulders to lean on. Walking into the space for the first time was a soft shock. It's hard to describe the immediate feeling of "This is it", and that was it. All signs pointed to "yes"--literally. There was a handwritten fortune tacked to a wall that read, "Man proposes, God disposes" in English and Chinese followed by a print of Matisse's "The Horse, the Rider, and the Clown" taped to another wall. I saw The Cut-Outs earlier that year and remembered liking this collage in particular, so discovering it at soon-to-be Soup was a strange, full-circle moment imbued with the potential for some personalized art grit metaphor. Otherwise, there was a creepy poem about vampires scrawled on a dirty whiteboard in the basement. I like to think that they're keeping away the ones we can't readily spot IRL.

M: Your Space Chinatown Soup has a magical feel upon entering it, why do you think that is?

CTS: We burn a lot of sage. It must be working!

M: You have never had to advertise for the Soup's business, how have you sustained the momentum seeing that the space is always booked with talented artists exhibits?

CTS: Soup's founding philosophy was: "Build it and they will come." A year later, it's been refined: "Build it in the heart of downtown New York's art scene and they will stay." Opening on Orchard Street was a happy accident. I believe we're in the heart of the city's last authentic neighborhood left below 96th Street. The border of Chinatown/LES exists in this particular moment like a 1970's SoHo 2.0. While it's a magnet for creatives, the low scale of buildings, relatively cheap rents, lack of corporate tenants, old school New York population, and socioeconomic diversity bring a unique energy that has also attracted galleries, restaurants, hotels, and, most recently, an art-house movie theater. This next wave of change is a striking example of how real estate determines culture, and Essex Crossing is going to cement the area's transformation within the next five years. As a result, artists are getting priced out from both a retail and residential perspective. Soup is designed as an alternative, accessible art space in response to this aspect of gentrification. Granting the openness of say, a Bushwick collective within an increasingly Chelsea-fied scene resonates with artists who don't want to give up on New York.

M: What has been the biggest life lesson since starting Chinatown Soup?

CTS: I'm still learning! I have a feeling that will always be the case. Since Soup is just over a year old, I'll sum it up in three words like I do for my New Year resolutions: "Protect your magic." I used to see that tag on sidewalks all the time, and it's the main takeaway at this inflection point. Soup's "yes" mentality is an open invitation for good and bad vibes. The art of "no" is tough to perfect when it goes against your nature, but that's business. They can and will knock the hustle, so fight for what's fair and forget the rest.

M: Do you feel like anyone calling themselves a struggling artist is a choice or a mindset that can be revolutionized out of?

CTS: Yes and no. From a self-reflexive perspective, you are what you are. Also, if artists didn't struggle, then we wouldn't have art. But, we shouldn't have to suffer. I remember an i-D interview with Deanna Havas about New York privileging "banker children" above artists. This makes me sad, and, as a non-banker child, I'm choosing to believe we can revolutionize new ways of living creatively that don't make us feel insecure or guilty for choosing to be independent of traditional market systems. Soup is an experiment that explores collaborating and contributing to legitimize sharing with one another outside of a standard gallery or non-profit structure. The original Soup began in 2010 Detroit, but now there are Soups in major cities including Los Angeles, London, Oslo, Accra...to name a few. Each one operates differently according to community circumstances, but the artist as activist model is catching on around the world.

M: Do you feel like you are living your wildest dreams? If so, how would you encourage others, that it is possible?

CTS: I never wanted to be in business; I wanted to get free (mostly from making fear-based decisions because of money). For me, that's more of a desire than a dream. I think that distinction has much to do with why launching Soup has been wild--freedom of choice is the greatest responsibility. Here I go quoting again (sorry), but I would encourage others with some found fortune cookie wisdom: "Commitment is the triumph of integrity over skepticism everyday." Living a dream is possible if you're willing to make choices without complaints or expectations. If you care about an idea more than your ego, then you won't be afraid to fail.

M: I absolutely love that, " Commitment is the triumph of integrity over skepticism everyday."
How can people reach you if they would like to discuss displaying their work in Chinatown Soup?

CTS: Email is the direct move. Showing up is also fun. Or follow @chinatownsoup on Instagram if you want to get to know us better. Thanks for asking!

M: Thanks for having me, it's been wonderful chatting with you Michelle!

CTS: Thank you so much as well. 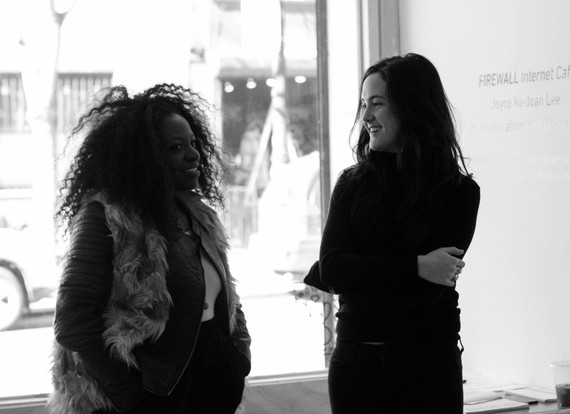 To get in touch with ChinaTown Soup go to http://www.chinatownsoup.nyc
Follow The Soup @chinatownsoup