Forget boring suspension bridges or arched overpasses, an ambitious group of architects are planning on building one of the world's largest man-made sine waves to cross a river in China. 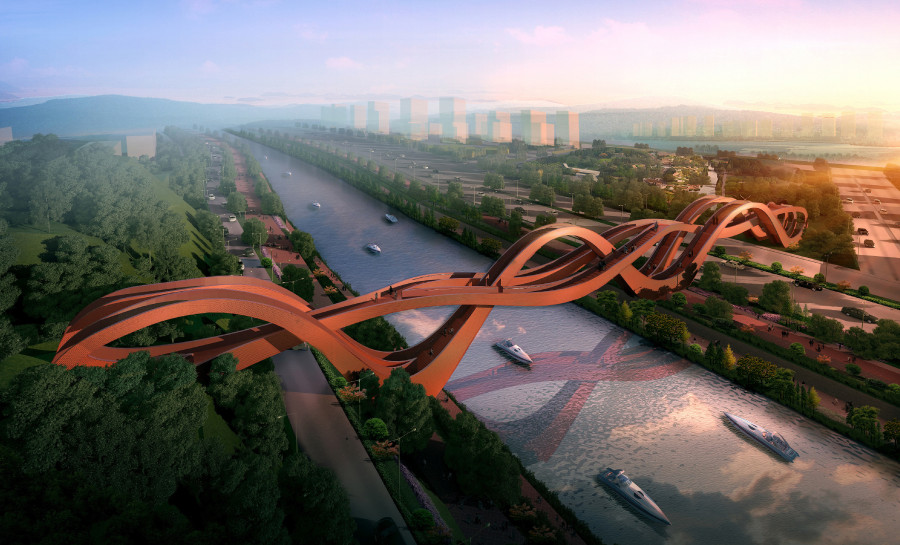 The massive, undulating design, destined to act as a pedestrian footbridge over the Dragon King Harbour River, is the product of NEXT Architects. Bringing three individual, swirling lanes to the picturesque landscape of Changsha, the rendering won an international competition associated with a new public park in the area. 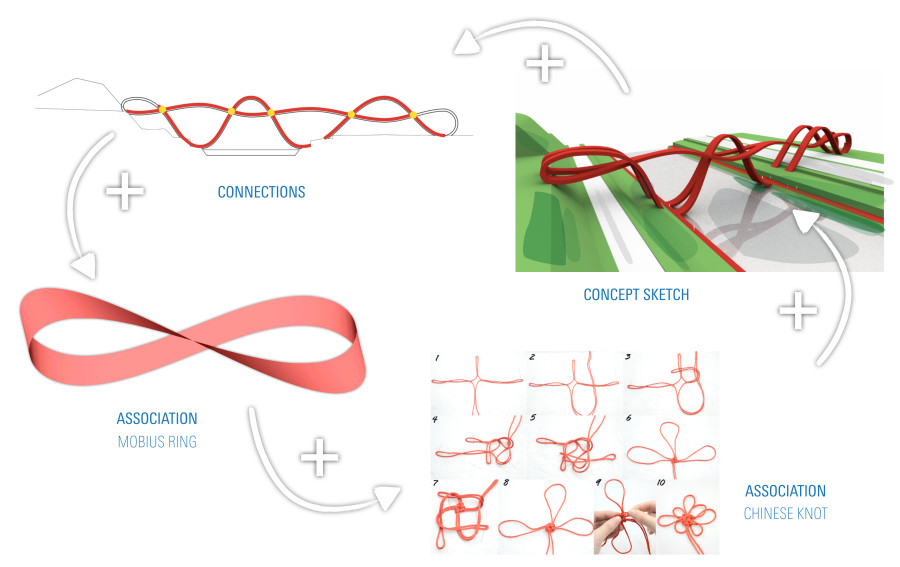 “The construction with the intersecting connections is based on the principal of the Möbius ring,” states Michel Schreinemachers on the NEXT website. “On the other hand it refers to a Chinese knot that comes from an ancient decorative Chinese folk art,” John van de Water adds.

China has a reputation for eye-catching feats of construction, so this impossible bridge shouldn't be all that surprising. Let us know what you think of the Möbius monument in the comments.