In a recent visit to Xuzhou city, Jiangsu Province, a third tier Chinese city with nearly 10 million inhabitants and also a resource-exhausted city, we could not help but think what we would do and what we could achieve when facing the city's environmental and economic challenges. It is not easy to govern even a "small" city in China.

When visiting Xuzhou, we were impressed by rows and rows of new residential blocks that were built to accommodate to a claimed increase of population from urbanization of adjacent towns and villages. Yet, we were also impressed by a number of big environmental protection projects initiated by the city government, including transformation of a deteriorated mining site to wetlands that can be enjoyed by city residents, and afforestation of land and mountains that were no longer usable for coal exploitation for the city's economy.

These investments are laudable from an environmental perspective. However, they are expensive and just a one-way solution since they cannot generate behavior changes of individuals and business. The pressures felt by the government of Xuzhou, from rapid urbanization, economic transformation, to environmental protection, are a common problem faced by many cities in China. The official urban-rural population ratio of the country was 47 to 53 in 2009, which was completely inverted to 53 to 47 in 2013. To be sure, urbanization can help reduce poverty and improve living standards of rural migrants by providing them with more accessible urban services and more opportunities to work and develop. However, this does not come free. The financial burdens and environmental pressures would be immense for cities. Greenhouse gas emissions and air, water and solid waster pollution are all very likely to increase. While many third and fourth tier cities such as Xuzhou have expressed strong commitment to low-carbon development, they find it difficult to strike a balance between competing development priorities, in particular the dilemma of achieving short-term revenue objectives and long-term sustainability benefits.

These cities have to explore a smart way to grow and to prosper. A number of policy instruments can be considered for a smart development. Usually there are three ways: command and control regulation, creation of rights, and market-based mechanisms. They are not necessarily collectively exclusive but rather can be used as a mix to achieve possibly maximum benefits. Although all these instruments are government interventions, the results of employing them can be rather different.

Comparatively, the market-based instrument would be a least cost approach for cities to pursue environmental goals while avoiding inflicting too many negative impacts on the economy. This instrument can be based on either prices through taxes or charges, or quantity through, for example, emissions permits trading. In a static situation, the tax and emissions permits trading mechanisms achieve identical results. In practice, however, the former would be more desirable than the latter, given its conceptual simplicity, less vulnerability to corruption, and, most importantly, its effectiveness in generating a particular behavior response.

For example, to reduce pollution from car emissions, a transport fuel tax can be introduced to encourage the use of public transportation. For a city such as Xuzhou with a population of about 10 million, more subway lines are needed. Currently the city has only one subway line. By comparison, with a population of 2.2 million, Paris has 16 lines, 303 stations and 214 kilometers of subway. Without a creditable public transit system, people would still drive no matter how high the cost of fuel will be since they have to go to work, school and other things. As many third tier and fourth tier Chinese cities are densely populated, economies of scale can be achieved with a good pubic transport system. However, building a good public transit system is expensive, and it would not be possible with only a transport fuel tax. Other taxes such as consumption taxes are needed to fund urban infrastructure for cities' sustainable development goal. 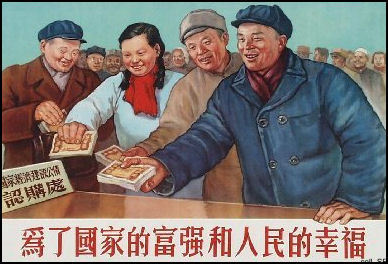 Currently, China relies on indirect taxation, particularly the value-added tax (VAT) applying to the supply of goods and the business tax (BT) charging to the provisions of services, for revenue purposes. A reform of integrating the BT and VAT into a single, conventional VAT is underway, which is considered an important tax measure to boost the development of the service industry of the country. If more revenue from this integration can be allocated to local governments, especially those of third and fourth tier cities, with the fast growth of the tertiary industry, city governments may become financially better off. This could make them more capable of funding public transportation and other environmental protection projects, which in turn facilitates the growth of service sectors in their cities. An improved financial strength of these tier-3 and tier-4 cities may reduce their excessive reliance on land-related transaction for revenue purposes, a widespread problem in many Chinese cities. Such land financing has proved fiscally unsustainable, socially undesirable, and environmentally destructive. Governments of these cities cannot simply depend on real estate development for short-term revenue interests.

Very recently, a draft bill on an Environmental Protection Tax was issued to the public for consultation, showing the Central government's intention to use taxation to address environmental problems in the country. If this tax is to be adopted, it would be better to assign it to local governments, especially governments at the city level as they have the best knowledge of pollution caused by local polluters and more efficient coordination of relevant local departments for implementation. The tax can incentivize these governments to more effectively supervise local pollution activities and craft a balance between economic development and environmental protection that suits their particular development agenda.

Apart from introducing new environmental taxes, the national legislature can further green other taxes, for example income taxes, to let those who have benefited from using public cars for private purposes to pay for the necessary costs incurred. This measure is in line with the current anti-corruption campaign and can help enhance equality in taxation as a whole.

Moreover, the portion of government spending on environmental protection projects needs to be increased. Public spending on the environment in third and fourth tier cities (and the country as a whole) is rather limited. Xuzhou, for example, spends only about 1.8 per cent of government revenues on environment projects, and even if the spending on public transport is taken into account, the combined portion is still less than 4 per cent. This implies that more improvements can be made with regard to the way of public spending.

Indeed, for third and fourth tiers cities in China, taxation can play an increasingly important role in achieving sustainability goals. With the fast growth in number and size of these cities in China, increased demands from an increasing number of population will require more financial resources to be devoted to the environment and cities' socioeconomic development. Admittedly, taxation is not a panacea, and no one likes taxes. It is in this regard that taxation, if designed in a systematic and coherent way, can be a useful instrument to help cities achieve both short-term revenue objectives and long-term sustainability goals.

Economic slowdown is pushing decision-makers and industries to (re)allocate resources more strategically and pay a much stronger focus on efficiency, since the years of mass production and exponential growth are gone. The Chinese government must address this issue by making the taxation system include tax incentives aligned with its sustainable environmental goals.

Yan Xu is Assistant Professor in the Faculty of Law and Director of the Centre for Financial Regulation and Economic Development at the Chinese University of Hong Kong. Her expertise is in the area of tax law and policy, and constitutional and administrative Law.