If you’ve stayed in an American hotel this past decade, you’re probably a connoisseur of Chinese art.

That is, not museum-bound stuff, but the $600 million-a-year industry of fakes -- like the "Gerhard Richter" below -- spiraling largely out of Dafen, a small village in the Guangdong province of China. 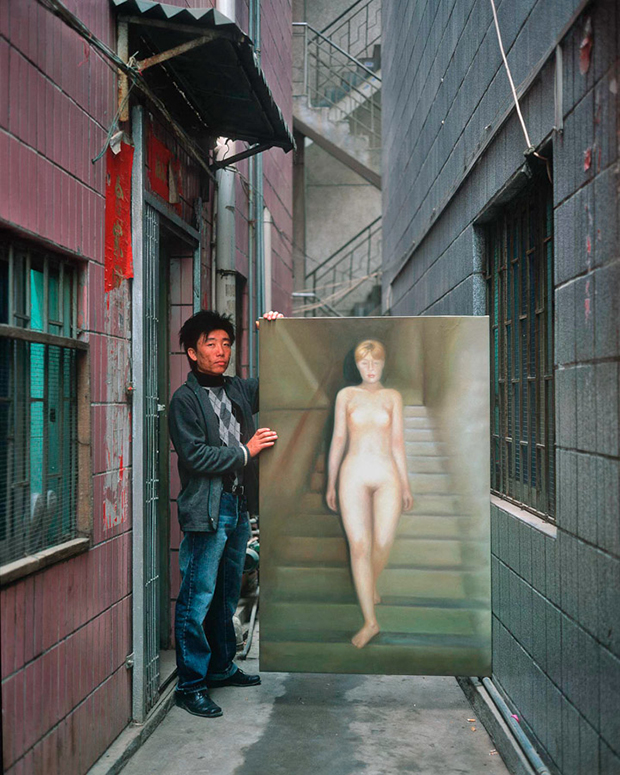 It's arguably the least artsy art center in the world. By one report, more than 1,200 galleries were crammed into less than half a square kilometer of Dafen Village by 2006. “One could barely move amid replicas of Van Gogh's Sunflowers, Da Vinci's Mona Lisa and Monet's Sunrise and Garden series,” wrote a reporter for the South China Morning Post, of a walk through the village.

This is the dizzying product documented by photographer Michael Wolf in his simple but provocative series "Real Fake Art." To get his shots, Wolf had forgers pose with their works on the streets of Hong Kong. The resulting images lie somewhere between portfolio and mug shot. Copy artists engage in a balancing act, as Flavorwire points out, caught between “the Chinese tradition of artists copying master works to develop their skills and the capitalist structure that makes it lucrative.” 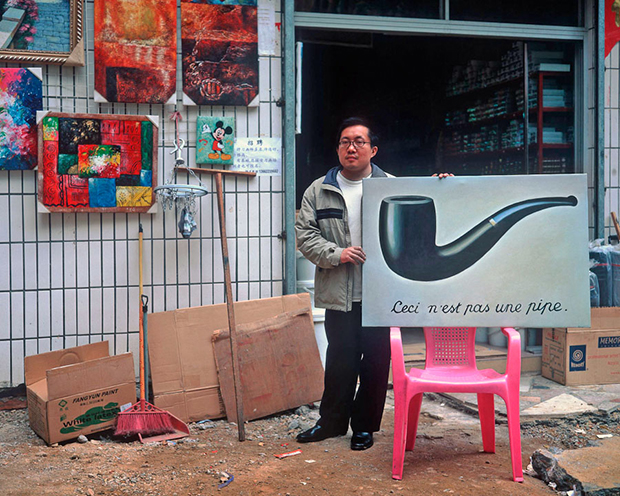 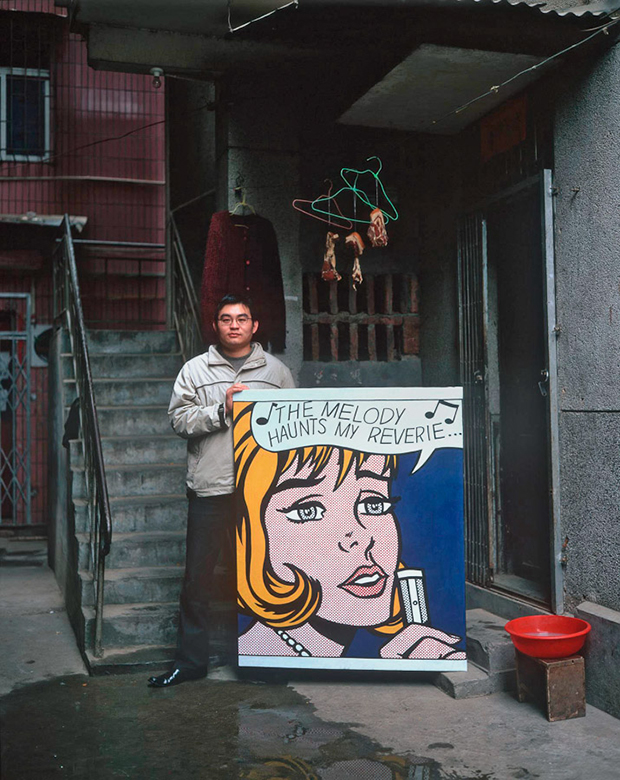 The series also comments on the liberties allowed to Western masters. "Did Rubens and Rembrandt paint their works all by themselves?" asks a blurb written for Wolf's subsequent book, also titled Real Fake Art. 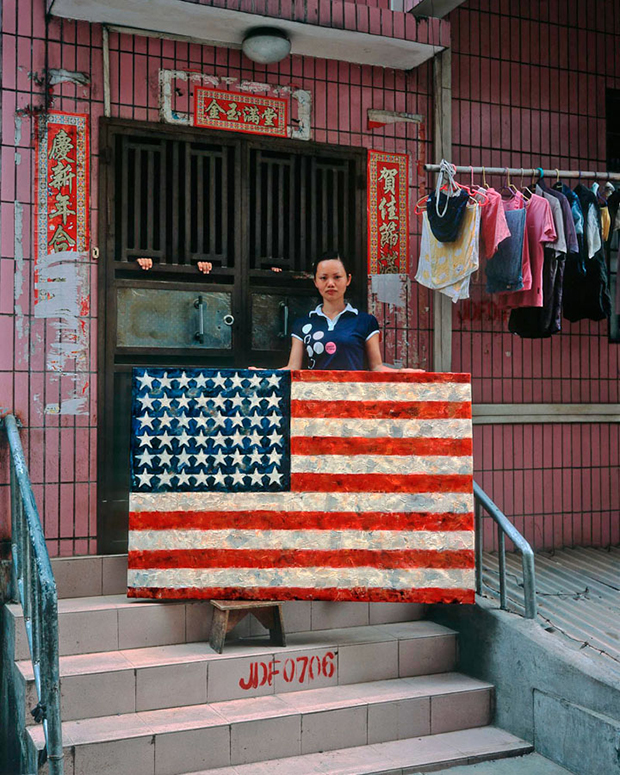 Indeed, the fake art game is a multi-player one. The market relies on the thriftiness of American hotels and retail stores, together among the biggest buyers of Chinese knockoffs. There are plenty of unwilling participants as well: small-time living artists, who make easy targets for copycats as they typically can’t afford to fight in court, though Chinese law ostensibly protects all but their decades-old work.

"It's crippling," said one, a New Jersey-based artist named Clinton Hobart, who discovered a Chinese website selling copies of one of his oil paintings last year, and worked with CBS on a sting operation.

"This is my income," Hobert told CBS. "So for them to be selling hundreds of these, they're directly taking money out of my pocket."

It may seem an easy arena in which to pick the villains and heroes, but Wolf's series - which finds the faces in the shadows -- makes that harder. 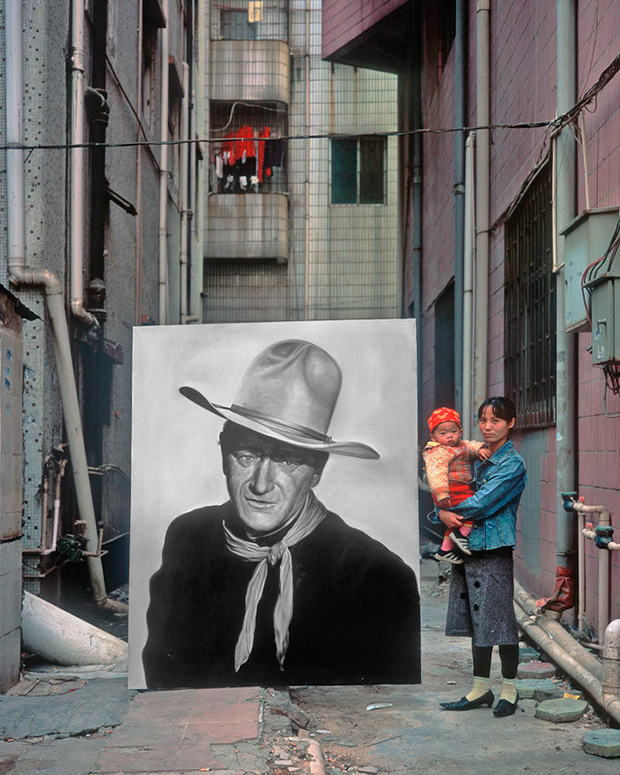 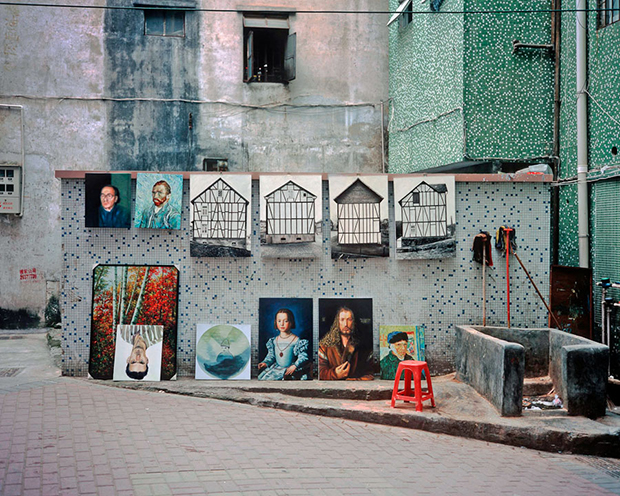 CORRECTION: A previous version of this article misstated the location of Dafen as near Beijing. It has since been corrected.

Arts On Our Radar Chinese Artists 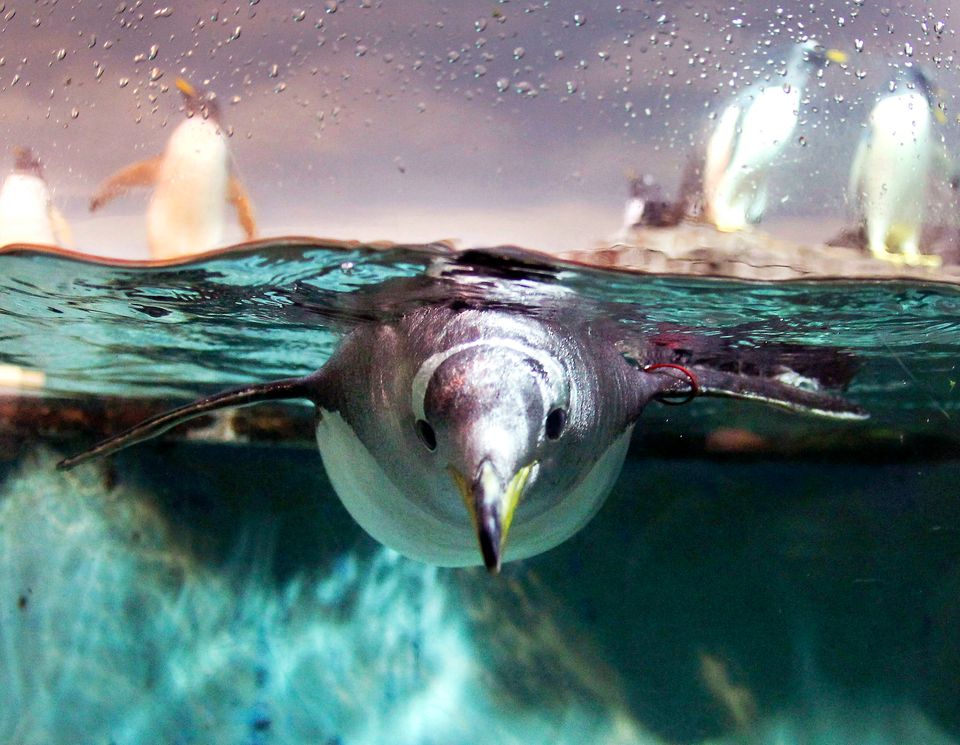