By Hong Soon-do, Beijing correspondent, AsiaToday - Chinese illegal fishing is threatening world waters. While foreign countries that are hit by illegal fishing are taking strong action by sinking boats, imposing fine, and such, the situation is not showing a sign of improvement. 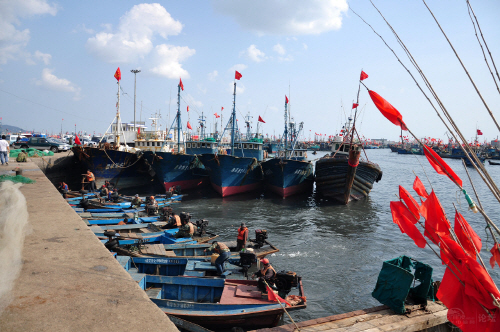 Those countries hit by Chinese poaching include Korea, Japan, Philippines, Indonesia, and Vietnam. Of course, these countries are taking strong actions such as sinking the illegal boats, and arresting fisherman, in order to solve this problem. Indonesia, for instance, has deployed 5 F-16 fighter jets to the Natuna islands close to South China Sea which would be used to combat illegal fishing. Recently, Indonesia destroyed 23 foreign fishing boats from Vietnam, Malaysia, and other countries for illegally operating in its waters, sending a secret warning to Chinese vessels. Philippine is securing Chinese fishermen's whereabouts by capturing them. Last month, Philippine arrested twenty-five Chinese fishermen on two boats flying inverted Philippine flags.

Recently, South Africa detained three Chinese vessels and arrested nearly 100 crewmen on board for illegally entering the South African Exclusive Economic Zone. In the case of Argentina, its coast guard shoot holes in a Chinese vessel that was illegally fishing off its coast. More neighboring countries are expected to respond like Argentina.

Chinese fishing boats have inevitably been going farther afield to feed rapidly growing domestic demand for seafood as fishes resources have decreased in waters close to China's shores. However, it doesn't mean they have right to sweep the area of fish of other countries like a gang of pirates. But China's law enforcement efforts to stop illegal fishing have not gone far enough. While it has powerful laws, it is giving a tepid response considering the fact that the issue is directly connected with livelihoods of fishermen. Since China is likely to be branded as a 'pirate nation', it should now take different action.