Bee-lieve it or not, this man is covered in 240 pounds of bees. 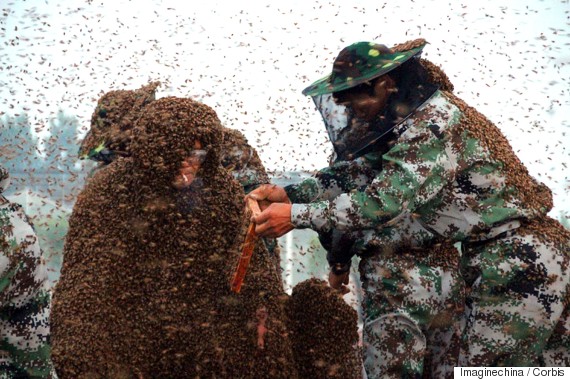 Beekeeper Gao Bingguo, 55, of east China's Shandong province, succeeded on Monday in his effort to set a world record for wearing the heaviest coat of bees. His accomplishment was confirmed by officials from Carrying The Flag World Records, according to The Associated Press.

Assistants placed several queen bees on Bingguo's body in order to attract worker bees before starting to just dump boxes of bees at his feet. There are about 10,000 bees in a kilogram, meaning Bingguo had nearly 1.1 million bees on his body.

The beekeeper ended up covered in an estimated 1.1 million bees. 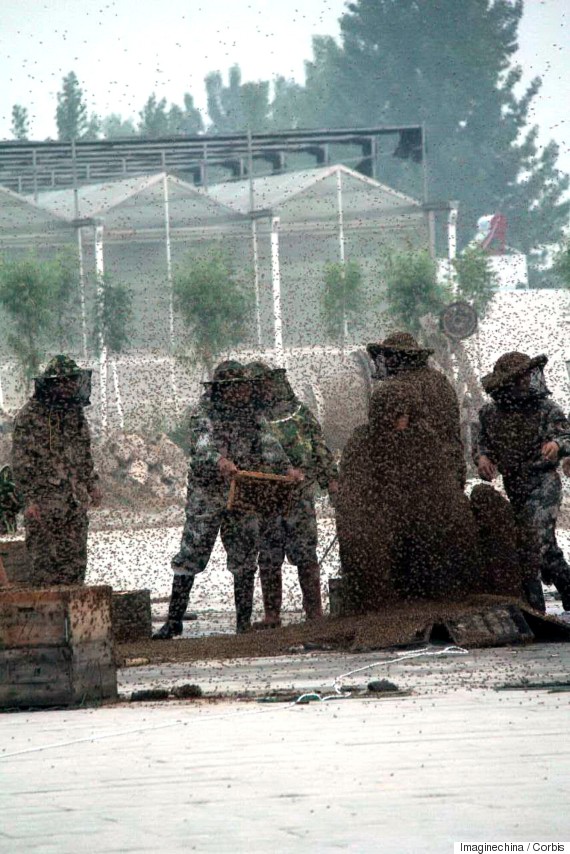 Assistants dump bees on beekeeper Gao Bingguo as he aims to set new world record in China on May 25, 2015.

Bingguo wore only his underwear during the stunt and smoked a cigarette to keep the bees away from his lips.

He was stung more than 2,000 times and temperatures around his body reportedly reached 140 degrees Fahrenheit. 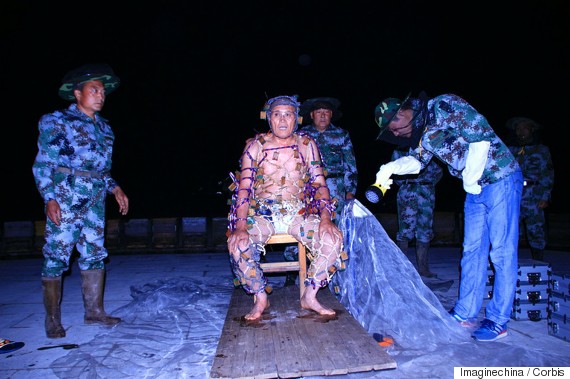 Assistants check the body of beekeeper Gao Bingguo, who is tied with queen bees.

Judges announced that Bingguo set the record in less than an hour, Sky News reported. The previous record for bees on a person was about 184 pounds.

Guinness World Records, a more well-known record-keeping authority, told The Huffington Post that they had no record of Bingguo in their database. Guinness' bee-wearing record-holder is Ruan Liangming of China, who wore 140 pounds of bees in May 2014.