Artist Giulia Marchi describes her project, "Call Her Fatimah -- Musilin," as being at the intersection of gender, religion and ethnicity. And she's right, her niche photography series centers on the female muslim population in China, a group of individuals that challenges most onlookers' perceptions of what it means to be a woman and religious outside of Western culture. 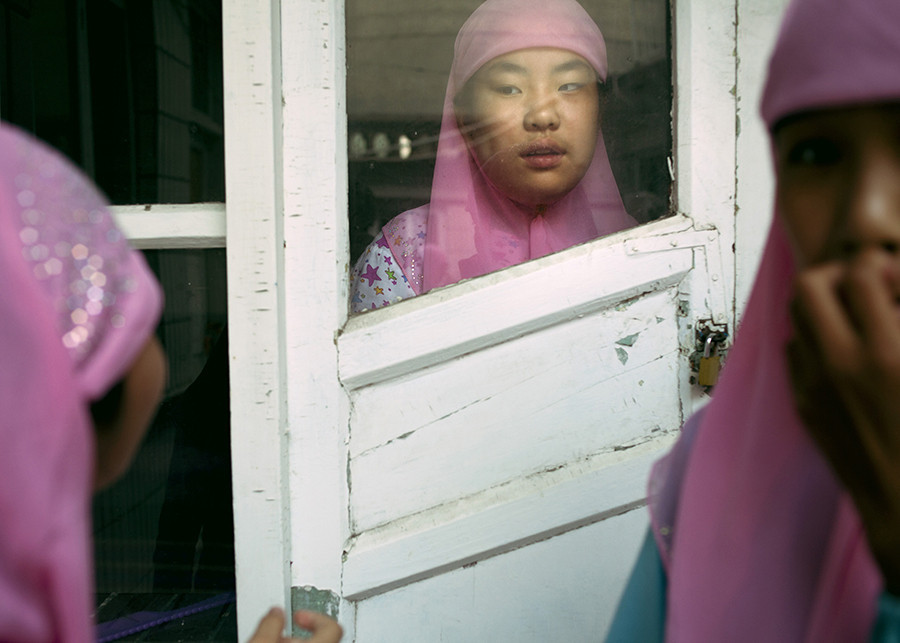 Through her series, Marchi documents the daily lives of young women navigating the ins and outs of a Muslim identity in contemporary China. The project began with the experiences of Ding Lan -- Fatimah is her Muslim name -- a 22-year-old whom the artist met in Cairo, Egypt. "Many young Muslim students move from their country to Egypt to learn about Islam," Marchi explains in a statement. "They are Muslim -- but they do not know much about this religion. Once in Egypt they discover it through the study of Arabic, the Koran, and through life in Cairo."

Marchi has spent the last two years exploring this "hidden world" of devotees. Young Chinese Muslims who, like Ding Lan, traveled to Cairo to attend Al Azhar, a world renowned Islamic institution that is famously free. The haven attracts many students; among them, 20 to 25-year-old women who identify as Huizu, a Muslim minority in China, and hail from regions like Xinjiang, Qinghai, Gansu, Ningxia or Henan. Henan is where Ding Lan lives, and where much of Marchi's series takes place.

"I followed Ding Lan back to her home in China in Henan province," Marchi recounts. "There, I searched for the Muslim elements in her life and cultural background to understand her choice to move to Egypt... From Beijing to Cairo, I traveled... exploring the diversity of religion in these two societies and the intersection of Islam with the Chinese culture."

This intersection is a small but significant one. According to research by the US-based Pew Forum on Religion & Public Life, over 23 million individuals in China identified as Muslim as of 2010 -- amounting to 1.8% of the country's population. The number is expected to rise to nearly 30 million by the year 2030. 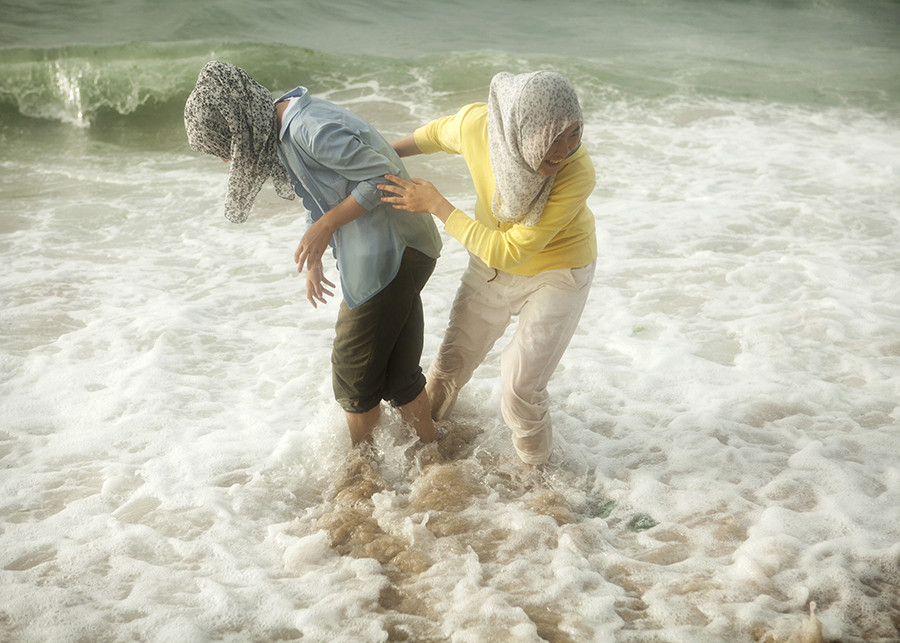 In an email exchange with The Huffington Post, Marchi, now based in Beijing, said that she chose to focus on female Muslims because it related to her own experience. While living in Cairo, the artist was fascinated by the public and private sides of a woman's reality, mediated in physical form by a veil. "If you are a woman you are limited in your daily life experience, and this has consequences on your perception of space, time and people. I was observing this limit."

The portraits and scenes in "Call Her Fatimah" capture spontaneous and lively embraces as well as posed moments of tranquility. From a cluttered dinner table littered with chopsticks but no diners, to a group of pink veil-clad girls gathering around a door for some unknown reason, the photographs are mundane yet beautiful, like snapshots from a visual diary.

"This is Islam in all its cultural diversities," Marchi concludes.