Unless you're into that whole eating-sushi-off-a-naked-body thing, the words "sex" and "chopsticks" probably don't enter your thought stream at the same juncture. But an unsuspecting crowd at a train station in China are likely to associate the two for a while, at least. 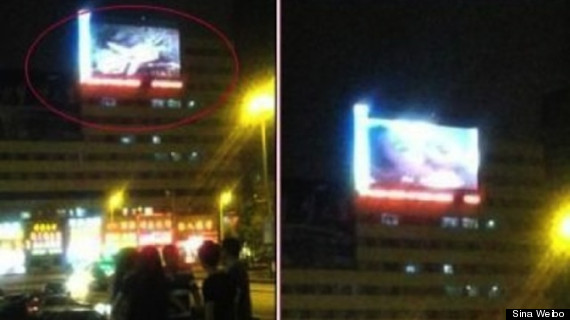 By the time police showed up, Yuan had disconnected the screen, according to the South China Morning Post. The police detained him for questioning anyway.

While the title might sound less-than-appetizing, SCMP points out that the film is evidently one of many sexy retellings of "a classic Ming dynasty novel ... known for its explicit sexual content."