No, it's not an undiscovered hieroglyph -- according to the BBC, a Chinese tourist recently left his mark on an Egyptian temple, scrawling "Ding Jinhao was here."

A photo of the carving on the Temple of Luxor, later discovered by another Chinese visitor, soon began circulating online, and users of Sina Weibo -- a Chinese microblogging site similar to Twitter -- were quick to out the teenage offender who was visiting Egypt with his family at the time, Xinhua News Agency reports.

The teen's parents have since apologized for the incident, Global Times notes, but widespread backlash online prompted China's Foreign Ministry to address the issue.

Shen Yuwen, another Chinese traveler, captured an image of the defaced temple and posted the photo on his Weibo account on May 24.

“I tried to erase this shame by rubbing it off, but my effort was in vain," the Weibo user wrote in the post, according to The Asahi Shimbun.

The post spread widely on social media, where netziens criticized the vandalism and expressed disgrace over the behavior of the young Chinese tourist, CNN notes.

Apologizing in a local newspaper Saturday, the teen's parents said their son understands what he has done, The Asahi Shimbun reports.

Fortunate for the temple, the damage was not permanent. As The New Straits Times reports, Egyptian restoration experts evaluated the superficial marks on the 3,500 year-old panel and successfully removed them earlier this week. 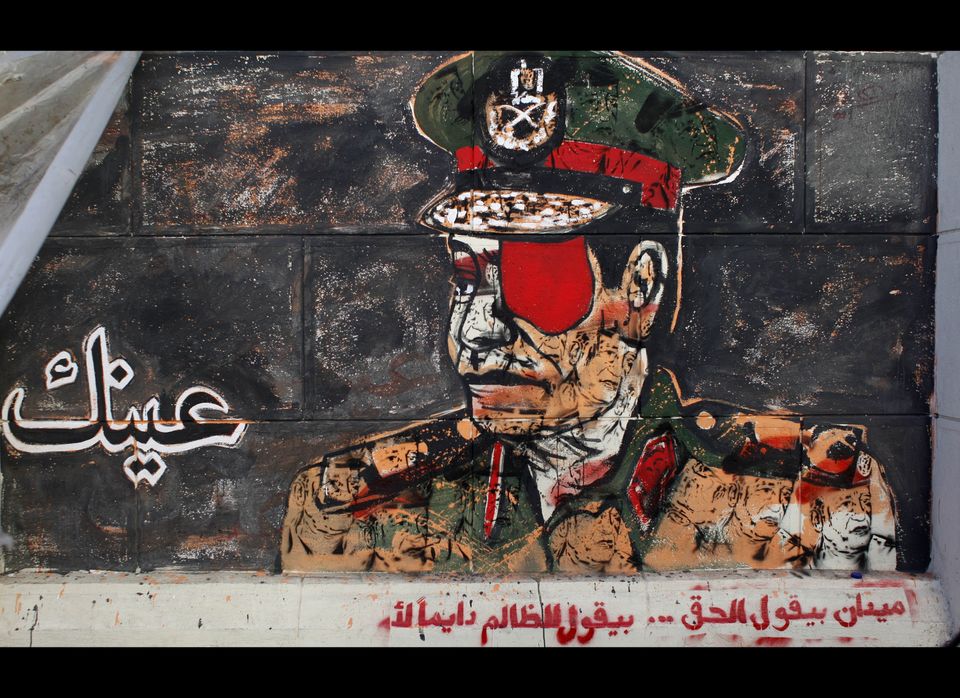 1 / 25
Graffiti depicting a high ranking army officer with an eye patch and Arabic writing that reads, "your eye, the square says the truth, we will always say no," is seen at a protest encampment in front of the cabinet building in Cairo, Egypt Sunday, Dec. 11, 2011. (AP Photo/Nasser Nasser)
AP