It was not surprising to see the world's top two rated players, Magnus Carlsen of Norway and Levon Aronian of Armenia, sharing a lead at the 74th Tata Steel Chess Tournament at the Dutch coastal town of Wijk aan Zee. They amassed a 5.5-2.5 score and with five rounds to go, we can expect a dramatic finish.

But it was one single move that drew the attention away from the world's finest players. Since it created so many holes in white's position, the move could only have been invented by a chipmunk. 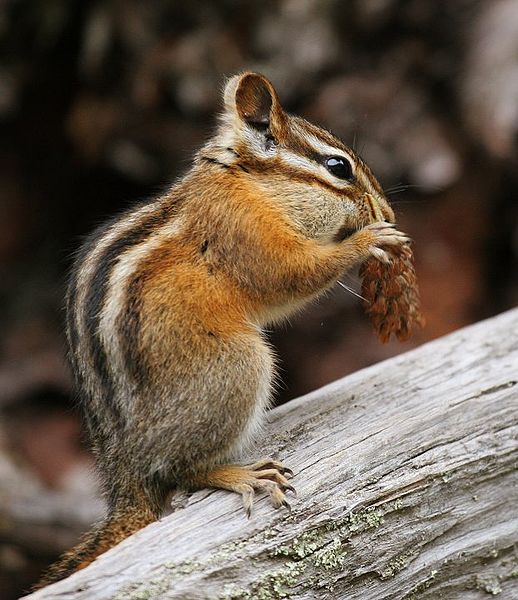 Six moves into the game Hikaru Nakamura-David Navara, the top-rated American grandmaster dented his position with a strange pawn move. He didn't create a crater, but the gap was big enough for a little chipmunk. You see these holes in the lawn and you never know how many chipmunks there are digging until the house collapses.

How to deal with chipmunk holes? You can plug them up, but the beasts usually pop them up somewhere else. Navara, the Czech grandmaster, chose the wait-and-see approach. After all, he controlled most of the central squares. But Nakamura's hibernation was short-lived. He opened the f-file, fixed his weaknesses and engaged in the modern tactical warfare, threatening Navara from a distance. His bishops were reaching far on the long diagonals and his heavy pieces settled on the only open file on the kingside. By move 17, he finally crossed the Rubicon into Navara's territory. The Czech made one mistake and by move 25 his position went downhill. Nakamura finished the game with a knight sacrifice.

1.c4 e5 2.Nc3 Nf6 3.g3 d5 4.cxd5 Nxd5 5.Bg2 Nb6 6.e3?! (A shocking move. Only chipmunks make holes like this one. Human chessplayers are not supposed to do it after developing the light bishop on the long diagonal. Even the computer programs began hissing. They didn't like it at all. But a quick check of the databases reveals that the hole on d3 was not created by a chipmunk, but by a Latvian master Fricis Apsenieks at the chess olympiad in Munich in 1936.) 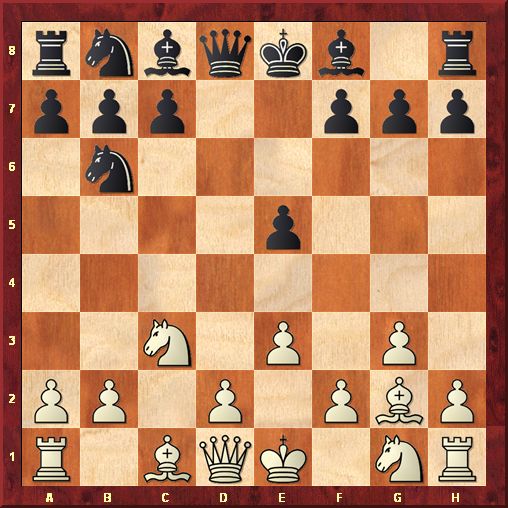 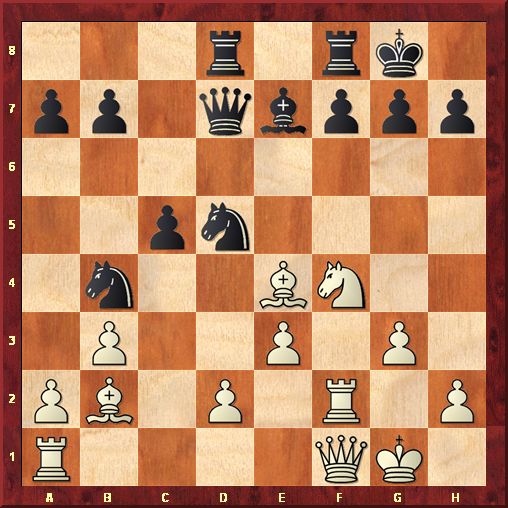 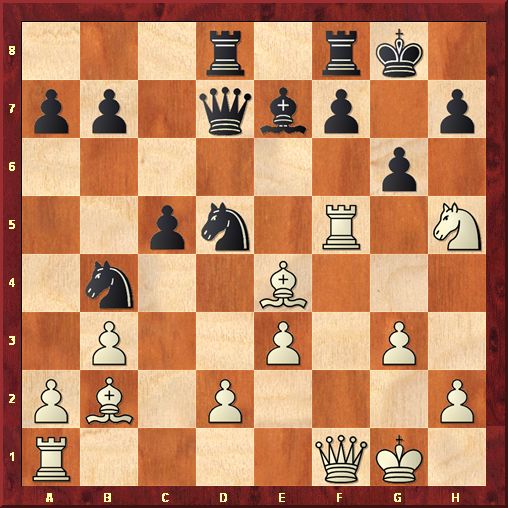 23.Qc4! (The queen jumps out decisively and threatens to land on the long diagonal a1-h8 or on the kingside. At the same time the square f1 is free for the other rook.) 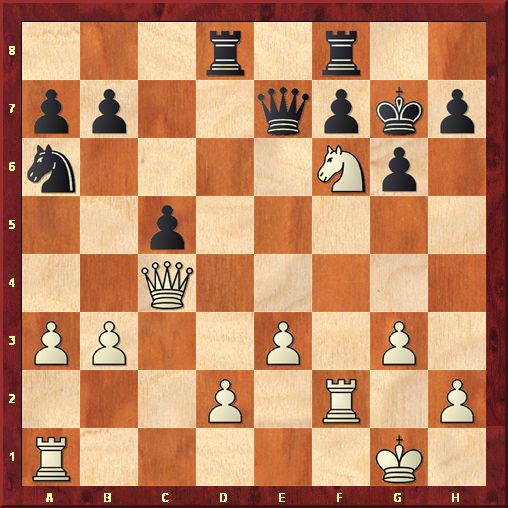 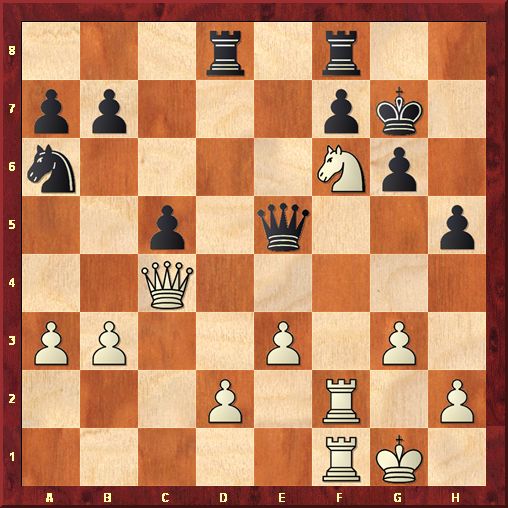