By Robin Emmott and Tom Körkemeier

BRUSSELS, July 14 (Reuters) - Chancellor Angela Merkel once said she wished "for nothing more than a free-trade agreement between the USA and the EU".

To the dismay of many in Brussels and Washington, Germans are now taking a very different view. That is putting Europe's biggest exporter in the unusual situation of becoming one of the most vocal opponents of the world's biggest trade deal.

A transatlantic pact would create a market of 800 million people and allow Germany to sell more of its luxury cars, trains and chemicals in the United States, an attractive proposition for an economy that has faltered in recent months.

But in a twist that few officials expected, European concerns about the threat to food and the environment have found their strongest voice in Germany, amplified by the country's influential Green party and anger at reports of U.S. spying.

The difficulty of selling the benefits of a deal, which could generate $100 billion a year in economic growth for both the EU and the United States, is a sign of the challenge for governments seeking to contain a growing hostility to the talks.

"We do not want this sort of agreement," said Ska Keller, a 32-year-old German Green who gained prominence at home during European elections in May by putting the trade deal at the center of her campaign. "I don't expect anything positive to come out of the negotiations," she told Reuters.

Even before the latest reports of U.S. spying in Germany, the idea that the U.S. technique of disinfecting chicken with chlorine might be introduced in Europe has alarmed Germans and highlights their wider suspicions about an EU-U.S. accord.

The phrase "Chlorhuehnchen", or chlorine chicken, has entered the parlance of everyone from taxi drivers to housewives since trade negotiations began a year ago.

An Internet search for the term generates thousands of results, bringing up cartoons of animals dumped in vats of chemicals and stabbed with needles.

A majority of Germans believe chlorine-washed chicken is a danger to human health despite its successful use in the United States to kill bacteria, according to survey by pollster Forsa.

In the European Union, antibiotics are used. Brussels says there will be no change in policy even with a U.S. deal.

Chancellor Merkel was instrumental in getting EU leaders to agree to negotiations with the United States towards the so-called Transatlantic Trade and Investment Partnership, or TTIP.

A deal would strengthen a transatlantic trade relationship already worth $3 billion a day, remove barriers to business and strengthen the West's power over China to shape world trade.

Negotiators meeting in Brussels for a sixth round of talks this week hope to reach an agreement sometime next year. But they are struggling to raise awareness beyond vocal labor and consumer groups who largely oppose an accord.

The EU's trade chief, Karel De Gucht, has warned that many Europeans think the TTIP "is an extraterrestrial."

Public support is crucial because the U.S. Congress and the European Parliament must ratify the pact. Germany has the largest contingent of lawmakers in the parliament.

Unlike some of their EU counterparts, Germans are aware of the negotiations. Barely a week goes by without the topic being raised on TV talk shows, in magazines, newspapers and on the radio. Unfortunately for proponents of a deal, much of the commentary is negative.

"It is easier to win an argument with fear than with facts," said a German businessman in the chemical industry. "Chlorine chicken ... genetically modified foods - these are out of the agreement, but it is hard to get the message across."

And it's not just about food.

Plans to allow companies to bring claims against a country if it breaches the trade treaty have created a furore in Germany, even though Berlin uses the dispute mechanism in other trade accords and is credited with having invented it in the 1950s.

"Payday For Vultures" ran a headline about the issue in German weekly Der Spiegel on March 10.

German Economy Minister Sigmar Gabriel has said he sees the mechanism as unnecessary, as both the EU and the United States have strong enough legal systems to protect investors.

The United States is unlikely to accept a trade agreement without the dispute mechanism. But to make matters worse, the new chairman of the European Parliament's influential trade committee, Germany's Bernd Lange, is strongly against it.

The U.S. ambassador to the European Union, Anthony Gardner, has expressed concern.

"I have never met Mr. Lange, but perhaps is important to explain to him the history of this mechanism," Gardner told reporters this month. "It was indeed invented in Germany."

For now, EU and U.S. officials say they are on the front foot in their campaign to sell the benefits of the deal.

The EU's De Gucht is one of the most active, visiting German universities and giving speeches to Germany's upper house of parliament. But there no sign yet that Germany is convinced.

"There's a delusion that somehow Germany has the same attitude to free trade that Britain does, and that is just not true," said Phillippe Legrain, a former advisor to the president of the European Commission.

"Being a big exporter doesn't mean that you like opening your markets," he said. (Additional reporting by Annika Breidthardt in Berlin and Francesco Guarascio in Brussels; Editing by Larry King and John Stonestreet)

Fear Of 'Chlorine Chicken' Complicates Trade Talks Between U.S. And Germany
Countries That Consume The Most And Least Meat 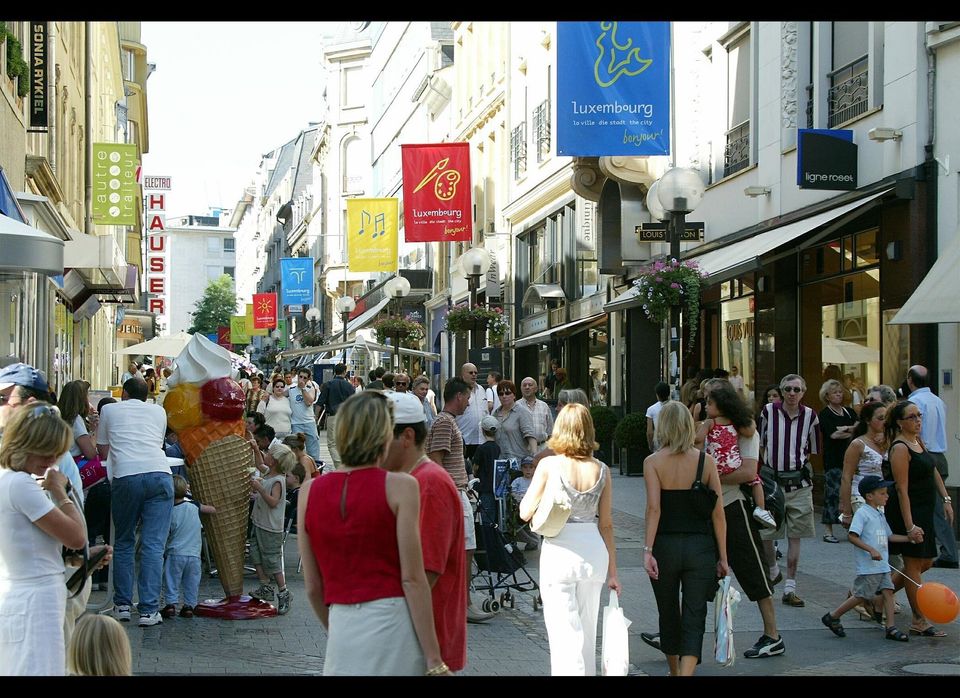