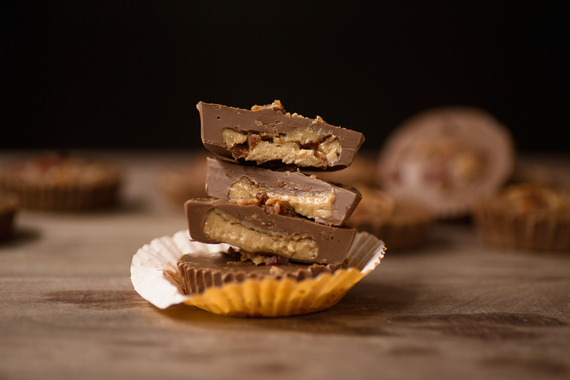 Chocolate has been irresistible for ages: the Aztecs used it as currency, the Spaniards kept it a secret from neighboring countries for about a century, and the average American eats 9.5lbs of it in one year. It's safe to say we're all obsessed with chocolate... and we may even be addicted to it.

So, if you've proclaimed chocolate as your drug of choice, you're not alone. But what is it about chocolate that turns some people from dabblers into full-blown chocoholics?

More: Buying These Organic Foods Is a Waste of Money

Your brain thinks it's a drug
It turns out that a substance called enkephalin may be responsible for turning chocolate from a pretty tasty treat into a legitimately impossible-to-resist indulgence. Researchers who fed chocolate to rats (fun!) found that enkephalin triggered opioid receptors -- yep, the ones that react to opiates like morphine -- in a part of the brain that increases the impulse to eat. The effect worked both ways: chocolate consumption spurred enkephalin production, and injections of enkephalin-like substances increased chocolate consumption, suggesting that it's pretty easy to binge on the stuff. Once you start, your brain tells you to eat more. And more. And more.

Even the lead author of the study, Alexandra DiFeliceantonio, didn't mince words when she said, "The same brain area we tested here is active when obese people see foods and when drug addicts see drug scenes." So you may be literally powerless to stop yourself when that candy bar calls you. Tell that to the roommate who bought the bag of M&M's she was trying to keep for herself! 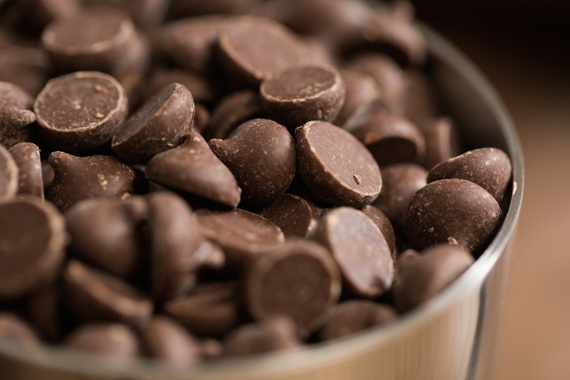 What is it about chocolate that separates it from other candy?
That's the tough question; it's one thing to see how the brain reacts to a food, and another to explain exactly why the food produces that effect.

In chocolate's case, there are likely a number of factors at work. Not only does eating chocolate spark chemical reactions in the brain that tell you to continue consuming, it also leaves a lasting impression. "You have memories of how great chocolate tasted in the past, and how good it made you feel," Dr. Melina Jampolis, president of the National Board of Physician Nutrition Specialists and author of The Doctor on Demand Diet, said in an email.

What exactly causes this combination of chemical and emotional appeal? Sugar and fat play a role, sure, and a classic milk chocolate bar has both.

But there's more. Chocolate contains a bitter-tasting stimulant, called theobromine, that helps put that pep in your step after you've eaten a square or seven. Theobromine is the reason chocolate is toxic to dogs (and sometimes even bears), but in humans it's analogous to caffeine, and may be at least part of the reason chocolate is so addictive. When combined with the actual caffeine in chocolate, the resulting duo boosts your mood, concentration, and arousal. And with what Dr. Jampolis calls "tremendously appealing and hedonistic sensory properties" (just think of how it envelops your mouth in sweetness as it melts on your tongue), it's no wonder going on a Godiva bender's so easy. Because hedonism sure does feel good.

Culture plays a huge role in consumption, too. For modern chocoholics, chocolate's appeal began with its unique status in an industrialized world; William Gervase Clarence-Smith, author of the rivetingly titled Cocoa and Chocolate, 1765-1914, says that as stimulants and mass-produced beverage became more prevalent in the late 19th century, chocolate "bridged the gap that often existed between stimulants and food."

Think about it: A food with a theobromine-caffeine energy boost is kind of a neat trick. Most people are more accustomed to food comas, caffeinated peanut butter notwithstanding.

To find out more about chocolate's health benefits and how much of it you can eat, get the full story at Thrillist.com!

Funniest Reasons For Vetoing A Baby Name, According To Parents Who've Been There