Katharine Hepburn reportedly said of herself, "What you see before you, my friend, is the result of a lifetime of chocolate.” Inspired, we broke that down into hours, weeks, months and years. Here’s what a fix can do….

Within 90 minutes…your neurons are humming.
One way in which scientists test for alertness and mental stamina is by asking their subjects to do math in their head -- counting down by 3s and 7s, for instance -- tasks so tedious they’re prescribed for insomnia. But 90 minutes after people drank cocoa, they rattled off correct numbers, found a study at the U.K.’s Northumbria University. Credit goes to flavanol, a plant antioxidant that has been found to widen blood vessels and increase blood flow in the brain. How much flavanol you get depends on origin, harvesting and processing, says one of the study's authors, Crystal Haskell-Ramsay, PhD. The most flavanol-rich options are usually the darkest and bitterest, like cocoa powder and baking chocolate. To match the study’s cognitive sweet spot, she says, we’d need roughly 7 grams of special, enriched high-flavanol cocoa powder or a 3.5-ounce chocolate bar with at least 70-percent-cocoa content. (The cocoa powder in the study was CocoaPro; it's in CocoaVia and Dove Dark Chocolate products.)

Within two and a half hours…you can resist a pizza buffet.
Even if Mario Batali invites you to dinner tonight, you might be surprised by your own restraint. About 2.5 hours after eating 70-percent-cocoa chocolate (a 3.5-ounce bar), volunteers at the University of Copenhagen consumed 17 percent fewer calories at an all-you-can-eat pizza buffet than if they had eaten milk chocolate earlier on. Sweet, salty or fatty foods just didn’t have the same draw, they said. Other research confirms: Dark chocolate—perhaps because it’s so intense -- decreases levels of the appetite-stimulating hormone ghrelin and is more filling. And here’s the surprise: Even the smell of it made people less hungry.

Within three hours…it’ll start to protect your heart.
This is when cocoa begins working like a class of hypertension drugs called ACE (angiotensin-converting enzyme) inhibitors, found researchers at Sweden’s Linköping University. The dose: about 2.6 ounces of unsweetened 72-percent-cocoa dark chocolate, which decreased the blood-pressure regulating enzyme (ACE) by 18 percent in three hours. Other research found that by the two-month mark, a daily dose of high-flavanol chocolate led to a drop of 2-to-3 mm Hg in blood pressure, which may translate to an 8 percent lower risk of stroke. While no cardiologist is (yet) prescribing chocolate in lieu of pharmaceuticals, research is ongoing. Chances are, patient compliance would be high.

After two weeks…your gut feelings start to change.
People who call themselves “high-anxiety” types experienced a dramatic shift at this point, found a study published in the Journal of Proteome Research. Before they started eating dark chocolate (about 1.5 ounces) daily, their urine and blood samples showed high levels of stress hormones. After two weeks on the regimen, those hormones dropped significantly. The scientists also noted changes in gut-bacteria metabolism, which suggests that microbes in the colon got better at processing -- and maximizing the benefits of –- flavanol and other healthy polyphenols. Flavanol is also a known prebiotic; it supports the “good guy” bacteria like Lactobacillus that you’d get if you ate that other “soothe-food”: yogurt.)

After one month…hard-earned benefits are rolling in.
Great news for those with the steely discipline to eat chocolate every day, all month. By now, your ratio of “good” (HDL) to “bad” (LDL) cholesterol may have improved, as it did in volunteers who ate about 2.6 ounces of either dark or high-flavanol chocolate every day. The benefits may be cumulative, helping to prevent old-lady haze in the first place: People in their seventies who say they habitually eat some chocolate each week (along with polyphenol-rich wine and tea) scored significantly higher on cognition tests than abstainers. And, after a month of high-flavanol cocoa (we’re talking 500 mg of flavanols a day, no less; which is in 7 grams of high-flavanol cocoa powder or a 3.5-ounce bar of intensely dark chocolate), subjects reported feeling significantly more serene.

After two and a half months…no one knows you eat like a teenager.
At this point, you might scarf down hamburgers and cheesecake every day -- yet have less inflammation and a lower insulin level than expected. Cocoa-eating mice seem to, at least. When they ate the human equivalent of 10 tablespoons of (low-sugar, low-fat) cocoa powder daily, their insulin levels dropped to almost one-third less than that of non-cocoa-eating mice on the same fatty diet. That’s almost as low as that of mice on a low-fat diet. And they lost -- lost! -- weight to boot. One theory: Prebiotic flavanols in cocoa may improve the gut barrier, thereby preventing endotoxin, a junk-food-thriving bacterium, from leaking outside the digestive system and triggering the inflammation and insulin resistance that precede obesity and type-2 diabetes. (The researchers think humans will benefit similarly; stay tuned.)

After three months…your skin looks 13 years younger (without fillers).
Okay, maybe not a decade younger, but at least it may be suppler, smoother and plumper -- found a German study that compared women’s skin on and off a high-flavanol cocoa regimen. For those who drank a high-flavanol (329 mg) cocoa drink (comparable to most of a 3.5-ounce, 70-percent-cocoa chocolate bar) every morning for 12 weeks, the rate of blood flow to the epidermis doubled compared with a low-flavanol group. As a result, their skin became, on average, 16 percent denser, 11 percent thicker, 13 percent moister and 42 percent less scaly than before the experiment. Plus, it was 25 percent more resistant to the skin-reddening effects of UV rays -- comparable to a mild sunscreen. There they are again, flavanols and other antioxidants saving our hides.

After a year…you may feel thinner.
Chocolate poses an intriguing paradox, found researchers at the University of California at San Diego. Of the 1,000 adults they followed, those who regularly ate the stuff more than twice a week turned out to be slightly thinner than those who ate it less frequently. And, no, they weren’t exercising more. The mystery may be explained by rodent studies in which cocoa’s flavanols subtly retuned metabolism and increased sensitivity to insulin -- resulting in the seemingly impossible: exercise-free, diet-free weight loss. But before you go hog-wild, note that the chocolate lovers didn’t necessarily eat chocolate every day or very much in a serving. It’s an energy-dense food, says Haskell-Ramsay—especially when sugar is added. To prevent your habit from leading to weight gain, she recommends making sure that the chocolate is consumed in place of -- rather than in addition to& -- something else.

After a decade…it still gets your blood flowing.
When investigators tracked chocolate’s cardiovascular benefits for up to ten years, the trends were…heartening. Of 31,000 Swedish women, those who said they ate chocolate once or twice a week had a 32 percent lower risk of heart failure than abstainers. While science can’t prove that cocoa gets all the credit, its flavanols may deter platelets from clumping together to form deadly clots. But -- and here’s a big one -- most of us prefer milk chocolate to the darker stuff, and all that excess sugar every day can eventually outweigh the benefits. The lesson is to eat the treat only its leanest, most potent forms: Cocoa or dark chocolate that’s high in flavanol, low in sugar and fat. Which, to some, is bittersweet news.

What Chocolate Can Do For You
100 Chocolate Recipes 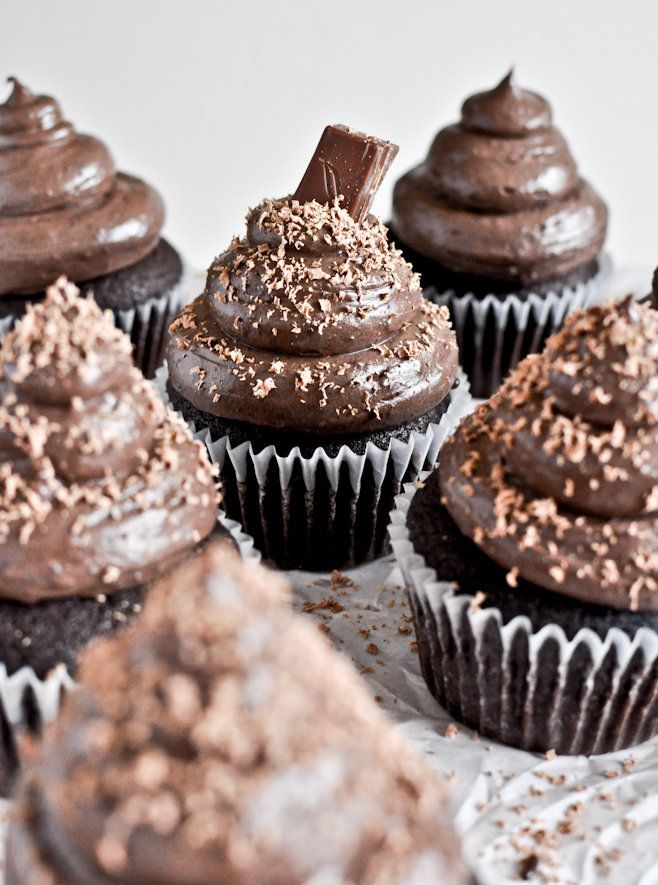