Every so often, my older son will listen to my husband and I hash out plans for the weekend and say sarcastically, "Wow, I can't wait to get married." And every time, I turn to him and say, "Honey, marriage is love and logistics."

Marriage is also, to paraphrase Huis Clos, other people. When my husband and I married in 1993, I began to know my mother-in-law well. I come from a long line of strong, bossy women. My mother-in-law is strong but not bossy. She asks, she suggests, she goes along, and she reminds, but only in the kindest, gentlest way. As the mother of three strong-willed boys, she knows what it's like to live in a house filled with testosterone and she also knows that it's unlikely that any of those men are going to put Mom's needs first. As Estee Lauder, herself the mother of two boys, once said, "A good mother-in-law closes her mouth and opens her wallet." I've been the beneficiary of my mother-in-law's restraint and her generosity. I've also been the beneficiary of her love for her son.

By the time I met my husband, I had had serious relationships with four other men, men I thought I loved and might marry. The one thing they had in common was that they were all conflicted about their mothers. One still lived with his. My husband's love for his mother was free and easy, which made me think he might be free to love me freely and easily too. He did.

My mother-in-law's birthday is two weeks before Valentine's Day, and because my husband's brothers live far away, I've always felt that it was up to us to celebrate her birthday and do it right, and because my in-laws live two hours away, this invariably means lunch and cake on a Saturday. One of the reasons I like to celebrate my mother-in-law's birthday is so that I can say thank you for raising this good man. But I also have selfish motives: I want to show my sons that this is what adult men do for their mothers and what they should eventually do for all the women they live with and love: Celebrate them.

However, I'm far from the perfect hostess or daughter-in-law so despite the fact that I just published a cookbook/memoir, and there are desserts-a-plenty in it, including a delicious recipe for white birthday cake and buttercream frosting, by the time Saturday rolls around, I am usually too spent to bake or cook, so I usually just buy my mother-in-law a chocolate layer cake from our local bakery. We get it with fudge frosting on the outside and a thin layer of chocolate pudding inside. It's not a bad cake, and the bakery squirts out pretty pink roses onto the top that make it feel festive. But it's far from awesome and the last two times we've ordered it, it's been downright disappointing. This year, I decided I was going to bake my mother-in-law a cake from scratch. I had been making my way through Cal Peternel's new cookbook, Twelve Recipes, and I spotted his recipe for Chocolate Mistake Cake.

If you've read my book, Sweet Survival: Tales of Cooking & Coping you know that I am a food obsessive. Though this has some ugly manifestations -- I am too sad when I gain weight, and too happy when I lose it -- it also means I am addicted to trying new recipes, even when I probably shouldn't. So when I saw this cake, even though I had never made it before and Peternell plainly calls it Chocolate Mistake Cake, I blithely decided to substitute the gluten-free flour for the regular stuff because like every other middle-aged person in in the world, I'm gluten free.

You might have thought I would have closely read what Peternell writes at the top of the recipe:Mistakes are like vengeful kitchen gods. They cook side by side with us, ever ready to step in and put a finish to that dish. There's no losing them, so we invite them to the table to teach us what they can. There are moments in the making of this cake that seem like disasters. That they are not is delightful, but when they do show up , we'll be ready, saying, "Hey, Mistakes, sit down. I baked you a cake. Happy Birthday!" But I didn't.

The Chocolate Mistake Cake was easy to assemble and Peternell leaves it bare, suggesting you serve it with vanilla ice cream, frozen yogurt, or perhaps a cup of milk, but not even a dab of frosting. The cake rose beautifully in the oven. Then it had a nervous breakdown. Within seconds of coming out of the oven, it collapsed and there was a big, beautiful chocolate crater in the middle of it. I told my husband one of us was going to have to run to the mediocre bakery in the morning, put the cake in the freezer to stabilize it and went to sleep, hoping that a miracle would occur and the cake would right itself overnight. It didn't so I quickly made buttercream frosting (page 142 of my book) and then filled the crater with frosting.

The cake was no beauty, but it was delicious -- possibly one of the best cakes I have ever tasted: Rich, moist, heavenly. My mother-in-law loved it. At the end of the weekend, I wrapped up the leftovers and brought it to my own mother, who was the one who had taught me how to make cakes in the first place.

Because we live in the 21st century, I posted a short clip of us singing to my mother-in-law in front of the birthday cake on Facebook. One of my mother's friends commented, "She's a lucky woman." And I thought, I'm lucky too. If we can take the time to bake a cake and then sit down with the person we've made it for and celebrate something, anything, together, we are all lucky.

Valentine's Day is coming up. Love is complicated and unpredictable and sometimes in short supply. This cake says, "I love you." Make it for Valentine's Day.

Cut stick of butter into 1/2-inch-thick slices. Reserve butter wrapper. Put butter in a large mixing bowl, add boiling water, wait a a moment, then add the chocolate and leave aside to melt.

Use the butter wrapper to grease the sides and bottom of a 9-inch cake pan.

In a medium mixing bowl, sift together the flour, cocoa, baking soda and salt and set aside.

Add sugar and yogurt to the chocolate-and-butter mixture and stir with a whisk until smooth. Add vanilla and the eggs, one at a time, and whisk each time until smooth. Whisk in half the dry ingredients, until nearly mixed and then add the other half. Stir with the whisk until completely smooth and pour into prepared pan. Put in the oven and start checking for doneness in 25 minutes. The cake should be done in 35 minutes (mine was done in 40 minutes.)

Wait until cake is cool and then flip out of pan onto a pretty plate. If it craters, put in freezer to stabilize, then frost.

Combine the softened butter, confectioners sugar, vanilla, milk and salt in mixer and beat at slow speed until sugar is moistened. Raise speed to moderate and beat 1 ½ minutes. Stop mixer occasionally to scrape down the bowl. Frosting will be creamy and fluffy.

Make No Mistake: This Chocolate Mistake Cake Is Awesome
15 Foodie Towns For Retirees 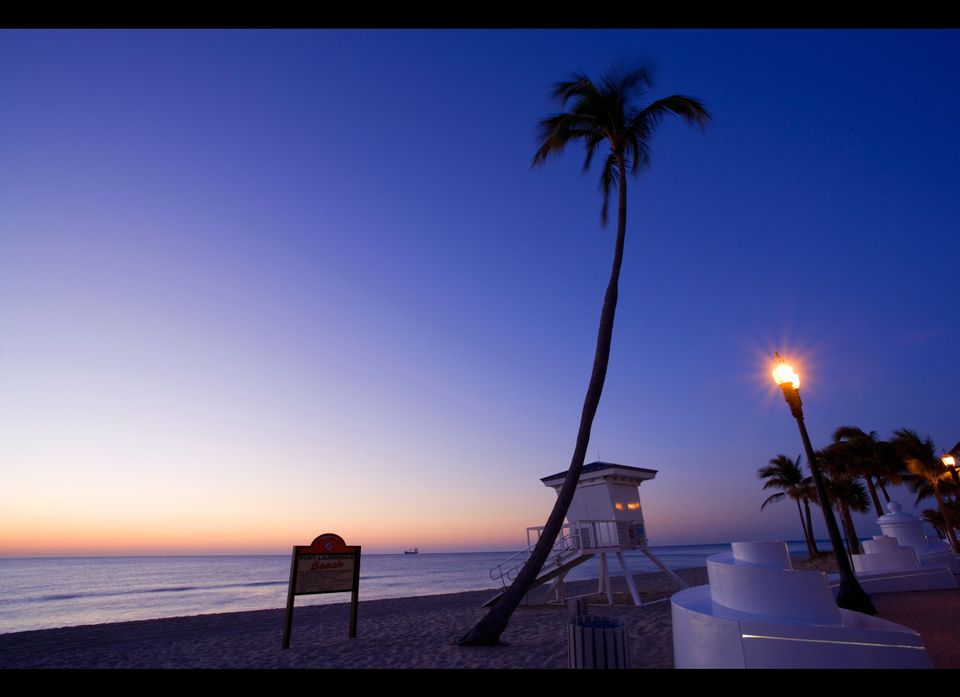