Good news for your sweet tooth -- a Swedish study has found a link between high chocolate consumption (more than 45 grams a week -- about as much as two candy bars) and a 20 percent decrease in stroke risk among women.

"Cocoa contains flavonoids, which have antioxidant properties and can suppress oxidation of low-density lipoprotein ['bad' cholesterol] which can cause cardiovascular disease [including stroke]," study author Susanna Larsson, an associate professor in the division of nutritional epidemiology at the Karolinska Institute in Stockholm, told HealthDay about the findings, which were published in the Journal of the American College of Cardiology.

Larsson and her team evaluated more than 30,000 women between ages 49 and 83. In 1997, these volunteers were asked to report how often they ate chocolate (along with nearly 100 other foods).

For the next 10 years, those women who consumed high amounts of chocolate were associated with a lower incidence of stroke -- their rate of stroke was 2.5 per 1,000, compared to 7.8 per 1,000 among their peers who ate fewer than 8.9 grams.

But the findings, which join a host of other studies pointing to the positive health benefits of chocolate, aren't necessarily an invitation to celebrate with a chocolate binge.

"Chocolate should be consumed in moderation as it is high in calories, fat and sugar," Larsson told Reuters. "As dark chocolate contains more cocoa and less sugar than milk chocolate, consumption of dark chocolate would be more beneficial."

Take a look at some of the other healthy benefits of chocolate -- but Larrson's advice stands here, as well. Consuming too much chocolate can be counterproductive, as it's often loaded with calories. 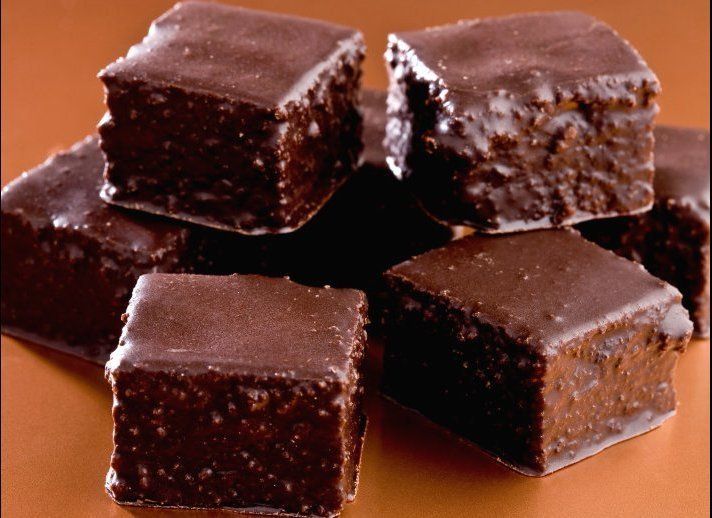