Celebrities are getting a makeover, er, I mean they're getting "cholafied." In order to understand the new trend one must know exactly what makes constitues a "chola."

A "chola", according to Urban Dictionary, is a girl of Hispanic origin, typically of Mexican descent, that has "thin, arched, angry looking tattooed-on or penciled-on eyebrows, brown or dark red lip liner, eyebrow and nose piercings, tats" and wears flannel shirts, lots of gold jewelry. The "chola" style is said to be common in southern California like East LA, San Diego, OC, and New York City. In Miami, some people use the term 'chongas'.

While some argue that the term "chola" is as derogatory as the "N" word for African-Americans, others agree that the term has been taken out of context over the years.

The term, along with "cholo" originated in describing people of Hispanic descent and over the last hundred years was used by non-Latinos to refer to Latinos in a derogatory manner. Recently in the United States, it has been applied to low-income Mexican-Americans with a specific manner of dress and appearance often times associated with gangs. In Peru and Ecuador, the term "cholo" refers to people with Amerindian racial ancestry. All in all, it depends where you are and how you use it.

From Justin Bieber ("Chola Bieber") to Mr. Rogers ("Señor Rogers aka Won't You Be My Chola"), celebrities from all walks of life are facing "cholafication." The person responsible for what the OC Weekly calls a "Latinized beautification" is Michael Jason Enriquez, an advertising student at Art Center College of Design in Pasadena, CA, according to his website.

Remezcla.com has named "Cholafied" as their "Favorite Tumblr of the Week," and says Enriquez takes pictures of celebrities, cholafies them, and gives them Chola names.

Remember when Selena Gomez dressed up as a "chola" for the MTV Europe Music Awards? Could she have served as the inspiration for Enriquez? Check out the video below and let us know what you think? 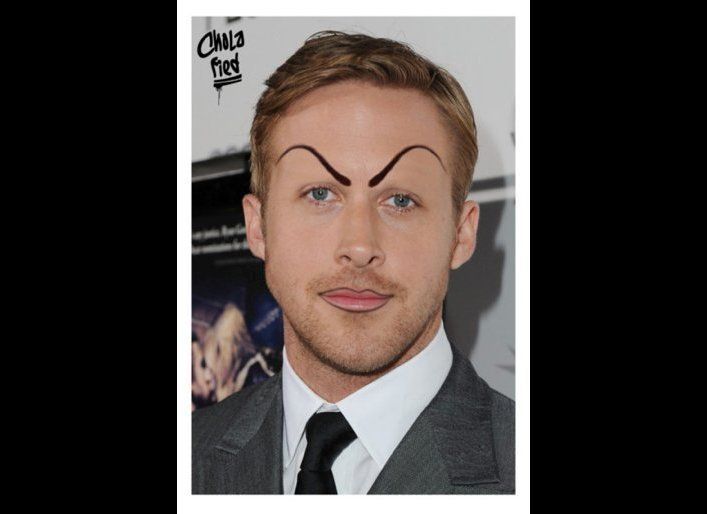