Hey guys. I've been sitting here for a week figuring out how to jump into this and there's really no easy way to start, so here it goes... I'm Raini Rodriguez and I've been bullied. There, the cat's out of the bag. I'm sure you are not surprised... or are you? I imagine lots of people get bullied -- your parents, your best friend, your neighbor and even your favorite TV star. Bullying happens all around us.

There are different types of bullying; one of the biggest ones out there right now is cyberbullying. I had the privilege of filming an Austin & Ally episode centered on cyberbullying, how it can get out of control, the ups and down that you feel and how to deal with it. It's usually never explained why you're the one people make fun of, and even if they do explain it's usually for some silly reason, like your hair color or the fact that you like to sing. For Trish, it was when she was cast as the star of the Marino High's school play. One person put a hurtful comment about her appearance online, which then led to another one being posted and soon it spread like wildfire and everyone was making fun of her.

When I was 11 years old, I was bullied. It mainly started when I moved to California to pursue my dreams of being an actress. Kids back home in Texas, who I thought were my friends, were saying things behind my back. They said that I would never make it because I wasn't talented or pretty enough to be on TV. They also said I wasn't funny and would constantly ask me why I was even trying. I won't lie, it hurt. Bad. Why would my "friends" turn against me? I was so upset. One night I talked to my parents and they told me something very important, as long as you're happy with who you are, it shouldn't matter what anyone else thinks. You control your own destiny.

That made sense. Why should I give someone the power to make me sad or angry about something that made me incredibly happy? From that day on, I learned how to deal with bullying. Now, it's not always easy and I have days that are worse than others, but I believe if you have a strong sense of self-confidence and surround yourself with supportive people, then you can conquer the world.

Sometimes it's easy to see the negative side of things or question why people bully you. You could think, "maybe they're right, maybe I'm not worth it, maybe I should just quit." But that's when you should fight the hardest. Now I don't mean fight physically, but mentally. Keep being you. Keep doing what you love. Share your passions with people who love the same things. Hang your accomplishments up on a wall, look up inspiring quotes and recite them every day, listen to your favorite song and just rock out with your friends. Whatever it is that makes YOU happy, do it. Sometimes, people like to spread negativity just for fun, it may not even have anything to do with you, it could be something they're going through. That's when you just ignore it the most and keep living your life the way you want to.

About a year ago, I had the opportunity to work with Disney's Friends for Change and Free the Children to attend a girl's leadership camp at Camp Hollywood. This was a weekend camp for girls from California to come and learn how to become better leaders for themselves and their communities, how to stop and prevent bullying and how to just overall become a better person. I attended all of their workshops that day and I heard their stories, and even told some of my personal stories about being bullied. I left that night feeling so amazing and empowered. I knew that what happened that day would change my views even more on the world.

Two weeks later, Disney, Heath Seifert and Kevin Kopelew, (the co-creators of Austin & Ally), approached me with the idea of filming a bullying episode. They told me they want Trish to be bullied because she's not your typical "bullied candidate" because she's very strong and confident. It would be important to show that bullying can happen to anyone. I was immediately excited. I remember thanking them for picking Trish to get bullied, and as funny as this sounds, I truly meant it. We were getting to showcase such an important issue going on right now and I was humbled that Trish got to be the example. Filming this episode was something special too. In the scenes where Trish cries, I was actually crying. Our crew was tearing up, the cast was tearing up, our writers, Disney, everyone. At the end of the week, I felt so incredibly proud of everyone. We all worked super hard to talk about a serious subject while trying to make it funny. Not an easy task, but I feel like we pulled it off. 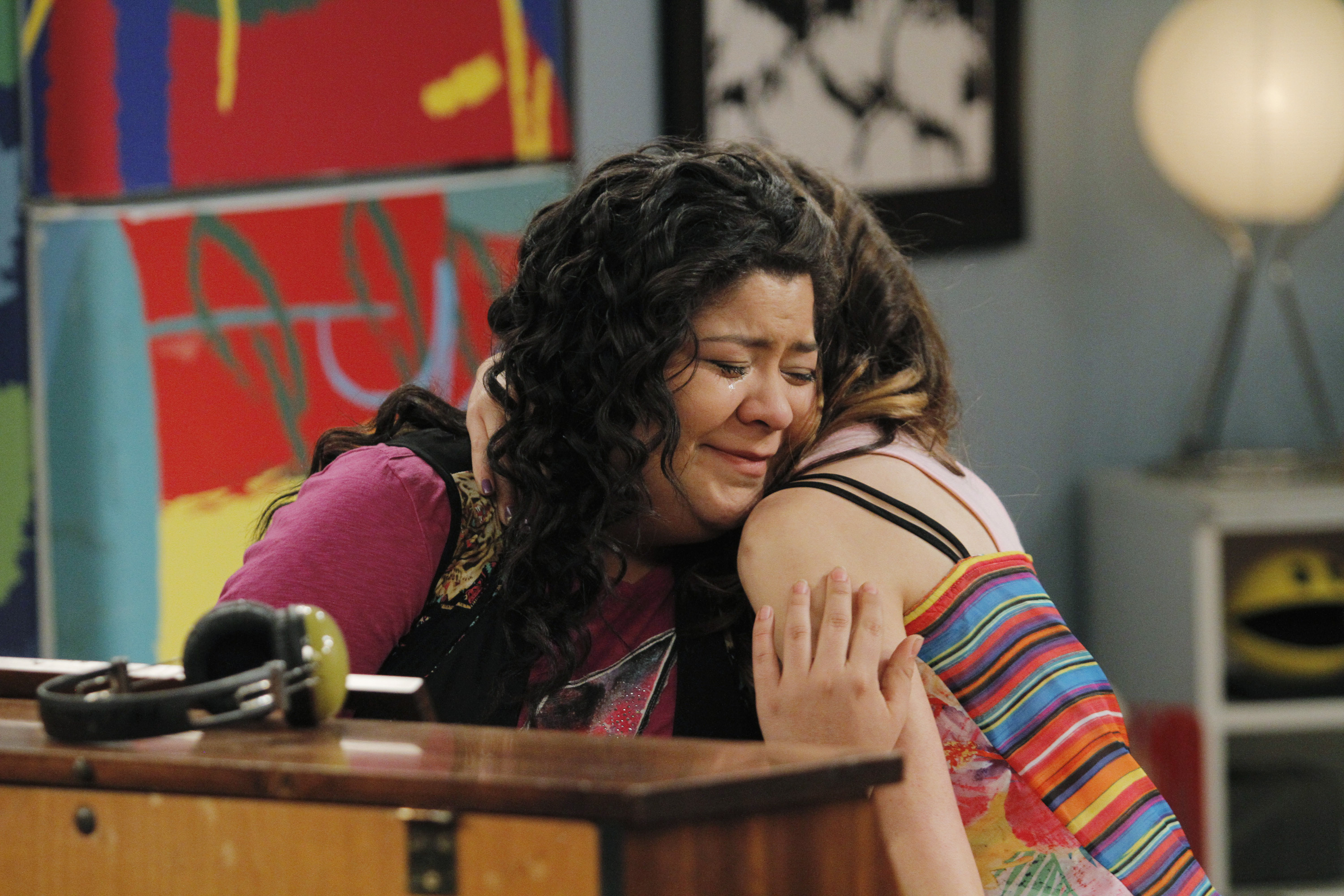 I hope when you watch "Beauties and Bullies" it touches your heart and you can relate to it -- whether you're Trish, Austin, Dez or Ally. As you will see in the episode, they stick up for Trish, which I hope inspires you to stand up for your friends or even a stranger if you see them being bullied. You can always talk to a parent or a teacher, trust me, someone will always be there to listen. Bullying is never fun, it's a cruel and terrible thing to do to someone. If you are being bullied, it is NOT your fault. No one deserves to be bullied EVER. You are amazing and you should never let anyone make you feel any less. Remember if Trish and Raini can get past it, so can you.