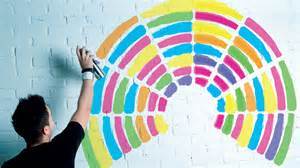 If "the pen is mightier than the sword," then your keyboard has the power of a super nova. Use it.

Jacob Appelbaum's opening remarks at the World Forum for Democracy 2015, posted November 20th, should be required viewing on the internet today as the power brokers of the world meet in Paris to discuss climate catastrophe shadowed by terrorism.

Appelbaum's insights captured on video (linked below) can be used as the impetus for our overdo mass engagement in a peaceful & effective rebellion that emphasizes a democratic manner of implementing conflict resolutions. Utilizing the most powerful choice that each and everyone of us must make at the onset of every conflict, every challenge. A revolution insuring no harm while enforcing unprecedented change in record time, while sitting behind our computers, collectively. Right here, right now. 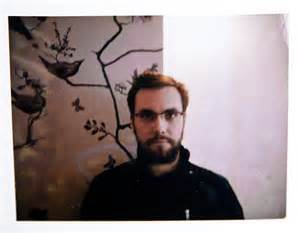 An uncommon collaboration of intelligent pacifism. Unexpected powerful change happening quickly with our collective keyboards. We the People of this planet, united by a majority that is effeminate in nature, for too long rendered helpless by a patriarch ruling power that has proven itself aggressive, antagonistic, antiquated, barbaric, corrupt, and impotent. In a nano second speed solution driven society, lead by youthful energy and mindful awareness, we must take our power back. We can do this passively. No blood shed. No injury. Safely, effectively, as a world wide team on the world-wide-web, utilizing our computers. Together Everyone Accomplishes Much.

... the core contributing problem...is intolerance, it is a lack of openness, a lack of welcoming, it is this fear of the other that we see.

...We should look to the Norwegians for a response, rather than the Americans. After Breivik committed egregious acts of racist, violence, terrorism, Norway decided that they would choose a path of more democracy, one where instead of alienating and pushing people away, instead Norway as a country would continue to do things in the way that they had always done them, refusing to terrorize, refusing to allow the terrorists to change Norwegian society. We should look to that. We should not follow the American example, we should follow the Norwegian example of more democracy and not violence.

We are in agreement that water, food, housing, education, health care, and our carbon footprint are in direct conflict with our very strong selfish human tendencies. We are in agreement that the trillions spent on wars must be diverted to development and research of carbon sequestering and climate catastrophe regional preparedness.

We must unite behind the safety of our computers since protesting in the streets of our cities has been preempted by a police state heavily armed. We must demand that all manufacturing, distribution, and ownership of any and all forms of weaponry end immediately, and those working in these industries seek employment in the farming sector of our societies. We must view all acts of terrorism (individual, group, corporate, government) as a cowards inability to communicate and an immaturity of consciousness.

We must embrace the powerful, pacifistic, peaceful action that has been veiled by hostility.

There are two things you can do right now if you would like. First, you can install Signal on your smartphone, which will give you encrypted voice calls and text messages without backdoors, beating targeted and mass surveillance. I encourage you to do that now, it's free software, and it's free of cost. And you can install the Tor browser, which will give you the ability to browse the web and to be anonymous on the internet, where you'll actually be able to do things without leaving a data trail where spies can twist it and harm you later. And where it will make it more difficult for people to target you for other kinds of cyber-crime. Both of them are free software, implemented for freedom.

The third and final thing you can do right now is engage in listening, passive listening. Then share. Share this blog. Share your ideas of realistic solutions towards the progression for an evolved humanity. Post your comments below. Ideas are the new currency, spend it radically. Your ideas are backed by an infinite source, as long as you are still alive. It is later than we think. We must act now, bracing for impact.

"Another world is not only possible, she is on her way. On a quiet day, I can hear her breathing." ― Arundhati Roy