"Cities today are the engines of the greatest surge in innovation, creativity and problem solving in human history ... and cities that think of themselves as platforms will become stronger, attract better talent and become smarter from the bottom up."


Let's be frank. The strength of America's economy and as well as our political prowess in the world are inextricably linked. Cities -- not the Federal government -- are best positioned to renew and reinvent America for the new, global, knowledge-based economy.

In this new world economy where every nation, every community, every individual is competing with every other, as President Obama said before a joint session of Congress:

"We need to out-innovate, out-educate, and out-build the rest of the world...We have to make America the best place on earth to do business."

Increasingly, cities across America are starting to change the focus, deploy technology and prepare our citizens to out innovate, out educate and out build every other community and thus every other nation in the world. It is the cities -- not Washington, D.C. -- that we need to look to for leadership to reinvent America for the new economy.

Of course, whom we elect as president is important, but whoever emerges in 2016, there role is extremely limited as to what they can accomplish with so many issues outside the domain of the President's power. Urban scholar and author Neal Pierce observed, that national economies no longer exist; only a global economy and a "constellation of regional economies, with major cities at their core."

More recently, Benjamin Barber, author of If Mayors Ruled The World, underscored the notion that cities are critical to almost everything we need as a country, and has written:

"The nation-state is failing us on the global scale" ... "cities and the mayors that run them, offer the best new forces of good governance...They are the primary incubator of the cultural, social, and political innovations which shape our planet."

Technology, particularly the "Internet of Everything" (IoE), where everything is connected to almost every other thing, is providing cities and their elected officials with the tools to ensure safer cities, better transportation, health care, energy and water conservation, clean air, and environmental services. By installing the broadband necessary for the IoE, cities are also building the platform for innovation. 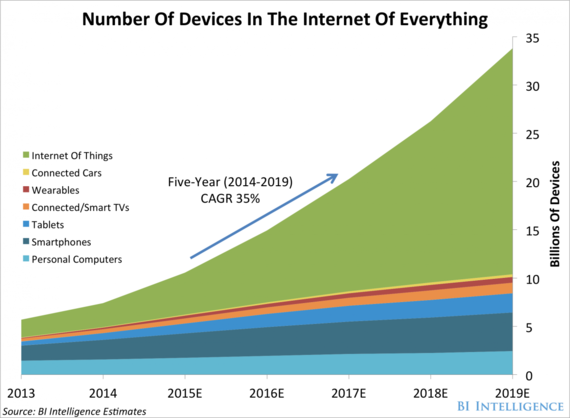 The new broadband infrastructure coupled with Big Data analysis can serve to make the city government more transparent and also encourage individuals and companies to develop innovative products and services; and importantly, engage the general public to help create "efficiencies that save taxpayer money" and "build trust in the public sector." That is at the heart of The Responsive City: Engaging Communities Through Data Smart Governance, by former Mayor of Indianapolis and Deputy Mayor of New York, Stephen Goldsmith and Susan Crawford, co-director of the Berkman Center for Internet and Society at Harvard and special assistant to both President Obama and former New York Mayor Michael Bloomberg.

As IBM, which launched a "smart cities initiative" in the last few years put it:

"As cities grow in both numbers and population, they are taking their place on the world's center stage, with more economic, political and technological power than ever before. Economically, they are becoming the hubs of a globally integrated, services-based society. Politically, they are in the midst of a realignment of power -- with greater influence, but also greater responsibility."

According to Cisco Systems, IoE could generate $4.6 trillion in value for the global public sector by 2022 through cost savings, productivity gains, new revenues and improved citizen experiences... Cities have the potential to claim almost two-thirds of the non-defense (civilian) IoE public sector value. Cities, they believe, will capture much of this value by implementing killer apps in which "$100 billion can be saved in smart buildings alone by "reducing energy consumption."

City leaders are awakening to the challengers and the opportunities before them. In just the last few years, over 50 cities have joined forces to create an organization called Next Century Cities. Together they have committed to embracing technology, identifying opportunities to change their current systems of police, fire, safety, transportation, health care, water and energy and more; and finding more ways to collaborate at the state, county and city level, keys to our Nation's success and survival.