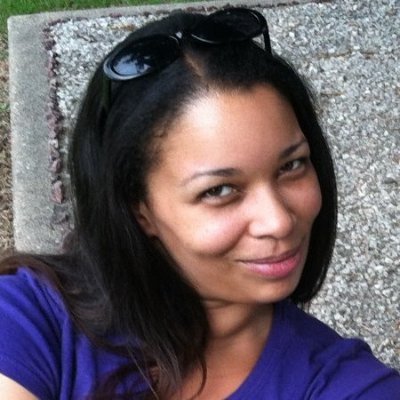 Denver native Taletha Fitzpatrick describes herself as a problem-solver who "keeps moving forward" no matter what. After graduating from the Aerospace Physics program at Metropolitan State University of Denver, she joined Jeppesen Sanderson, Inc., where she works as a Quality Systems Specialist. Her story is an inspiration for anyone pursuing a STEM career or considering a major career transition. We are looking forward to her involvement at the GlobalMindED Conference (www.globalminded.org), June 9-10 in Denver.

Taletha graduated from George Washington High School with an International Baccalaureate diploma. She planned to pursue the arts in college as she had for most of her life: "I was an accomplished musician from elementary school and through high school. I began my university education at the University of Colorado as a music major. But ongoing issues with anxiety and depression, which stemmed from a chaotic home life, resulted in such powerful performance anxiety that I couldn't get to my classes."

She left college in 1999, and only in 2009 did she decide to complete her bachelor's degree. After giving music another try at Indiana University Southeast (New Albany, IN), she felt that she might enjoy, and have more success in, another field. She "had been interested in science from a very young age. As a matter of fact, my first career choice as a child (besides rock star) was astronaut." Recalling her positive experiences in elementary school, when she was selected to travel periodically to another school to take astronomy classes, she discovered that "the desire to learn all about the universe and how it works was still there."

The decision to change course wasn't an easy one. "I excelled so easily in the arts: drawing, writing, music, you name it, that seemed to be what I was destined for," she says. She "spoke with a friend of mine who was a physics graduate student at Purdue University at the time. I wanted to get a feel for physics and see if the conversations I had with someone in the field would engage me enough to want to study it." Those conversations proved inspirational, and she decided to "take a chance on science."

Making the transition turned out to be as difficult as Taletha expected. "I was right. It was hard. I had to retake some math that I had taken (and forgotten) in high school. I then had to continue my math studies into Differential Equations. Many times I wouldn't learn the math I needed for a Physics class until the semester after I had already muddled through the Physics class. My undertaking was made much more arduous by the fact that I was on a medication that made it nearly impossible to remember day-to-day activities, let alone how to solve for the age of the universe using the universal constant," she recalls. Additionally, "I was an artist in my thirties, going to school full time and working what amounted to two part time jobs. I was in an emotionally abusive relationship. The ends weren't meeting most of the time and my homework was all that I had time for when I wasn't working or in class."

"It almost wiped me out entirely," she says, "but I was determined. And I knew that any little bit I did understand and retain would make me a much stronger and more fulfilled person in the long run."

In the end, it was worth it. As a Quality Systems Specialist, she enjoys the "opportunity to learn about the entire company by taking a look at how each department's processes fit into the quality management system to ensure high quality products and services." This summer, along with taking Six Sigma Green Belt classes (one of the highest certification levels in quality control), she will likely begin pursuing a master's degree, either in space systems, systems engineering, or physics.

When thinking back on the support systems and mentors that helped her through her new path, Taletha appreciates her professors for their professional, academic, and personal guidance: "The thing about the Aviation and Aerospace Science department at Metro is that everyone is excited about what they are doing there. That comes from a having a group of instructors who have a true passion for what they do and from Dr. Jeffrey Forrest, the department's chair, who is always there to provide encouragement and help me make it happen. Near the end, when I couldn't have possibly been more exhausted, he was always there to provide that extra push and remind me that I was doing something extraordinary."

Taletha's instructors helped her to a remarkable and rare accomplishment: having a paper published as an undergraduate. "The combined efforts of myself, Dr. Forrest, David Gingerich (a professor and aerospace professional) and Andrei Abiin (another student)," she says, "paid off with our Russian r-16 Nedelin Disaster paper being published in the Journal of Space Safety Engineering (available here)."

Encouraging words from another professor were also crucial: "I would be negligent not to mention one of the hardest professors I've ever had, Dr. Jim Dove. I felt like the worst physics student ever in every single one of his classes. I remember sending him an e-mail to that effect when all was said and done. He told me not to beat myself up, that he had seen students do far worse with far less on their plates. That doesn't seem like much at face value. But it was the truth coming from one of the most exceptional people I've ever met."

To anyone pursuing STEM, making a major transition, or trying to navigate a challenging academic program while faced with personal difficulties, Taletha offers the advice that helped propel her to success: "'just keep swimming!'"