It’s a journalist’s job to present the facts, to get both sides of the story and deliver their piece without bias. I haven’t worked as a journalist in three years, yet I realized recently that in some ways I still live like one. Too often, I sit on the sidelines of discussions, taking in the information, without expressing or sometimes even fully developing an opinion. There’s one issue I can’t sit on the bench about any more.

I want to tell you about a friend I met at a Partners In Leadership course a few months back. She said it wasn’t by chance that we roomed together during our third session. I agree.

She and her husband are in due process with their local school district. The district is forcing their son to move to a different school within the district. This would be more than an hour bus drive—both ways—for their son and it would also take him out of his home school, away from his sister and neighborhood friends. Why? Because he has Down syndrome.

Special education is meant to be a service for children rather than a place they are sent.

This particular school system takes the majority of their special education students and ships them from their neighborhood schools to one school within their district—putting these students in a self-contained classroom for a better part of the day. This is what modern day segregation looks like. This is segregation.

Before the ‘70s, children with disabilities had very few rights in the public education system. In many cases, they were not educated at all or attended separate schools. As laws were implemented, children started attending their neighborhood schools, but in separate classrooms isolated from their typical peers. This is often still the case today. Now it’s time move past this outdated method and move forward into inclusion.

Some will read this and argue that schools don’t have the resources to fund fully inclusive classrooms. And that argument is baseless. Funding is not a valid consideration for placement under IDEA and legally, not a legitimate excuse for the district. It is also important to note that school districts receive additional funding for each special needs student within their district in order to provide a free and appropriate education under IDEA. FAPE reads like this: A free appropriate public education is available to all children with disabilities residing in the state between ages 3 and 21, inclusive, including children with disabilities who have been suspended or expelled from school.

Schools are also required to place children in the Least Restrictive Environment. LRE, also known as the mainstream clause, reads like this: To the maximum extent appropriate children with disabilities are educated with children who are not disabled. And that the removal of children with disabilities from the regular education environment occurs only when severity of the disability of a child is such that education in regular classes with the use of supplementary aids and services cannot be achieved satisfactorily.

The services come to the child—not the other way around.

Special education is meant to be a service for children rather than a place they are sent. If you think this is one mom’s sappy ideal notion, it’s not; it’s the law.

So, why is this school district, and others like it, doing this? I’ve spoken to lawyers who have said it’s the old way of thinking. They argue that these districts need a paradigm shift. I’ve heard advocates say that it’s also about money. Instead of the school district bringing additional resources to children at every school, they are instead only providing those resources at one school, padding their pockets.

People with disabilities are not separated from those of us without disabilities in the real world, so why would we separate them at school?

With my friend’s help, I created a press release and reached out to local media outlets, which resulted in a half a dozen stories covered on their school inclusion case. I know it won’t make much of a difference in the outcome of their case, but at least more people will be educated on the issue. Her son will pave the way for younger children like mine.

People with disabilities are not separated from those of us without disabilities in the real world, so why would we separate them at school? It’s not reflective of the world we live in. It’s not ethical. It’s time to stop this modern day segregation. It’s time to get off the sidelines and choose a team.

Thank you to my friends and other parents who have fought this worthwhile battle. Thank you for your bravery. We know you are not only putting yourself through this for your own children, but for all of our children. You are civil rights leaders, you are parent warriors, thank you. 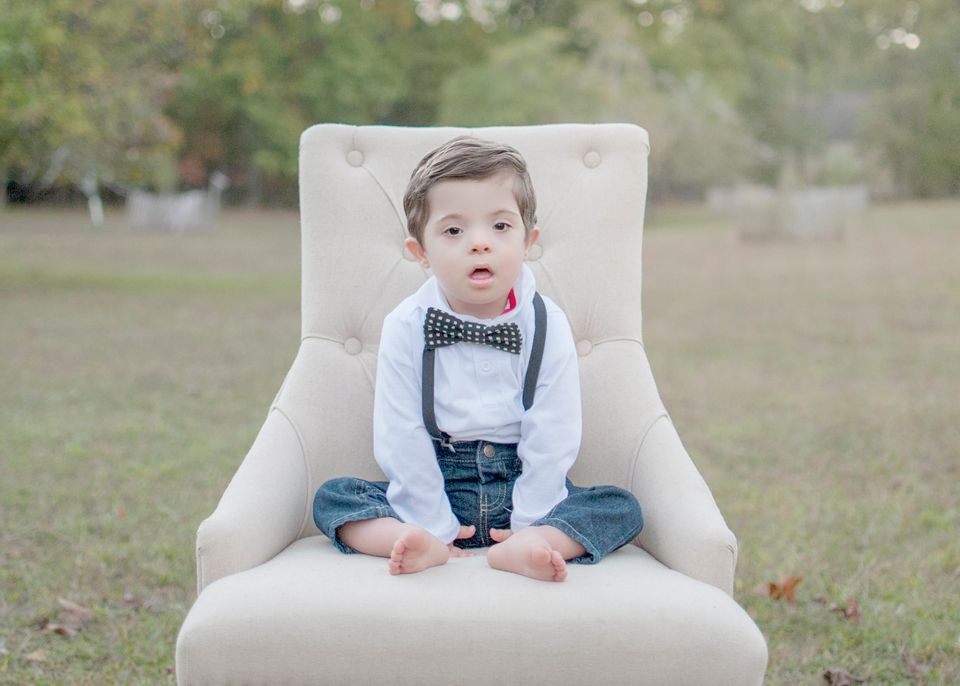 1 / 12
"Michael&nbsp;is 2 years old and is the best thing that has ever happened to me and my family. From the moment he wakes up to the moment he goes to bed at night, he has a constant smile on his face. He loves Mickey Mouse and loves to dance and play ball! Every time he hears music, he dances. Even in his car seat, in the car, he's constantly moving to whatever comes on the radio!"
<a href="http://www.juledphotography.com/">JuleD Photography </a>