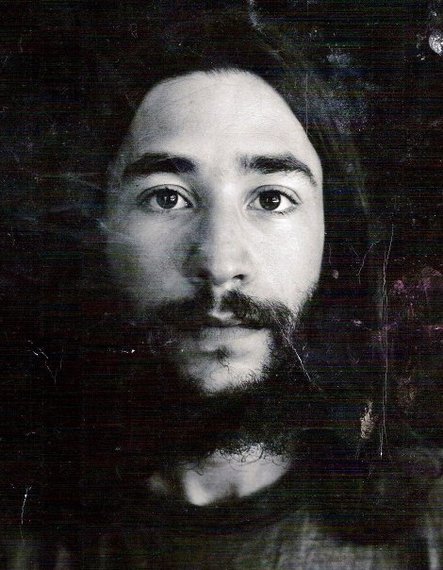 There is a moment in everyone's life when all the cards are on the table, all the chips, too -- the moment of truth when the entire universe, it seems, is conspiring to call one's attention to the choice we have every single day to let go of the past and move towards what is truly calling us, even if we have no idea where it will lead.

One such moment happened for me in 1969, during my first and only semester as a graduate student at Brown University's prestigious MFA Creative Writing Program.

Like most long-haired, Vietnam-phobic seekers of truth whose depression-imprinted parents would have much preferred him to have chosen law, medicine or the Talmud over poetry, I found myself, at the ripe old age of 22, sleeping 12 hours a day, posting my newly minted poems on trees at midnight, and feverishly reading Rilke, Wallace Stevens and William Carlos Williams just in case the conversation turned in that direction with any number of my far more well-read poetry professors engaging me in esoteric literary conversations at any number of ultra hip faculty parties I kept getting invited to -- the kind of heady gatherings where Kurt Vonnegut and other traveling bards kept showing up, laugh lines around their eyes unable to mask a lifetime's worth of sadness and despair.

It was at one of these high octave Ivy League literary soirees one autumn night, emboldened by whatever intoxicants I could get my hands on, that I was overtaken by a single question rising from my loins -- the kind of question that, if unspoken, the rest of my life would not only be a pitiful charade, but everything I ended up writing would, at best, be little more than a clever overcompensation for my chicken shit silence.

Approaching my first professor, large glass of wine in my right hand, I let it fly: "If you could be anywhere in the world, at this precise moment in time, kind sir, where would you be?"

"Hmmm..." my professor replied, dramatically pausing just in case a beautiful co-ed was standing nearby, "excellent question, indeed! Let me see... if I could be anywhere in the world at this precise moment in time where would it be? Well... that would be... Baja California. Definitely Baja Calfornia. Feels like home to me."

Nodding appreciatively and doing my bearded graduate student best not to bump into anyone as I crossed the now tilting room, I sought out my second professor, an unhappily married, hammock-bellied man who, I knew, was hitting on the same unhappily married shopkeeper in town that I was.

"Guatemala!" he blurted, without hesitation. "Definitely Guatemala, especially that sweet, little village 30 miles out the capital city. Love that place!"

Fueled as I was by what was now emerging as a definable pattern of response, I quickly found my way to the bar where Professor #3 was holding court, large humous stain on his too small polyester shirt.

"Hmm... where would I be if I could be anywhere in the world?" he repeated. "Easy! The Pacific Northwest. The rain! The fog! What a fabulous place to write. You really need to visit sometime, Mitch."

As I walked away, 22-year-old-knowingly, to the last of the lot, Professor #4, it began to dawn on me that none of my so-called mentors wanted to be where they were! All of them wanted to be somewhere else -- a better place, a different place, a more exotic place, but definitely not where we were standing. And here I was, aspiring to be just like them -- published, tenured, respected -- when 20 years later some wise-ass graduate student would ask me where I wanted to be and my answer would be somewhere else.

D'oh! Why not leave now while I still could?

I slept well that night and the next night, too, fully rested for my Monday morning class, the one Professor #1 began by calling my name, noting with tenured gravitas that he wanted to see me immediately after class, a request that could indicate only one thing- the jig was up, that I, Mr.-Attempt-to-Outstare-My-Professors-So-They-Would-Think-I-Knew-More-Than-I-Did, was about to be summarily kicked out of school, underwhelmed as my teachers were by the spotty quality of my work and the insidious ways in which Lawrence Ferlinghetti kept leaking into my writing, not to mention the fact that I still had no fucking clue what the big deal was about Wallace Stevens.

"Mr. Ditkoff," Professor #1 intoned as the class emptied out, "the faculty and I... have... after reviewing your work very carefully... decided to give you a full teaching scholarship."

"Quit?" he replied. "You can't quit. Don't you realize what you're being given here -- a full teaching scholarship -- an absolutely free education at one of the best graduate schools in the world."

"Like I said," sir. "I quit. My education needs to happen somewhere else."

Which is exactly what happened. Two days later I was gone. Two weeks later I was living where I really want to live -- Cambridge, Massachusetts, and doing what I really wanted to do -- being a night desk clerk at a second rate hotel -- working the midnight shift -- with plenty of time to live the poetry of life, not force myself to write about it.

SO WHAT? While I'm open to the possibility that "the world is my oyster", sometimes, at least for me, grilled cheese is more in order... or, better yet, fasting. Just because the world is dangling a shiny object in front of us doesn't necessarily mean we should grab it. No one knows for sure whether that shiny object is "right", "wrong," "grace" or "temptation". In the end. it all comes down to gut feel and our own sense of what's calling us. You can throw the I-Ching all you want, ask your closest friends for their sage counsel and convene focus groups until you're blue in the face, but ultimately it all comes down to you and your innate ability to tap into the essence of what it is that moves you. When you trust that, all doors begin opening up.

NOW WHAT? What is your "poetry of life" choice at this moment? What crossroads are you standing at? What decision is up for you these days? And what, if anything, can you do to increase your odds of making the choice that will have the best possible outcome for you?

Mitch Ditkoff is the Co-Founder and President of Idea Champions, an innovation consulting and training company based in Woodstock, NY. His most recent book of poetry, Full Moon at Sunrise, is his third. The above story is excerpted from his forthcoming book, STORYTELLING AT WORK: How Moments of Truth on the Job Reveal the Real Business of Life. If you'd like to receive an email alert when the book is published in the Fall, click this link and enter your email address in the space provided.