"I read a New York Times article about the zip codes with the worst crime statistics," writes Chris Arnade on his Flickr page. "I spent a few months last summer walking around and talking with residents of one of them, 11233. Here are a few shots from those few months."

11233 is the area of East New York and Brownsville in Brooklyn. Most of the stories you'll read about these neighborhoods involve grisly crime, drugs, gangs, foreclosures, and Wal Mart.

Arnade-- whose photos have enjoyed some serious popularity recently (go here, here, here, and here)-- just photographs the people of 11233: kids playing, old men relaxing, loving couples, and churchgoers in their Sunday best. The photos make for a nice respite from the grim coverage of an oft-neglected New York community.

To read the thorough captions Arnade provides for the photos below, please check out his Flickr page. And while you're there, be sure to look at his great series on addiction, pigeon-keepers, and Hunts Point, among others.

Also, to see some of the photos in person, prints will be sold at the Urban Folk Art Gallery in Brooklyn as part of a show called "Portraits and Pigeons," from March 9 - April 4. All proceeds will go to the Hunts Point Alliance for Children.

When he isn't snapping portraits and interviewing strangers, Chris Arnade is a full-time banker living in Brooklyn Heights. You can follow him on Twitter here. 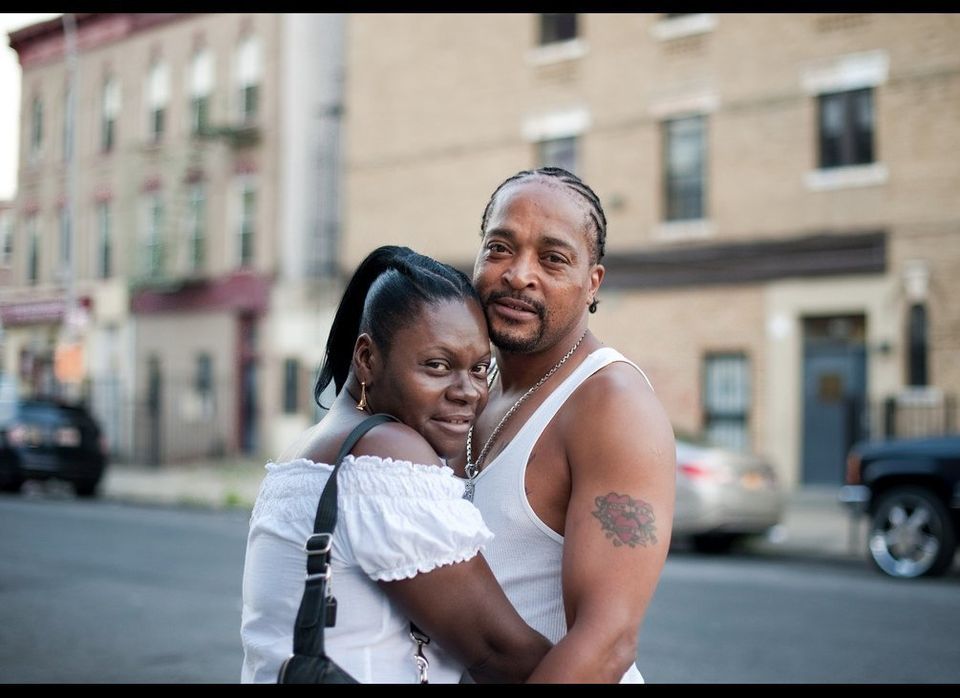