UPDATE: Reps for Drake told AP that he was leaving the nightclub when a fight erupted between Chris Brown and other partygoers: "A statement released Thursday says that Drake did not engage in activity that resulted in injury to a person or property."

Meanwhile, TMZ quotes a source identifying rapper Meek Mill as the person who struck Brown with a bottle.

Chris Brown has said he's eager to put all that Rihanna drama behind him, but the singer indicated otherwise Wednesday night when he reportedly got into a scuffle with Drake.

TMZ reports that Brown and his entourage butted heads with the "Take Care" singer at New York nightclub W.i.P. (where Mary J. Blige, Ne-Yo and Fabolous were also partying). Apparently it went down like this: Brown sent a bottle of champagne over to Drake's table. The YMCMB rapper and his party then came over and sparked an argument over Rihanna (with whom he was once romantically linked), then punched Brown in the face and threw the bottle at him.

A photo posted by GossipCop shows that Brown's bodyguard, Big Pat, was badly injured at the scene. A total of five people were injured at the nightclub, according to the NYPD, who arrived after receiving a call between 4am and 5am; police are currently investigating the incident though no arrests have been made. Both Drake and Brown had left the club by the time police arrived. Brown also took to his Twitter page to post a photo of the laceration on his chin (which he indicated came from a bottle) and revealing messages, like "How u party wit rich n**** that hate? Lol... Throwing bottles like girls? #shameonya!" and "Ok! N****s stand behind security! Ok! U don't pay them enough."

Brown has since deleted the messages on his Twitter page, including the photo of his injury, but you can view a screenshot of both here.

Meanwhile, rumors of a Brown-Rihanna rekindling have been reported in the press, primarily by TMZ, which spotted the former couple partying together at New York nightclub Avenue earlier this week. And in early June, Rihanna slammed a journalist from British Esquire for probing into the nature of her relationship with Brown. "If I went back to him [as a girlfriend], then that’s a whole different discussion ... I think a lot of people jumped to an assumption that was incorrect and they ended up looking stupid," she said. "This is turning into a tacky interview."

CORRECTION: This article has been updated to use the word "singer" instead of "rapper" to describe Brown. 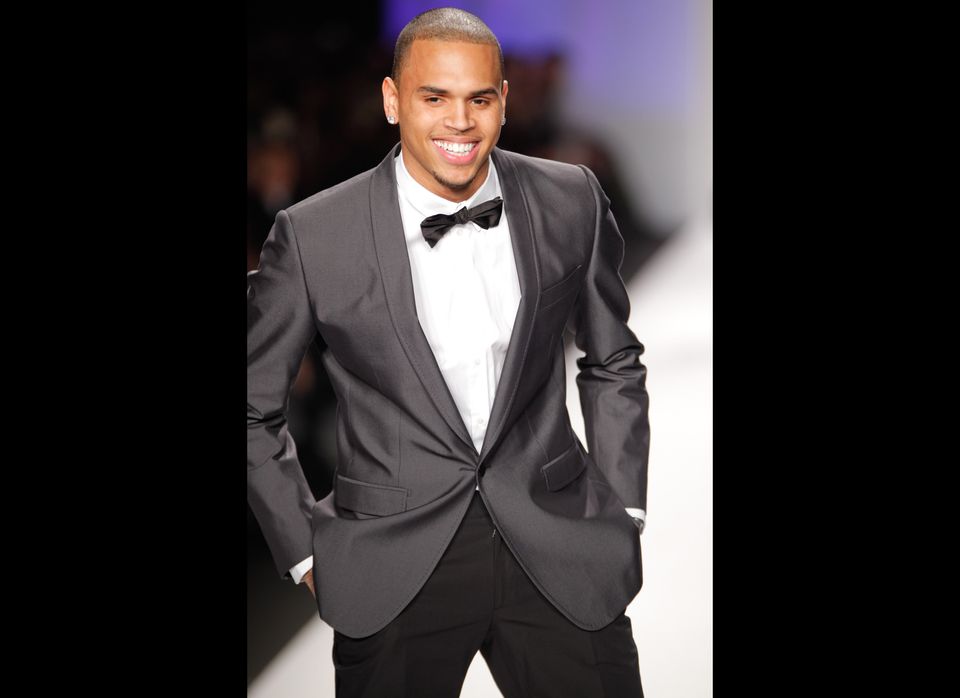