Chris Brown is certainly no stranger to controversy, and over the years, it's become obvious that the artist has no interest in avoiding it either.

Last night, the "Don't Wake Me Up" singer proved just that as he donned a turban and a (presumably) fake rifle dressing as his interpretation of an Arab terrorist for Halloween.

To add insult to injury, Brown, who is always vocal and active on social networks, tweeted a picture linked to his Instagram of him and his crew dressed in character. 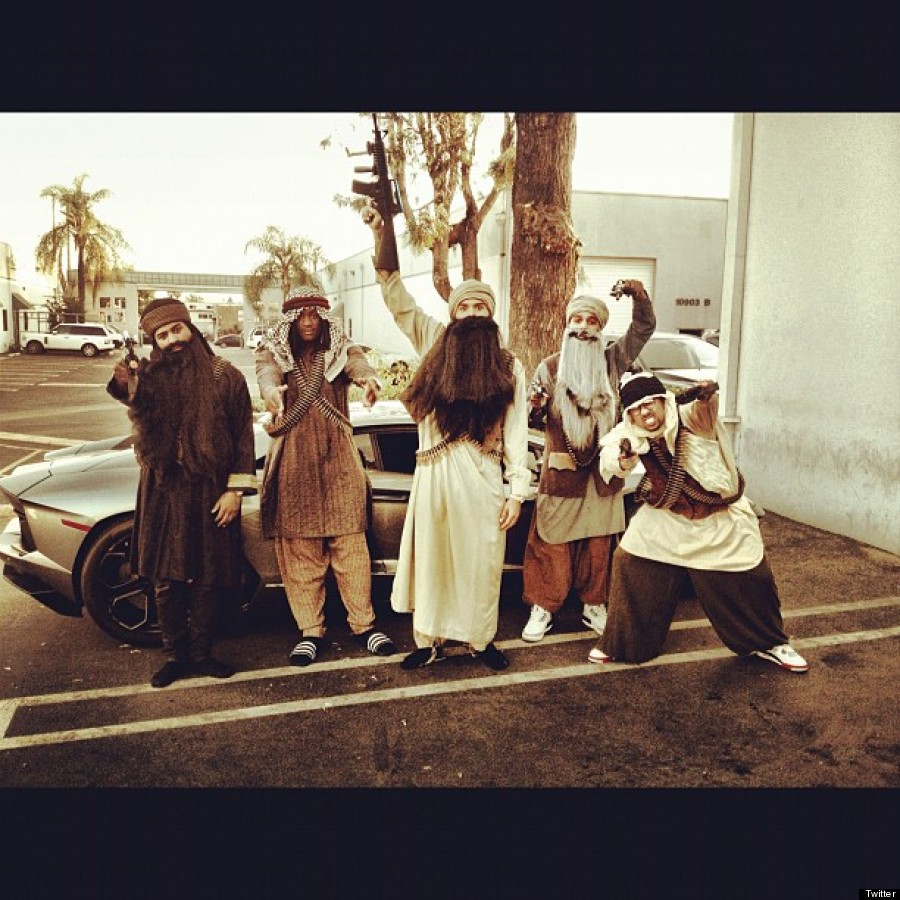 Considering his history, you would think Breezy would want to avoid anything that had to do with violence. Perhaps the 23-year-old was trying to detract attention from his attendance at on-again-off-again girlfriend (we have no idea what to call them) Rihanna's Halloween party in West Hollywood.

The singer's mother, Joyce Hawkins, who is also known for her frequent social network activity, tweeted in her son's defense.

HALLOWEEN IS FOR FUN NOTHING MORE THAN JUST FUN. GET A LIFE PLEASE

While it's true the best part of Halloween is getting to dress up and spend the night as a totally different person, some costumes can certainly be offensive to certain cultural groups. What's your opinion on Brown's costume?