As a home owner, Chris Brown hasn't had much luck lately.

The troubled singer was all but booted out of his West Hollywood condo back in 2012 when neighbors complained about his hallway dog races and all-hours partying. Now it looks like Brown's graffiti battles in the Hollywood Hills have driven him out a second time.

The new listing photo, however, don't have any trace of Brown's art. 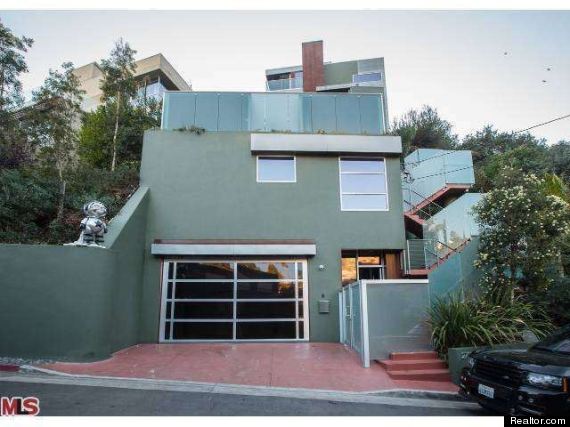 The modern architectural home, east of the 101 freeway, has three bedrooms, three bathrooms and 3,000 square feet of living space, according to the official listing.

Outdoors, the home's facade is lit with custom LED lights, and the salt water pool and spa are also lit with an LED light show. Indoors, the walls are made out of glass and "exotic stones," and there's also an elevator -- perhaps because the home's stairs seem to be located outdoors, for some reason.

Brown's West Hollywood condo is still on a market, listed at $1.695 million. The penthouse unit has three bedrooms, 3.5 bathrooms and was initially listed in 2012 for $1.9 million.

The same day Brown's home went on the market, he appeared at a hearing in Los Angeles Court about the probation sentence he received for attacking singer (and then-girlfriend) Rihanna in 2009.

The judge revoked his probation in reaction to Brown's arrest in Washington D.C. on suspicion of misdemeanor assault, reports the Associated Press. Prosecutors did not request Brown be sent to jail, but he has to appear in court next month to update the judge on his rehab, another court-mandated requirement for the 2009 assault. 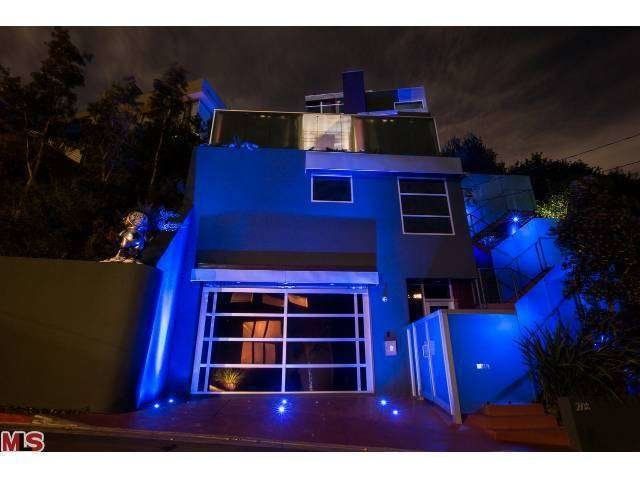