How's this for controversial: Chris Brown apparently doesn't understand why he is vilified by the press, but Jay Z "gets a pass" for stabbing someone.

That is just one of multiple eyebrow-raising comments the 24-year-old R&B star made in the cover story for the Oct. 14 issue of Jet magazine. When discussing his rocky relationship with the press, Brown named-dropped Jay Z, who he sees as someone "accepted by White America."

"This is something I've been dealing with for the past maybe five years," he told Jet, per CNN. "Anybody with a voice – Tupac, Michael Jackson, the Notorious B.I.G. – gets formatted … except maybe for Jay Z, who is accepted by White America because he shakes hands and kisses babies. No disrespect, because I'm a fan, but nobody brings up the fact that he stabbed somebody and sold drugs. He gets a pass."

In 2001, Jay Z pleaded guilty to stabbing record producer Lance "Un" Rivera at a 1999 listening party in Manhattan. Brown believes the "Magna Carta" rapper got off easy for this, but he himself still can't move past the 2009 Rihanna assault.

"I got to the point where it's only so much you can take from the master, you feel me?" he told Jet. "I've taken my fair share of lashings. I've dealt with the media. Instead of being an artist, I've been called a woman beater; I've been insulted in public and judged. And being able to not want to kill yourself at the end of the day is what made me say, 'F**k it.'"

The Virginia native even went so far as to compare himself to Trayvon Martin.

"I identify with Trayvon 100 percent as far as living in 2013 and still dealing with blatant racism," he told the magazine. "This generation is so used to racism that it's normal; we don't care. We aren't on drugs or catching AIDS, but they still look at us as ni**as."

Read the full interview in the new issue of Jet, on newsstands Monday, Sept. 23. 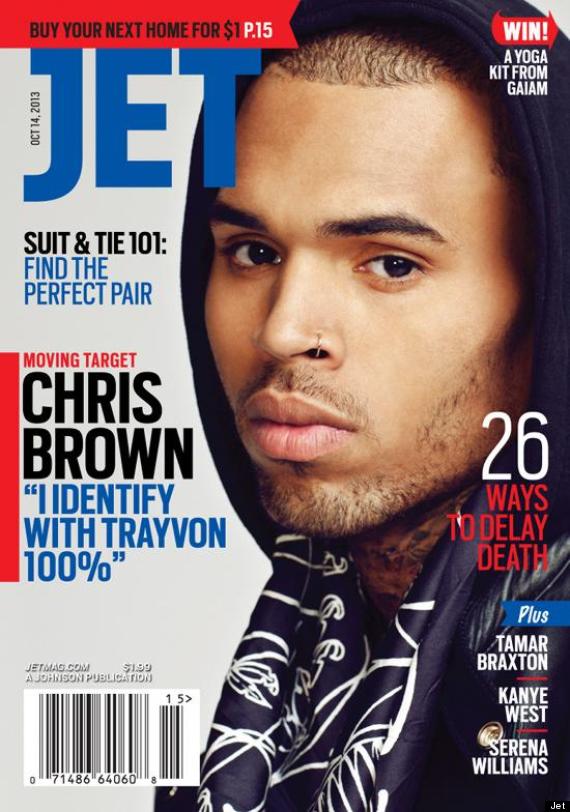