In the wake of Whitney Houston's passing, Chris Brown avoided intense media scrutiny surrounding his return to the Grammy Awards. As he bounced around on stage and picked up the award for Best R&B Album, it was also the three-year anniversary of Brown's assault on then-girlfriend Rihanna.

While there were some insensitive fans who trivialized domestic violence and seemed to welcome a punch in the face from Brown, others were not so happy to see him welcomed back into the spotlight or awarded for anything.

Actor Wil Wheaton perhaps said it best when he tweeted, "Everyone who apparently forgot what Chris Brown did to Rhianna should read the police report on exactly what he did."

Those comments didn't sit well with Brown, who responded by tweeting, "HATE ALL U WANT BECUZ I GOT A GRAMMY Now! That's the ultimate FUCK OFF!"

Brown later deleted the offending tweet, but not before Mashable editor Christina Warren took a screen shot of it.

Either Brown or his handlers must have realized that it's probably not the greatest move to appear so cocky about his acceptance back into the recording industry's good graces. 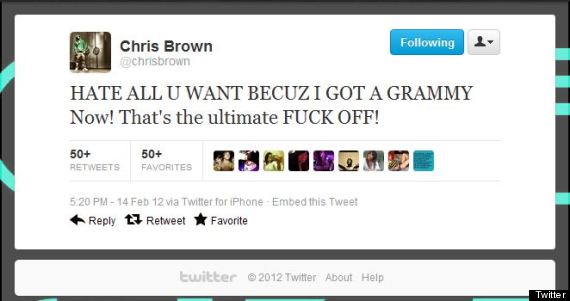 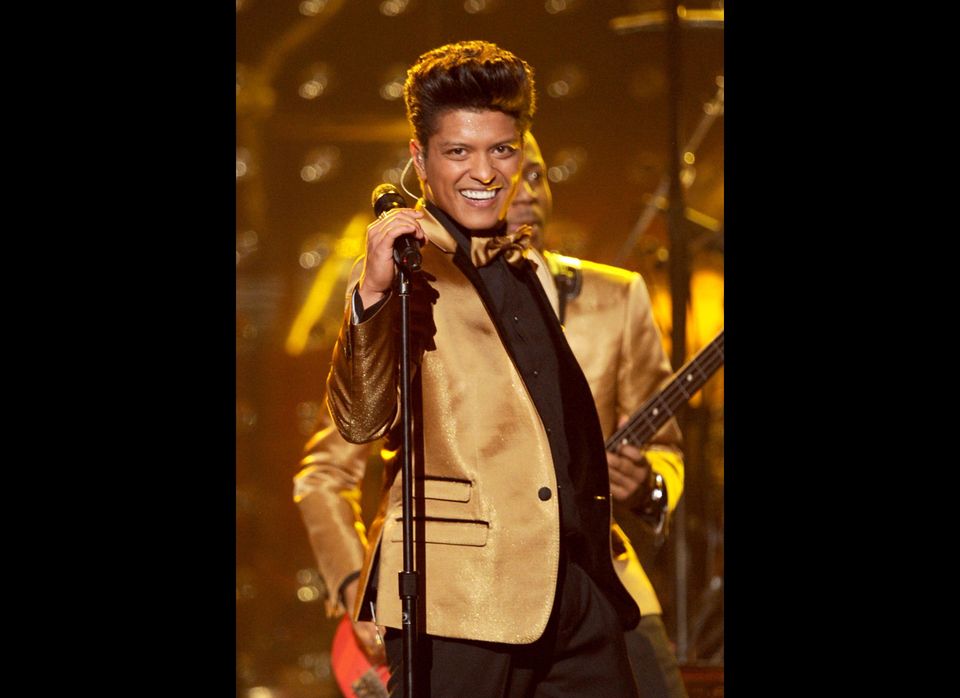