New Jersey Gov. Chris Christie (R) is insisting that his state's tough new Ebola rules haven't changed despite the release of a nurse from quarantine on Monday.

"I didn’t reverse my decision," Christie said in Florida, where he is campaigning on behalf of Gov. Rick Scott (R). "She hadn’t had any symptoms for 24 hours. And she tested negative for Ebola. So there was no reason to keep her."

Kaci Hickox, 33, was quarantined on Friday after traveling to New Jersey from Sierra Leone, where she was treating Ebola patients with Doctors Without Borders. Although she tested negative for the disease, Hickox was placed into isolation, leading to widespread criticism and the threat of a lawsuit.

But Christie said on Monday that Hickox had a fever, was symptomatic after her arrival and needed to be quarantined as a result.

"She was obviously ill enough that the CDC and medical officials hospitalized her and gave her an Ebola test," Christie said in remarks transcribed by The New York Times. "They don’t that just for fun. That’s a very specific, difficult, expensive test to do."

Over the weekend, Hickox said she never had any symptoms.

"I heard from my mother last night who called me concerned and said, Gov. Christie just said in an interview that you were quote-unquote 'obviously ill.' And this is so frustrating to me," Hickox said on Sunday. "First of all, I don’t think he's a doctor. And secondly, he's never laid eyes on me. And thirdly, I have been asymptomatic since I've been here."

On Friday, Christie and New York Gov. Andrew Cuomo (D) announced that all travelers who had direct contact with Ebola patients would be subject to a mandatory 21-day quarantine. The location of the quarantine was not specified.

Hickox was the first person quarantined under the new rules, and because she lives in Maine, she was placed in an isolation tent with no shower and a portable toilet at University Hospital in Newark.

Christie said on Monday that if Hickox had been a New Jersey resident, she would still be required to complete a 21-day quarantine at home since she worked with Ebola patients. But because she is symptom-free, she is being allowed to return to her home in Maine.

Gov. Paul LePage said late Monday that he expects Hickox to follow a voluntary in-home quarantine "to ensure there is no direct contact with other Mainers until the period for potential infection has passed." However, her attorney told the Associated Press that she needs to be monitored, but not quarantined.

The new quarantine rules in New York and New Jersey were put in place after Dr. Craig Spencer, who worked with Ebola patients in Africa, was diagnosed with the disease the day after he had been traveling around the city by subway.

Critics say such mandatory quarantines could potentially discourage healthcare workers from traveling to Africa to help end the crisis.

On Sunday, Cuomo clarified that residents without symptoms can complete the quarantine at home. 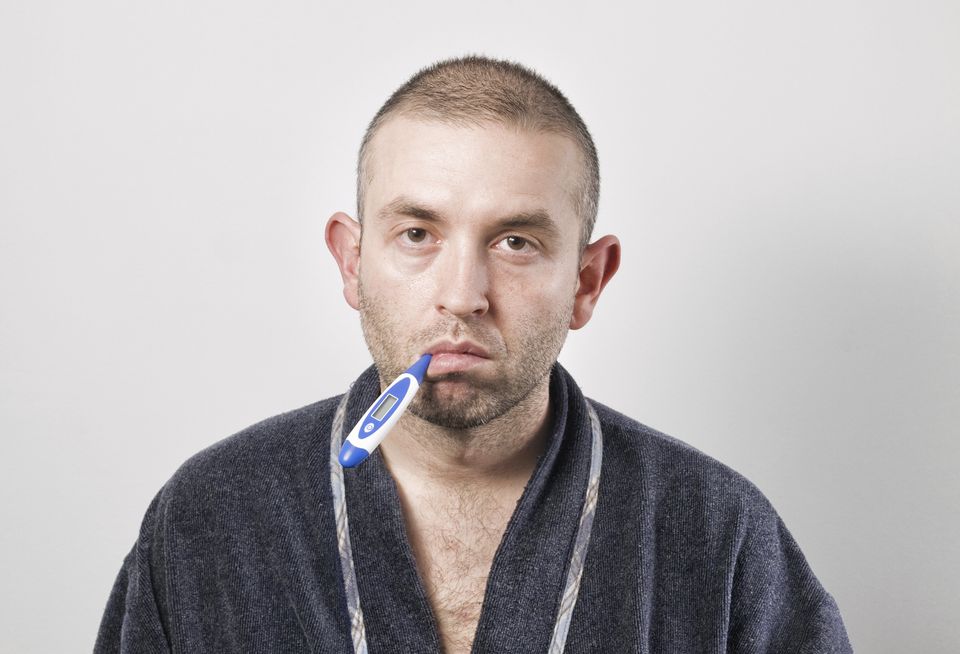 1 / 6
Ebola Symptoms: Fever
Two to 21 days after becoming infected, the victim shows fever-like symptoms including a headache, joint pain, sore throat and <a href="http://www.nhs.uk/Conditions/ebola-virus/Pages/Ebola-virus.aspx" target="_blank">what the NHS calls</a> "intense muscle weakness".<br> But the symptoms that follow make it much gorier than this 'man suffering first symptoms of Ebola' stock photo suggests.
Ramonespelt via Getty Images