Saying that an elected senator is needed quickly, New Jersey Gov. Chris Christie (R) on Tuesday called for a special election in October to fill the seat of Sen. Frank Lautenberg (D), who died on Monday.

“This is about guaranteeing the people of New Jersey a choice and a voice in Washington," Christie said.

Christie said that politics did not factor into the decision to call the October special election. But scheduling the special election for November would have set up the possibility of popular Newark Mayor Cory Booker (D), a potential Democratic Senate candidate, running statewide at the same time that Christie faces presumptive Democratic gubernatorial nominee Barbara Buono (D) for the governorship. Christie is leading Buono by 30 points in recent polls, but the presence of the popular Booker on the ballot could have helped Buono and helped Democratic state legislative candidates.

“I will not play politics with this," Christie said, stressing that New Jersey needed an elected senator for the next 18 months.

Christie did not name an interim senator on Tuesday, saying that he is still weighing his options. He said he would allow his appointee to run for election this year if desired. The October election will fill the remainder of Lautenberg's term, which expires in January 2015.

"I will not give you any indication of who is on the list, what their gender is, what their political party is," Christie said.

Christie's decision ends a debate over conflicts in state law that indicates the election could be held in November 2013 or November 2014. The law provides Christie the option of scheduling a special election if he deems it necessary, which he did. Democrats planned litigation in the event that Christie decided to let his appointee serve the remainder of Lautenberg's term.

Christie said that legal considerations did not play a role, saying that he wanted the elected senator in office as soon as possible.

On Monday, the nonpartisan New Jersey Office of Legislative Services authored an opinion that it would cost $11.9 million for the August primary and $11.9 million for the October election. Christie said that the state would cover those costs. Democrats have been critical of the decision to spend close to $24 million for an election when it could be held the same day as the regularly scheduled November election. A copy of the OLS letter obtained by The Huffington Post can be found here.

“I don’t care," Christie said when asked about the cost. "You can’t put a price tag on having an elected official in the United States Senate."

Former Gov. Tom Kean Sr., the father of the Senate minority leader, is being mentioned as a potential Christie appointee.

On the Democratic side, both Booker and Rep. Frank Pallone have been exploring Senate races for next year and would likely run in August. Rep. Rush Holt, Senate President Steve Sweeney and Assembly Speaker Sheila Oliver have also indicated interest in a Senate race. A competitive Democratic Senate primary in August would come as the state party deals with rifts stemming from the governor's race -- Democrats endorsed Christie for reelection -- and from opposition to Buono's choice of Assemblyman Jason O'Donnell (D-Bayonne) for state party chairman.

“I will not permit the insiders and a few party elites to determine who the nominees of the Republican Party and the Democratic Party will be," he said. 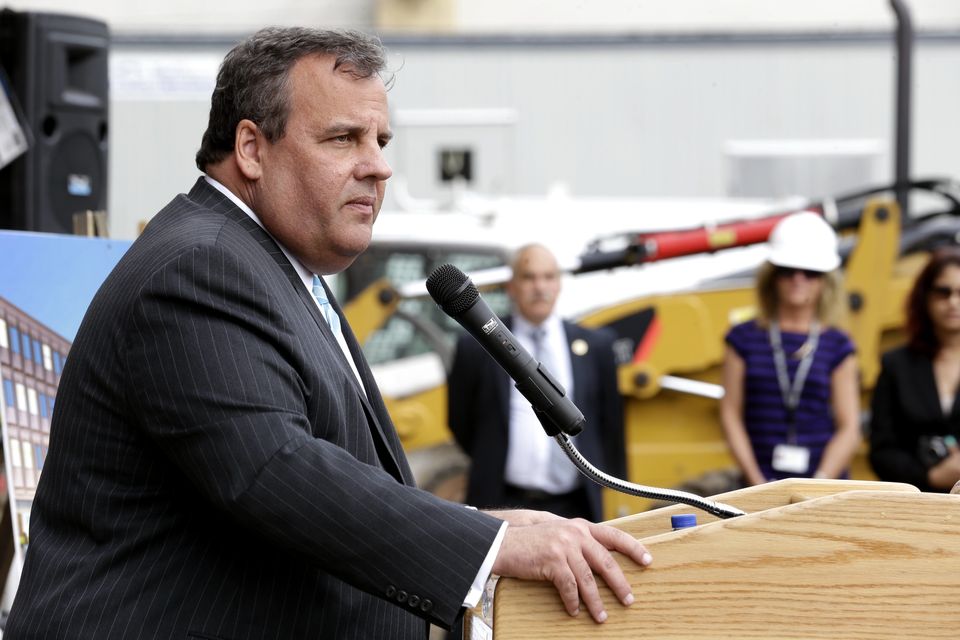 1 / 26
New Jersey Gov. Chris Christie (R)
New Jersey Gov. Chris Christie (R) had this to say about the passing of Lautenberg, according to the <a href="http://www.washingtonpost.com/blogs/post-politics/wp/2013/06/03/chris-christie-eulogizes-rival-frank-lautenberg/" target="_blank">Washington Post</a>: "It’s no mystery that Senator Lautenberg and I didn’t always agree. In fact, it probably is more honest to say we very often didn’t agree, and we had some pretty good fights between us over time – battles on philosophy and the role of government, but never was Senator Lautenberg to be underestimated as an advocate for the causes that he believed in and as an adversary in the political world. "I think the best way to describe Frank Lautenberg in the way he would probably want to be described to all of you today is as a fighter. Senator Lautenberg fought for the things he believed in and sometimes he just fought because he liked to. He always reminded me that he was a kid from Paterson whose father died at a very young age, who served in the military and served his country, and then built a business which he was extraordinarily proud of, just as proud of his time at ADP as he was of his many years, nearly thirty years, in the United States Senate, and so today is a sad day for the people of New Jersey. "Whenever we lose someone who’s committed to public service and has been an honest and dedicated public servant as Senator Lautenberg was it’s a loss for everyone. Most particularly it’s a loss for his wife Bonnie and his family, and so our thoughts and prayers are with them today because whatever loss we feel as New Jerseyans and whatever loss his colleagues feel in the United States Senate is minuscule compared to the loss that his family feels, his loved ones, and so I think it would be inappropriate for me to give any other speech today except to ask all of you to pray for the Lautenberg family today, to pray for the soul of Senator Lautenberg, and to give a prayer of thanks for his service to individual New Jerseyans and to our country. "And in the end, all of you who decide to get involved in public service, should aspire to have the same things said about you in whatever role that you play. That you were honest, that you were a fighter for the things that you believe in, and that you gave as good as you got. All those things can be said about Frank Lautenberg. And so I’m sure we’re going to have a number of times over the course of the next few days to reflect upon his life and to pay him tribute in even a more public way. But for this morning, as the leader of this state and our people, I extend to the Lautenberg family and to his staff and friends, our deepest condolences. "And to Senator Lautenberg, I give him praise on a life well lived. I think we’d all sign up today for a life like Frank Lautenberg had of 89 years of fighting and fighting hard. And he’s been a great example for the people of our state and we will certainly miss him. You’re going to have a lot of other things to discuss today at the conference and I look forward to getting reports back on how things went and how they were received. I’m as committed today as I’ve always been to making sure that everybody who can make a positive contribution to government will be given the opportunity to do so and to help to make a difference in our state and our country the way Senator Lautenberg did. So thank you all very much for having me this morning and all the best to you for the rest of the conference. And I look forward to seeing you all very, very soon."
AP