In Washington, D.C., "the Full Ginsburg" refers to the act of appearing on every one of the Sunday morning political chat shows on the same Sunday. It's named for attorney William H. Ginsburg, who first completed the feat on Feb. 1, 1998, while repping his client, Monica Lewinsky, and presenting her side of the whole "I had a sexual dalliance with Bill Clinton" story.

In keeping with this tradition, those who attempt the Full Ginsburg typically do so during a time of great stress and duress. In recent years we've seen Treasury Secretary Jack Lew do it to present the Obama administration's point of view on the government shutdown; Secretary of State John Kerry and White House Chief of Staff Denis McDonough did the same for the Syria crisis; and senior adviser Dan Pfieffer Ginsburged in response to a host of burgeoning scandals, including the IRS tea party BOLO flap. Former U.N. Ambassador Susan Rice's famous "talking points" on the Benghazi attack, in fact, were delivered during her Sept. 16, 2012, Full Ginsburg attempt.

But the Full Ginsburg isn't always done on the defensive. Sunday morning, newly reelected New Jersey Governor Chris Christie did the Full Ginsburg, for no other reason than to conduct a national PR campaign.

Your Sunday morning newspeople responded with an amazingly insipid performance. It wasn't just that the questions were so stupid, and that Christie parried them so easily. The truly galling thing was the lack of originality -- if you saw one interview, you saw them all.

To my mind, if you know that your interview subject is giving three additional interviews, your strategy should be to identify the questions your competition is going to ask and then eliminate those questions from your own interview. Additionally, it seems to be pretty smart to me to think about the questions that you know your subject has definitely prepared himself to answer and eliminate those inquiries from consideration as well.

But trust the Sunday morning newspeople, they're the experts! And wouldn't you know, the Sunday shows followed the opposite strategy, asking questions both that they knew their competitors were going to ask and those for which anyone with a basic working knowledge of the news cycle could predict Chris Christie had an answer. The result? An easy-breezy day for the New Jersey governor. As Dave Weigel observed: "If the governor of New Jersey came away thinking that the Beltway media would be easier to conquer than the media in New Jersey, he could be excused -- no one even tried to lay a glove on him."

Let's begin with the startling lack of originality. Here, for the record, is a list of questions that only one of the four Sunday morning chatshows asked:

DAVID GREGORY: In New Jersey, according to the exit poll there, shows that you would trail Hillary Clinton even in your own state. Do you view that and say that she is formidable, that you'd be an underdog if it were to come to that?

DAVID GREGORY: And yet, The Wall Street Journal, about your economic record, concluded this is an editorial Wednesday as the biggest area of disappointment, failing to improve the state's economy. The state jobless rate is still 8.5%, among the ten highest in the country. "It's true," they write, "that he inherited a mess. But Mr. Christie will need a new reform agenda in 2014 to impress national GOP primary voters going into 2016."

CHRIS WALLACE: You also support some gun controls. Why?

NORAH O'DONNELL: So can I ask you specifically what major policy and political goals do you have for the next year?

That's it! Four news shows, given the chance to interview Chris Christie, managed to come up with five questions that were not also asked by a competitor. Of those five questions, only Chris Wallace went for a follow-up -- when Christie offered generic support for "violence control" (he is a candidate that is against pointless violence, good to know!), Wallace asked, "But gun control is part of it?"

Gregory's question about Christie's economic record drew platitudes ("Well, we're going to continue to do the job that we've done already ... I never said during my reelection campaign that the job was done) and no follow-up. O'Donnell's question drew a laundry list of similar platitudes. And Christie never actually answered the question of Hillary Clinton's relative formidability.

It's not every day that a governor goes on national television and tells the world that his state is filled with terrible people who make you crazy.

But that's as far as the collective originality of four network news divisions managed on Sunday. The rest was a welter of predictable questions that Christie was super-prepared to answer, leaving one with the impression that the goal of the interlocutors wasn't so much "find fertile territory to make unexpected inquiries" as it was "everyone ask the same question so you can collect pogs!"

Hey! Did you get the "ask Chris Christie if he's running for President" pog? Awesome! Me too! (For the record, George Stephanopoulos, Norah O'Donnell and Chris Wallace added this pog to their collections.)

Here's how the rest of these interviews broke down.

Can you have a positive impact on/teach a lesson to the Republican Party?
Asked by: David Gregory, Norah O'Donnell, Chris Wallace

Christie responded by saying that "doing his job" would help the Republican Party, and that everyone in Washington should just do their jobs, too. From there, Christie just recited the same laundry list of accomplishments he recited throughout his reelection campaign.

Chris Christie doesn't "get into these labels" and won't play "the Washington game." He is "the governor of New Jersey" and he is "focused on getting things done." The rest is "for all the Washington pundits to figure out."

Christie thinks people should "fix a broken system." He is in favor of systems that are not broken, thus separating himself from all the other politicians who campaign on breaking more systems. "National leaders" should come up with an immigration policy, on which he takes no side and offers no opinion. Christie "doesn't get to make those determinations," and while he can "have an opinion about lots of things ... we're not going to go through all that this morning, are we?" Apparently not!

Christie says that "anybody who has run anything in their lives could see" the failure of the Obamacare rollout "coming a mile away." Obama should tell the truth about these things, because Christie is a cold teller of truths. He agreed to a Medicaid expansion because his "job is to run the state of New Jersey" and he does that job every day, because that is what a governor of New Jersey does -- run New Jersey on an ongoing basis.

What about Double Down?
Asked by: George Stephanopoulos, Chris Wallace

Chris Christie was not impressed with the charges levied against him in Double Down concerning his ability to survive a vetting process. Those allegations were made by a "paid political consultant" who was "trying to make himself famous, obviously, in the book." Mitt Romney has "refuted" that part of the book, and the rest is just "the parlor game of Washington."

What about Iran?
Asked by: George Stephanopoulos, Norah O'Donnell

Christie got asked about the ongoing negotiations concerning the Iranian nuclear program because it was the topic of discussion prior to the Christie interview on both "This Week" and "Face The Nation" and a segue was required. On each occasion, Christie skated, saying that he was "the governor of New Jersey" and there are people who are "better briefed" on the matter. People like Christie, Christie said, should not "get involved in the middle of this" and "spout off opinions," but once the people who are involved "put something together," he will happily "make a judgment on that."

What about the Time magazine cover?
Asked by: George Stephanopoulos, Chris Wallace

Yes, two people asked Christie about the fact that Time magazine did a cheeky double-entendre by referring to him as "the elephant in the room." Christie said that he is "not bothered by that kind of stuff" and not "bothered by jokes about [his] weight." What did they expect him to say or do? Confess tearily that he doesn't like the jokes? Rage unrestrainedly against Time magazine?

There's really no better way to distinguish "activity" from "achievement" than watching these very useless interviews -- spa treatments, really -- with Chris Christie. The Sunday shows are basically two steps away from becoming "The Chris Farley Show."

"Remember when you beat Barbara Buono and became governor of New Jersey again? That was, like, awesome." 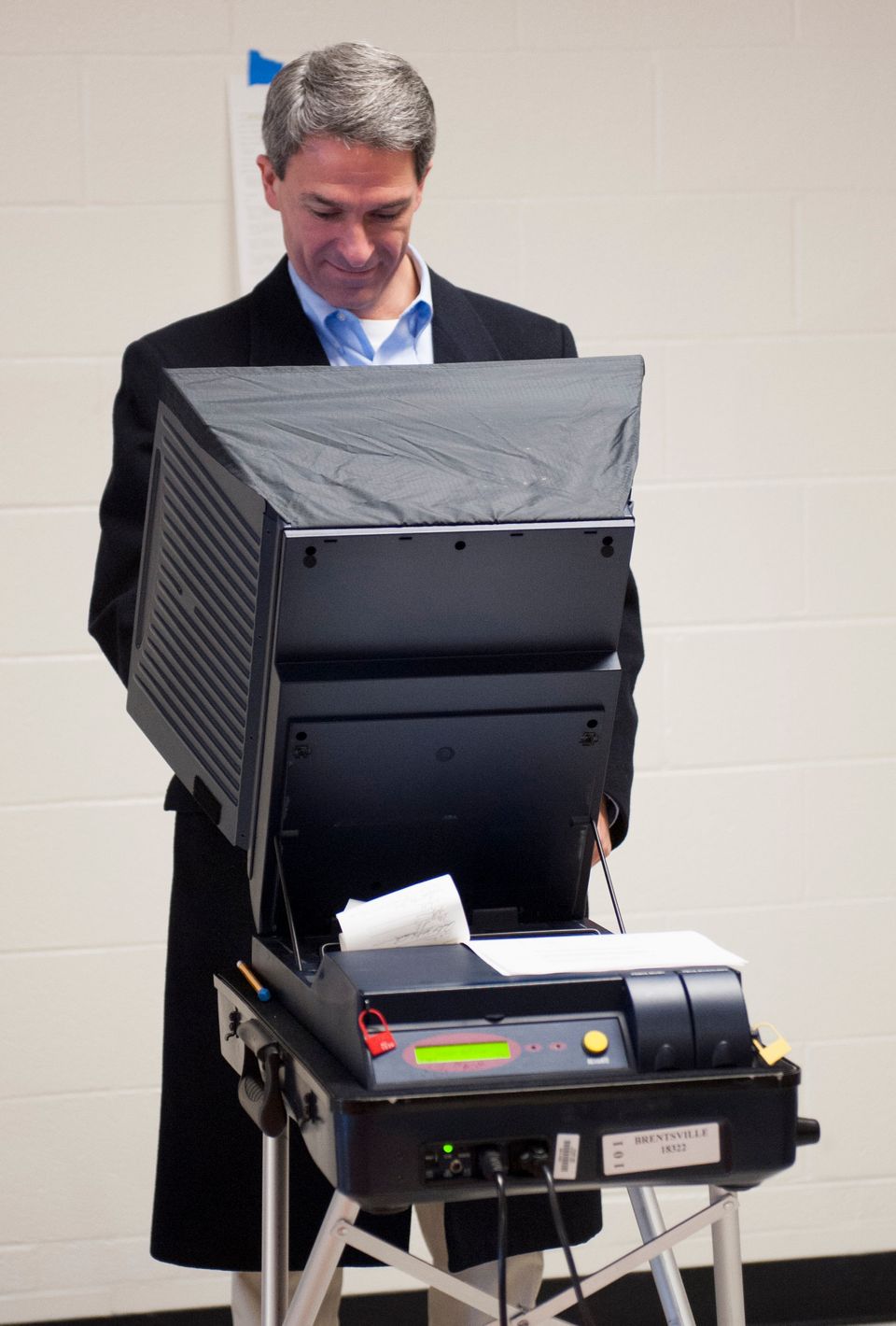