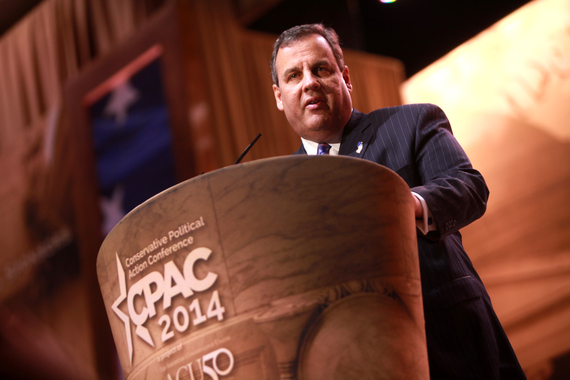 Chris Christie has a new message: I care about the poor. No, really.

This past week, Christie praised the "working poor" and the "underserved working class in this country." With no sense of irony, Christie admonished politicians who "cater to the wealthy at the expense of middle-income earners."

To see what and whom the Governor really cares about, however, turn to his budgets. In these budgets, Christie has drastically cut legal aid to the poor. As a result of his destructive actions, New Jersey Legal Services now rejects 9 out of every 10 low-income people who request legal assistance. At the same time, the Governor has spared no expense in using taxpayer-funded lawyers to advance his political career. Christie's philosophy is simple (albeit cruel): taxpayer funded lawyers for the most powerful and no lawyers for the most needy.

New Jersey's system of legal aid was never fully funded. Christie managed to make the problem worse. Much worse, in fact. Over the first three years of his Governorship, Christie cut legal aid from $30 million to $15 million. In the aftermath, New Jersey Legal Services laid off hundreds of attorneys and began focusing on only "the most serious or life-threatening cases." From victims of domestic violence to immigrant households facing unjust foreclosure, New Jersey's most vulnerable residents lost access to legal representation.

In every budget negotiation since 2010, New Jersey Democrats have tried to increase or at least restore partial funding. Christie's response? No and no. In 2011, Democratic legislators asked for $5 million in additional funding for legal services. Christie vetoed every penny of the $5 million appropriation. In 2012, Democratic legislators asked for $5.5 million for these critical programs. The Governor vetoed $4.9 million of it, or 90% of their request. He also line-itemed vetoed the $5 million appropriation for legal services in 2013 and in 2014.

So much for equal justice under law.

$5 million seems insubstantial. The figure is miniscule compared to the billions in tax breaks Christie conferred on his rich campaign contributors and pet projects. But this appropriation alone would allow New Jersey Legal Services to serve more than 5,500 people.

Christie's cuts are even more egregious when juxtaposed with the Governor's lavish spending on his own legal defense. As he denies poor New Jerseyans legal representation, Christie has spent extravagant sums of taxpayer money on his own lawyers. According to the Wall Street Journal, the Garden State's prodigal son has spent "$50 million since January 2013" on outside lawyers, surpassing any New Jersey Governor in recorded history. Christie likes to boast about being a "historic" governor, but he is historic for all the wrong reasons.

His outside lawyers received $7.6 million in taxpayer funds to whitewash Christie's involvement in the Bridgegate scandal. They did not disappoint. Charging nearly $400 an hour, the lawyers wrote a biased and flawed report that protected Christie's presidential ambitions. Ultimately, Christie spent $7.6 million to help one person (himself), instead of spending $5 million to help 5,500 people (low-income Americans who rely on legal aid). What strange justice.

In 2005, the Governor of Georgia declared that "the law should be a shield for the weak and powerless, not a club for the powerful." Ten years later, the Governor of New Jersey has it reversed. He uses law to shield the powerful and to club the weak and powerless. As he launches his presidential campaign, Christie disingenuously claims to care about the fundamental rights of the poor. Voters shouldn't let his rhetoric on poverty distract from his record.