Chris Crocker rose to fame in 2007 with his infamous "Leave Britney Alone" YouTube video -- and he's come a long way over the past seven years.

Having recently been featured in Todrick Hall's viral "Mean Boyz" parody, the Internet celebrity sat down with Queerty this week to open up about his career and personal life.

In the interview, Crocker tells Queerty that he is seriously considering transitioning and living as a woman.

Some people get a haircut. I change genders or gender aesthetics. I don’t know that I’ll ever be content just one way or another. But I’m on the journey to figuring that out. It keeps coming up: do I want to transition? Because I’m getting older. I’m 26, and you start hardening in the face and everything else. So it’s hard, because I know I would have no problem completely transitioning for myself… But I come from a Pentecostal family, so you know. And it would change our [his and Justin's] relationship a lot. He says he would still stay with me, but I know he wouldn’t be as attracted to me. So I don’t know..

He also noted, "I know I would be 100 percent happy living as a girl."

Head here to read the whole interview on Queerty.

This isn't the first time Crocker has publicly discussed gender identity within the context of an interview. In a 2012 interview with HuffPost Gay Voices, Crocker opened up about having previously spent three years of his life living as a woman and the way he was questioned and scrutinized when he decided to live as a man again. "People can't understand that someone can have both sides of themselves and switch back and forth," Crocker told HuffPost. Head here to read the interview in full. 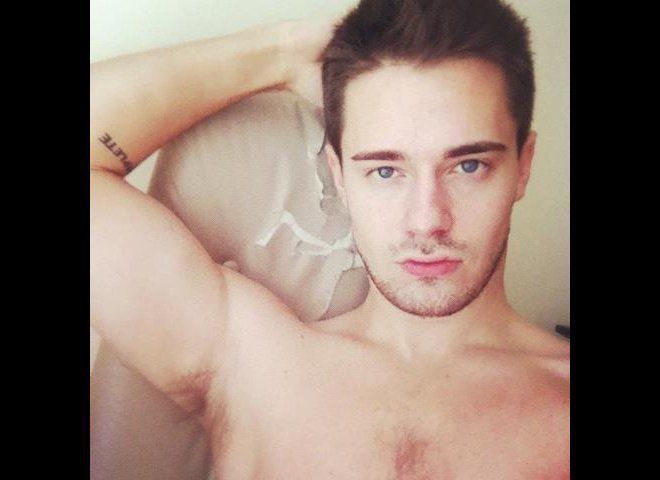