WASHINGTON -- The rise of anti-corporate conservatives is a significant threat to the American banking establishment, according to former Sen. Chris Dodd (D-Conn.), who warned a gathering of Beltway centrists on Tuesday about a potentially formidable coalition between hard-line banking critics in both parties.

"'Crony capitalism' is not a word just used by the left anymore. There's a new right emerging in the country which is as hostile, in my view, to financial services, as many on the left have been over the years," Dodd told an audience at a Bipartisan Policy Center event Tuesday.

The forum was focused on ways to improve the Dodd-Frank Act, the sweeping 2010 financial reform law that Dodd co-authored with former Rep. Barney Frank (D-Mass.). Reopening the law for tweaks and adjustments, Dodd said, could open a "Pandora's box" that "could produce some very, very different results politically than I think people assume might be the case."

WATCH Dodd's comments in the video above.

Dodd didn't specify what those different results might be, but there are only so many ways that hardcore conservatives and true-blue Democrats can team up while still being, to use Dodd's word, "hostile" to banking. On the Senate Banking Committee, Sens. Sherrod Brown (D-Ohio) and David Vitter (R-La.) have proposed legislation to break up the nation's largest banks.

Later in the speech, Dodd argued that the 2010 financial reform law had in fact ended the "too big to fail" banking phenomenon, which, if true, would obviate any need to break them up.

"Despite what critics claim about them being larger than ever, the fact is that the banks, knowing that the notion of 'too big to fail' is a thing of the past, have slowed their growth," Dodd said.

Attorney General Eric Holder and other Obama administration officials have said, however, that they've avoided being aggressive with the nation's largest banks out of fear that doing so would destabilize the broader economy.

At first blush, it seems remarkable that Dodd's comment was effectively a warning against the perils of bipartisanship, delivered at an event hosted by the Bipartisan Policy Center.

In D.C. political circles, however, "bipartisanship" is often used as a shorthand way to describe policies and reforms that are friendly to corporations, favored by corporate elites, or both. This is sometimes referred to as being "moderate," "centrist" or "bipartisan" because traditionally such policies have been able to find support among both Republicans and Democrats.

The Bipartisan Policy Center is on at least nodding terms with the corporate establishment -- its board of directors includes real estate magnate and media mogul Mort Zuckerman, American Bankers Association top lobbyist Frank Keating and Lockheed Martin Chairman Norman Augustine -- and like many centrist D.C. groups, its policy preferences tend to reflect the generally accepted views of the Beltway elite.

And that consensus doesn't always have much to do with the number of Democratic or Republican votes a bill gets. Dodd-Frank itself garnered just three Republican votes on the Senate floor, but because it reflected a centrist think-tank consensus in a host of policy arenas, it's the sort of bill that can be celebrated by the BPC in 2014. Breaking up the banks, by contrast, was considered too harsh a judgment on the banking establishment and anyone inside the Beltway who had ever been affiliated with it. And so a 2010 break-up-the-banks amendment that also garnered just three GOP votes on the Senate floor isn't being lauded by D.C. bipartisan groups today. 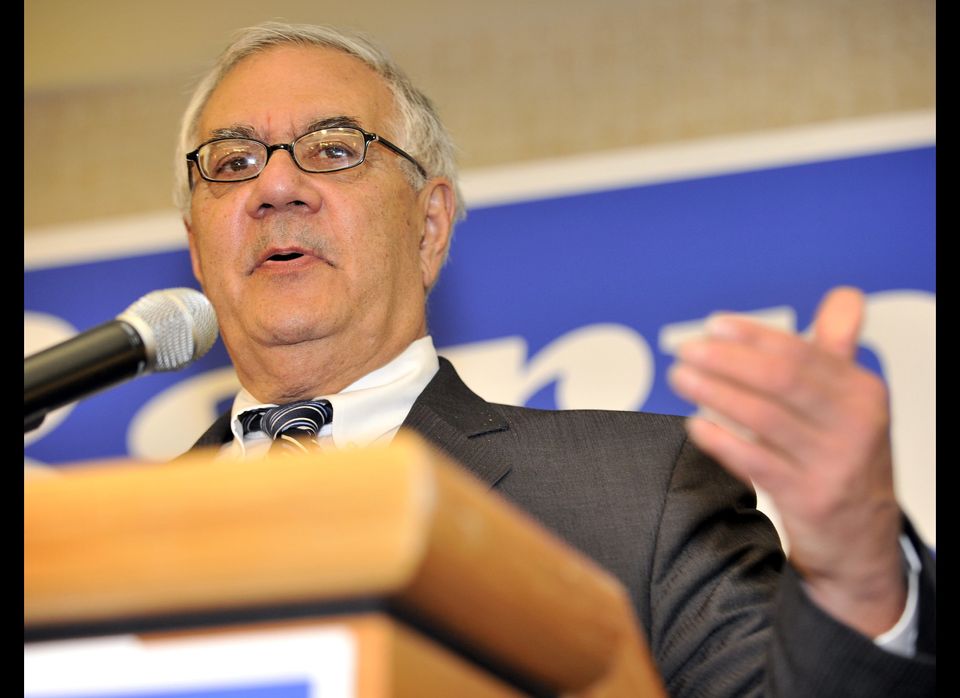