Twitter lit up (OK, a few people mentioned it) when Hayes appeared on "Now" wearing what appeared to be a lilac-colored, V-neck t-shirt with a blazer over it. The blazer was possibly Hayes' reluctant concession to television's seeming insistence that men turn up with some kind of long-sleeved this or that. 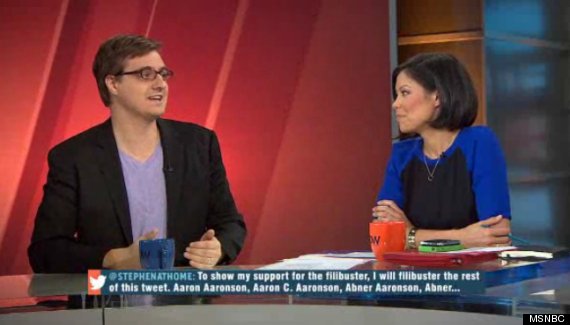 Salon's Irin Carmon also pointed out that everyone on "Now" (including HuffPost's own Sam Stein) appeared to have coordinated their outfits with each other:

Important follow up @NowWithAlex fashion observation: lilac for all 3 men, cobalt for the ladies. pic.twitter.com/JoasFCy4

What do YOU think of Hayes' sartorial choices?