Getty photographer Chris Hondros was killed in Libya on Wednesday along with 'Restrepo' director Tim Hetherington, after a mortar attack hit them and two other photographers.

Though initial reports of his death were first retracted, it was later confirmed that he passed away from brain damage as a result of the attacks. Fellow photographers Guy Martin and Michael Brown were also injured by the mortars.

Hondros, who was nominated for a Pulitzer Prize in 2004, was lauded for his commitment to reporting the plight of others and putting his life on the line.

"Chris made sacrifices in his own life to bring the hardships of war into the public eye, and that dedication created award-winning photographs that shaped the way people viewed the world," Tyler Hicks, a New York Times photographer and friend of Hondros', wrote. "He was a close friend for nearly 20 years. The tragedy of his death had brought so many memories to the surface, and I'm grateful to be among the many people who were lucky enough to know him. He will be missed."

The slideshow below contains Hondros' final Getty images, from the day of the attack that tragically claimed his life. 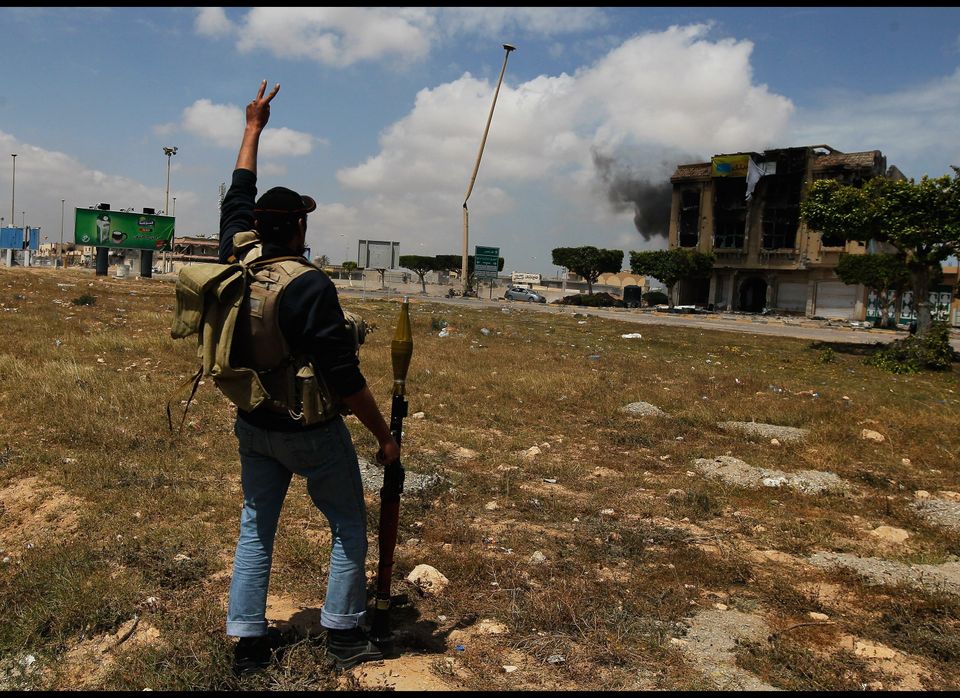 1 / 14
MISURATA, LIBYA - APRIL 20: A Libyan rebel fighter celebrates as comrades fire on government loyalist troops who refused to surrunder in a surrounded building (background) during house-to-house fighting on Tripoli Street in downtown Misrata April 20, 2011 in Misrata, Libya. Rebel forces assaulted the downtown positions of troops loyal to Libyan strongman Moammar Gaddafi April 20, briefly forcing them back over a key bridge and trapping several in a building that fought back instead of surrendering, firing on the rebels in the building and seriously wounding two of them during the standoff. Fighting continues between Libyan government forces that have surrounded the city and anti-government rebels ensconced there. (Photo by Chris Hondros/Getty Images)
Getty