Putting together a full-sized, realistic Iron Man costume is an impressive accomplishment in itself, but what Chris Miller has been doing with his custom-built suit since he created it is going to make your day.

According to a post by Miller on the RPF -- a site for movie fans who are interested in building replicas -- the suit was originally made to be a Halloween costume. However, Miller is now using it to spread some cheer amongst young fans, free of charge. He's visited a local children's hospital in Charleston, W. Va., in the suit and makes appearances at kids' birthday parties.

Reddit user Gr8whtd0pe, who claims to be a friend of Miller's, shared a collection of photos of the suit, and his post went viral with more than 28,000 upvotes.

Many users voiced concerns about the suit stirring up rights issues with Disney, but Miller is confident that as long as he's just making children happy and not trying to turn a profit, he'll be fine.

"I would hope they would overlook a guy doing a little charity work and making some kids' days a little brighter," he wrote. 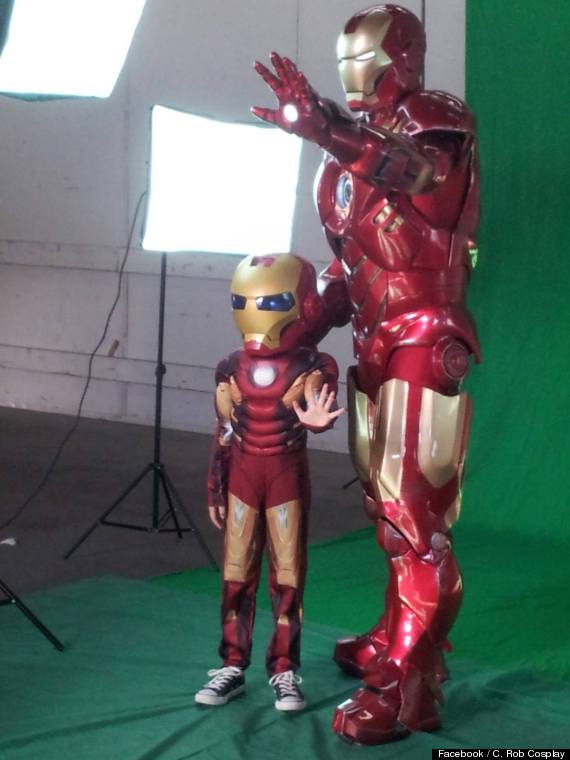 Miller said his creation was the result of a $1,400 investment and 1,800 hours of work over roughly a year. He continues to enhance it and uploads videos of his progress to his YouTube account. He said on a Facebook page made especially for the suit that he hopes to grow his costuming venture over time.

Check out the page for more photos and updates about his appearances.