If he has an alibi, it's probably full of holes.

The "Swiss Cheese Pervert" who allegedly terrorized residents of Mayfair, Penn. with cheese-themed sexual requests earlier this month, has been apprehended, police say.

Christopher Pagano, 41, was collared Thursday, suspected of driving around Mayfair and the surrounding area, exposing himself to various women and offering them money "to watch him put swiss cheese on his privates." He is expected to face charges, according to NBC Philadelphia. 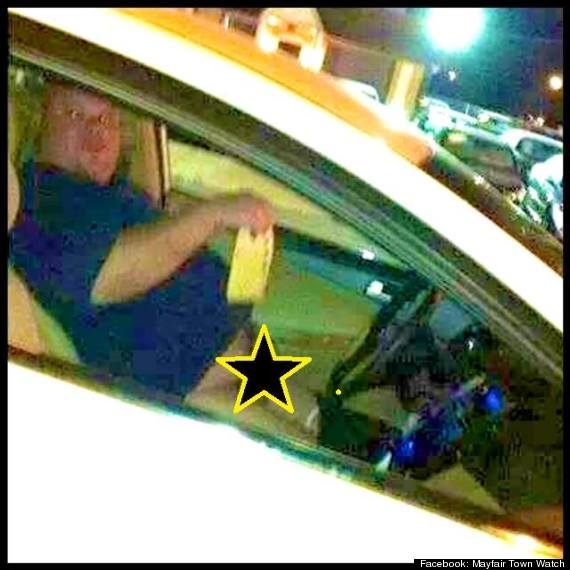 In a recorded encounter with the suspect, a woman can be heard asking, "Why do you have Swiss cheese in your car?"

Philly Mag reporter Victor Fiorillo tracked down Pagano last week through "sources familiar with the investigation," six days before police named him as a suspect. Fiorillo showed up at the man's Norristown residence to question him.

Pagano denied the allegations, telling Fiorillo, "I don't know what you're talking about. I'm sorry, I'm sorry. Sometimes people confuse me with someone else."

Gabby Chest, a 20-year-old woman from Bridesburg, told Philly Mag that Pagano sent her an OKCupid message last year in which he asked her if she would be interested in wrapping slices of Swiss cheese around his penis before pleasuring him.

In case you find yourself wondering why he chooses Swiss, a 2008 personal ad posted on Philadelphia Craigslist from an anonymous gentleman who used Swiss cheese "as a replacement for having sex with girls" may answer that question:

I tried many different kinds of cheese, but settled on Swiss as the best. First and foremost, if ever a picture of cheese is used, most of the time they use a representation of Swiss cheese. But also because of its eye patterns, texture, and the way it feels against my penis.