"Star Trek Into Darkness" hunk Chris Pine reveals his thoughts about tackling gay movie roles in the June/July issue of Out magazine.

Of course, the 32-year-old actor already has some experience: Pine's first onscreen love scene was with co-star Tom Everett Scott in the 2006 TV movie "Surrender, Dorothy," in which he played a gay man.

Check out Pine's Out cover below, then scroll down to keep reading: 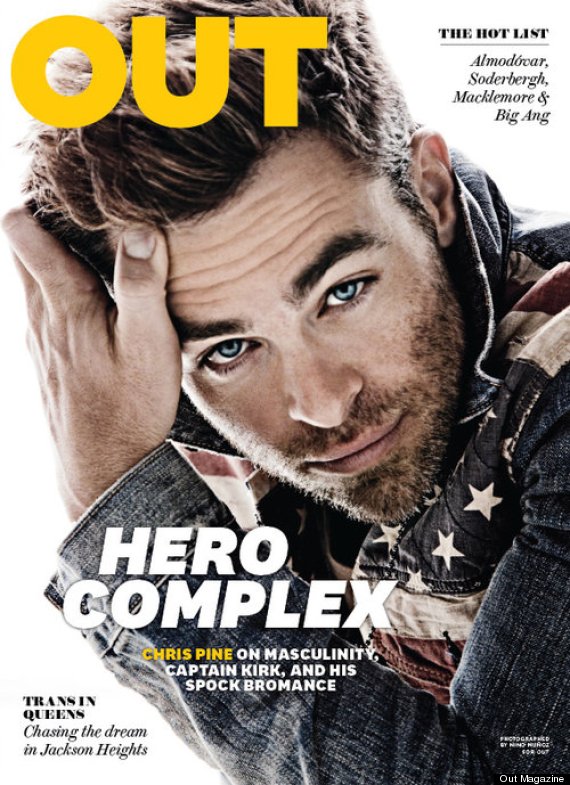 Pine reveals he sought out a role in HBO's adaptation of Larry Kramer's "The Normal Heart," which is set to star Julia Roberts, Mark Ruffalo and Matt Bomer, but a deal didn't work out because of scheduling. “I would have done that in a f*cking heartbeat,” he says. “Right now I just want to play good roles, and if the role happens to be a gay man, that’s not of any import other than is it a good story? Does it say something that’s interesting?”

Of his "Star Trek" co-star Zachary Quinto, who came out in a 2011 New York magazine profile, Pine noted, "It was something that I knew about Zach from the moment I met him ... It was something that we kind of tiptoed around and I just took it as a given, because that’s what he wanted.”

When Quinto did come out, Pine said he was "so happy for him, oh man. I thought it was rad. It was really, really cool. He did it on his own time, on his own schedule."

Check out the full Out interview with Chris Pine here.