Chris Pratt is bulking up for his next film role.

The 34-year-old actor underwent a physical transformation for his part in the upcoming "Guardians of the Galaxy" film. Pratt, who stars in the sci-fi movie, showed off his ripped body this week, taking to Instagram to post a shirtless photo of himself. 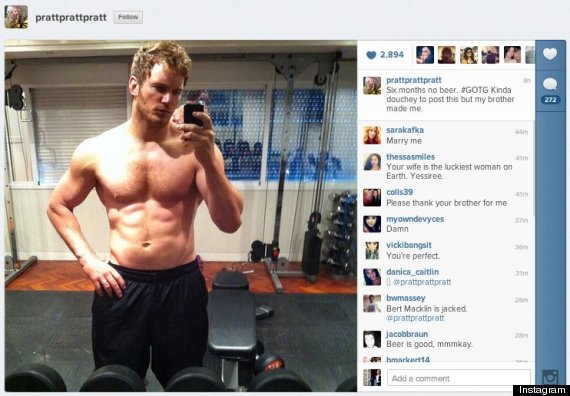 Pratt attributed the transformation to six months without beer, hashtagging "GOTG" to confirm that the makeover is for the superhero film.

This isn't the first time the "Parks and Recreation" star has changed his weight for film roles. Pratt sported a toned physique while playing a member of Seal Team Six in "Zero Dark Thirty" last year, before gaining 60 pounds for his next role.