In a recent interview with Utah's Fox 13, Stewart, an end times novelist who has published books about the minions of Satan plotting a global takeover, gave some insight into the theory behind his writings and candidacy.

“Look I know we’re going to have challenges and who knows, maybe there will be a zombie apocalypse or something like that, but I think really we have great reason to be hopeful and that’s the more important message and really the message of our campaign,” Stewart said, insisting that his worldview is the "opposite of this apocalyptic."

On top of his career as an author, Stewart is also a former Air Force pilot who holds the record for fastest flight around the world. He's running against Democrat Jay Seegmiller, a onetime train conductor, in Utah's 2nd Congressional District, which is open due to redistricting. Stewart's religiously driven literature has raised eyebrows around the state, but the prospect of him heading to Congress -- a likely one considering the conservative nature of the district -- has prompted a variety of concerns for the state's Democrats, as Mother Jones reported last month.

Utah Democrats, meanwhile, are preparing for the worst. They point to a handful of positions Stewart has taken that would put him to the right of many of his conservative colleagues. He has called for all federal lands to be returned to the states and written that gay soldiers must be prohibited from serving in order to "ensure our national defense." If he doesn't have a Todd Akin moment before he gets to Washington, his critics says, he'll be a powder keg waiting to explode when he does.

But mostly, they're concerned about what he really believes. "[Y]ou have this mystic kind of Mormonism, and the last days and the kind of fulfilling of the prophecy from the Chris Stewart point of view that adds this eerie dimension to his candidacy," says Jim Dabakis, the chairman of the Utah Democratic Party. He adds, "His ideas about religion are so out there that if he starts peddling all that stuff in Washington, he will do serious damage to the reputation of the state, to the district, and most seriously to the LDS church."

While the agents of Satan and zombies have now made their way into the congressional contest, the candidates differ on a few, though not many, policy issues as well. Regarding Social Security payments to the wealthy, Stewart has proposed cutting benefits, while Seegmiller has suggested raising or eliminating a cap on their taxable income.

And zombies might not be the most bizarre aspect of the race. Stewart surged to victory in his Republican primary earlier this year after a little-known candidate emerged with allegations that the rest of the field had conspired to defeat him with an "Anybody But Chris Club." GOP delegates responded by rallying behind Stewart and handing him the win. A group of Stewart's rivals later filed a complaint with the Federal Election Commission, charging that he'd partaken in "dirty politics" with the supposed faux conspiracy. A result of that investigation is forthcoming. 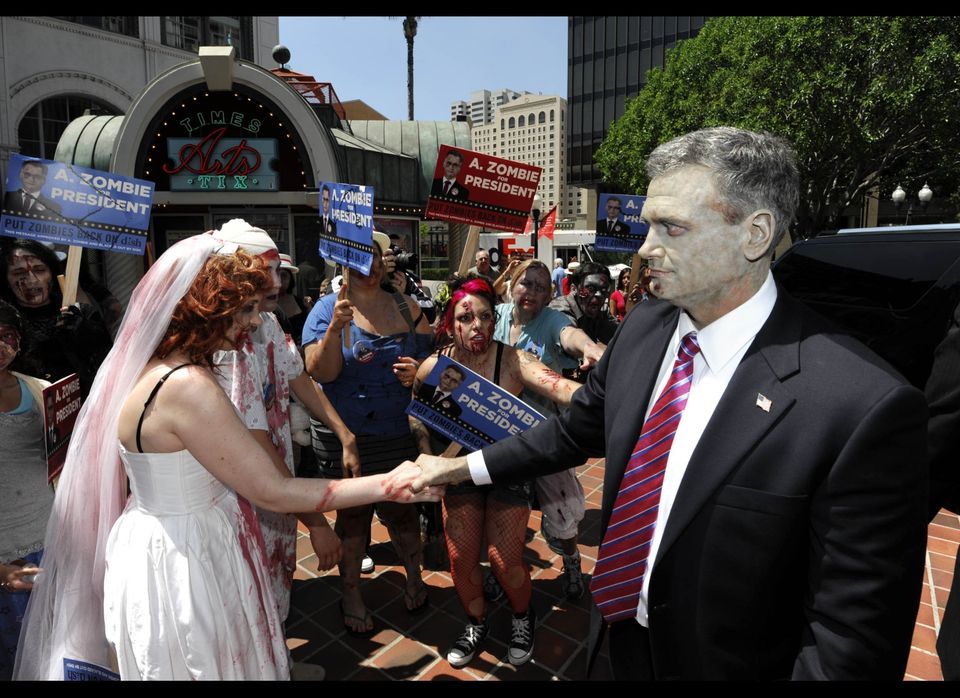