The Romney camp seems to have found its Joe the Plumber, but instead of unclogging toilets, "Chris the Baker" makes cookies.

On Wednesday, the Romney campaign put Chris McMurray, the owner of Crumb and Get It Cookie Company in Radford, Va., front and center at a rally featuring Romney's running mate, Paul Ryan.

The Romney campaign discovered McMurray after he declined to host Vice President Joe Biden at his bakery last week. The small business owner “happened to disagree with the president and vice president on a few a things," he said Wednesday at the campaign event in Roanoke County -- where President Obama just one month earlier uttered the now infamous "you didn't build that" line, sparking Republican outrage.

Speaking to a crowd of roughly 1,300 people Wednesday from a podium emblazoned with a sign reading "We Did Build It!" McMurray said he and his wife “represent thousands of small business owners who did build their business.”

Obama maintains that Republicans' new rallying cry takes phrases from his July 13th speech out of context. In those remarks, Obama says, he was referring to America's roads and bridges as the things most U.S. business owners haven't built, not the actual businesses. "Of course Americans build their own businesses," said Obama in an ad clarifying his comment.

McMurray's rapid rise resembles that of Joe the Plumber (né Wurzelbacher), who became the Republican Party’s small business hero during the 2008 election after asking Obama, then the Democratic presidential candidate, about his small business tax policy at a campaign event in Ohio. Obama’s response -- to “spread the wealth around” -- fueled accusations by his Republican opponent, John McCain, that Obama had a socialist view of the economy. Joe the Plumber became an instant hit with conservative commentators.

McMurray seemed to pick up Wurzelbacher's mantle Wednesday, as his introductory remarks received a raucous applause from attendees of the campaign event. “Success in business doesn’t come from government,” he told the audience. “It comes from hard work, innovation, and you and me. When government gets out of the way, we can provide services and grow our economy.”

Ryan tied McMurray's remarks back to his opponent. "The president makes these comments that kind of reveals his mindset, his philosophy of government," he said. “It tells us that he believes in a government-centered society with a government-driven economy."

HuffPost readers: Are you a business owner? Tell us about who you plan to vote for and why -- email nhindman@huffingtonpost.com. Please include your phone number if you're willing to do an interview.

The Romney campaign's relentless attack on Obama’s small business record appears to be working. Romney has widened his lead among business owners, according to a recent survey by Manta, an online small business community.

Sixty-one percent of small business owners plan to vote for Romney, more than double the 26 percent who say they’ll vote for Obama, Manta’s survey showed. Support for the president among business owners has fallen six points since May, while Romney has picked up four points.

But if Manta’s latest survey is any indication, Obama has a long way to go with Chris-the-Baker-types, and their customers.

McMurray's bakery has seen a surge in customers since his rise to stardom, not uncommon for a Main Street business that becomes ensnared in the presidential race. According to the Roanoke Times, the store quickly sold out of "freedom cookies" following the Biden incident.

Check out a snapshot of Manta’s data on the small business vote: 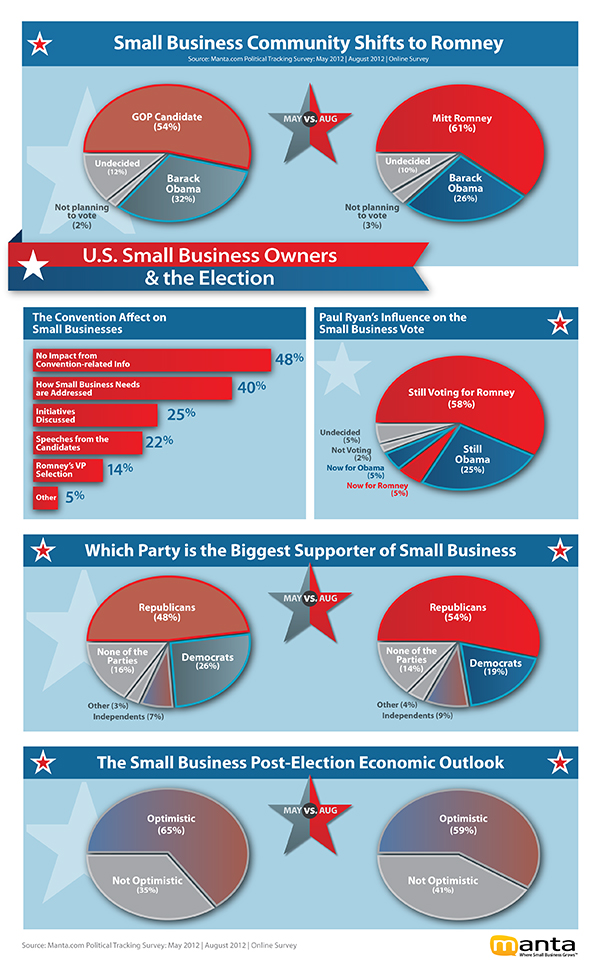 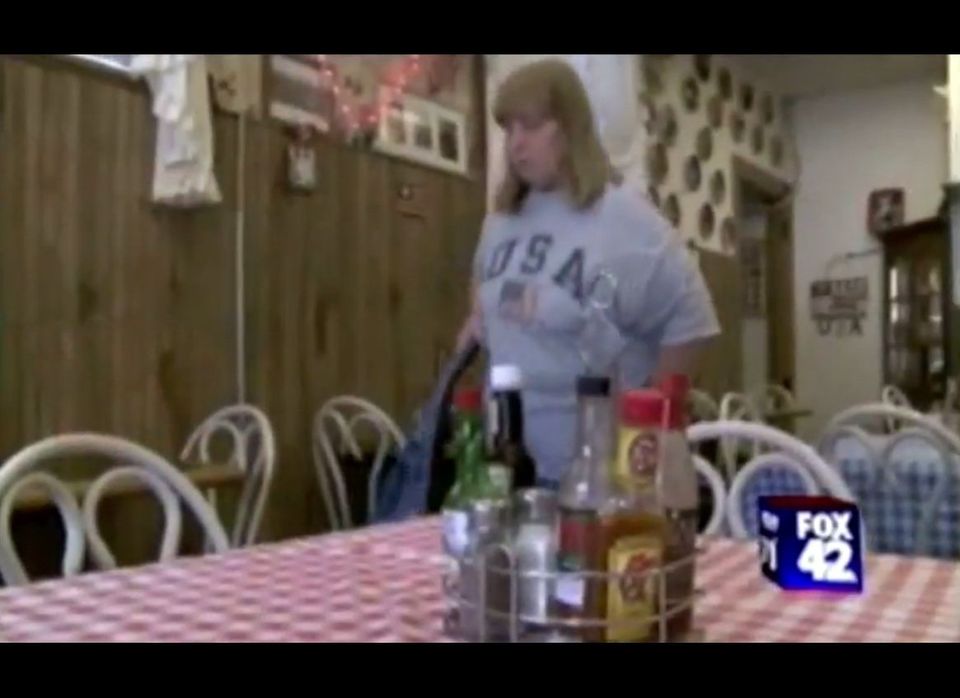