"Silver Linings Playbook" actor Chris Tucker has just turned a pretty profit with the sale of his home in Tarzana, Calif.

The comedian sold his 6,300 square-foot home in the exclusive Mulholland Park gated community for $2.1 million on March 27, confirmed The Huffington Post. That nets Tucker a $1 million profit; he had first bought the property back in 1996 for $1.1 million, public records show. The sale was first reported by TMZ.

The suburban home is located in the hills of San Fernando Valley and has 5 ensuite bedrooms, two additional bathrooms and three fireplaces. The enviable gourmet kitchen features three ovens, a walk-in pantry, bar and breakfast nook, notes the official listing. Outdoors, the home boasts a pool and spa. But perhaps its best feature is the master "retreat," which has its own sitting room, walk-in closets and a spacious balcony that looks over the city lights and the community's private golf course.

Tucker is best known for playing opposite Jackie Chan in the "Rush Hour" movie franchise (a fourth installment is rumored to be in the works). Signing on to the 2007 "Rush Hour 3" movie for $25 million briefly made him one of the highest-paid actors in Hollywood, but he didn't take on another role until last year's Oscar-nominated "Silver Linings Playbook," where he played sidekick to Bradley Cooper's leading man. Now Tucker is set to host the 2013 BET awards this June at the Nokia Theater L.A. Live.

In recent years, Tucker has run into serious financial trouble. The actor reportedly owed a whopping $12 million to the IRS, TMZ reported back in Feb. 2012. But in an interview with Indyweek in April, Tucker indicated that the problem had been handled. 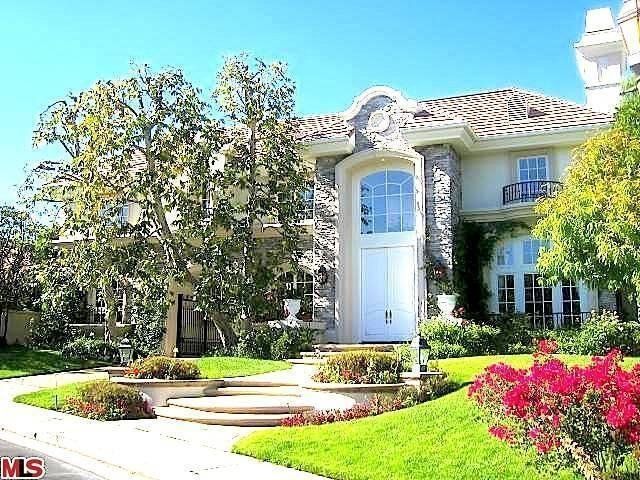