We've already expressed our undying love for Chrissy Teigen's Twitter account, which is filled with hilarious musings on life, love notes to alcohol and dirty jokes. But allow us to praise the Sports Illustrated swimsuit model once more for her achievements on another social media account: Instagram.

Teigen drew plenty of eyeballs to her Instagram on Thursday night by posting a fully nude photo of herself, taken while she was receiving what appears to be a spray tan.

She posted the photo well aware of Instagram's nudity ban. But hey, what else is a girl gonna do to celebrate reaching 200,000 Twitter followers?

Lol I wrote two million. Whatever. Same thing kinda not really at all.

Her Twitter and Instagram fans had mixed reactions, but most seemed to be big fans of the photo (unsurprisingly).

Shit. I didn't think it was that bad but I'm on the wine

As Gawker notes, the photo stayed up for at least 11 hours. But it was eventually taken down.

:( now I is gonna be suspended times

While the photo is now gone, Chrissy's Instagram account is still up and full of other pretty, non-NSFW pics. But knowing Chrissy (and by knowing, we mean following on Twitter), it won't be long until this irreverent model serves up some more social media hijinks.

See the now-deleted, NSFW-ish photo below: 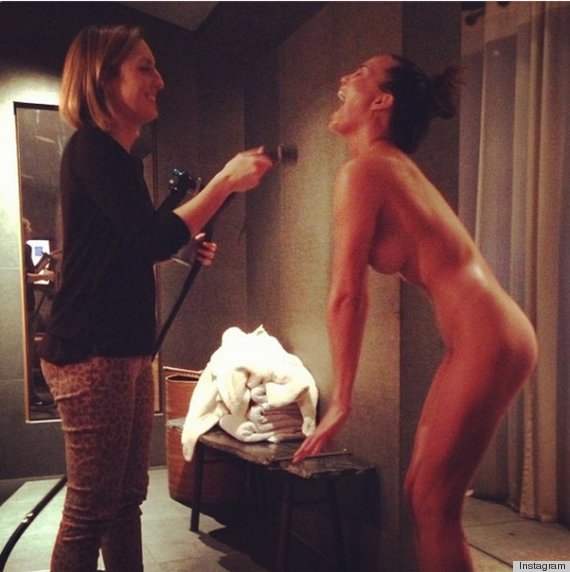