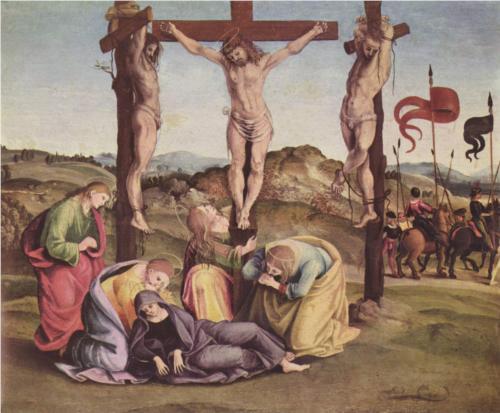 Just when I thought that society had gotten over the bizarre charge that Jews were collectively responsible for the death of Jesus, an equally bizarre missive has come along to challenge my complacency. A newsletter from one of America's most prestigious universities has revived the accusation. Here's what the "anonymous" author, reportedly a Jewish convert to Christianity, wrote in Ichthus the Harvard Christian undergraduate newsletter: "We, the Jews, collectively rejected God and hung Him up on a cross to die, and thus we deserved the punishments that were heaped on our heads over the last 2000 years."

Stunned by the critical media response, Aaron Gyde, editor-in-chief of Ichthus, offered a lame apology for statements that were explicit: "...it was not the intent of the writer, nor of Ichthus, to present a piece that is anti-Semitic in nature or in interpretation."

This incident should not have surprised me considering that 26 percent of Americans still believe that the Jews Killed Jesus, according to a 2013 survey by the Anti-Defamation League. And the actual figure is surely higher because people are often reluctant to admit they hold politically incorrect views. How many would admit to disliking black people or distrusting all Muslims even if those were their views?

Nevertheless, it's puzzling why the indictment of Jews persists -- defying facts, logic, and the consensus of bible experts and researchers. The charge only appears to make sense if you read it as: "The Jews killed Jesus -- facts to follow." But there never are any credible supportive facts. That's because the accusation is a code for hatred--and hatred stands alone.

Even if one Jew, Judas Iscariot, was a turncoat (although the recently deciphered Gospel of Judas disputes that), that doesn't mean the Jewish people were collectively responsible. Indeed, the single fact that all of Jesus' devotees were Jewish should be enough to quash the accusation.

Other details are similarly suspicious. Why did the Jewish authorities pay an informer to locate Jesus? The Gospels tell us that the Sanhedrin could have seized Jesus at one of his outdoor gatherings or in a synagogue, where he regularly prayed and taught Torah. Jesus makes that very point to the arresting party in Gethsemane Garden: "Everyday I used to sit in the temple teaching and you did not seize Me." Matthew. 26:55

The Gospel of Matthew explains that they feared a riot if they dared to arrest Jesus at a public gathering -- that the "multitude" of Jews would rise up to defend him (Matt. 26:3-5 ) And the Jews were against him?

I've often wondered how many Jews were actually clamoring for Jesus to be crucified. Popular belief says it was a huge mob. Hollywood films like The Passion of the Christ reinforce that notion. It's hard to believe that every Jew in the land gathered around, chanting "crucify him, crucify him."

In poring over the Gospels for an answer I was surprised to discover that few if any Jews were present at the trial and condemnation of Jesus, other than the Jewish officials: "And they led Jesus away to the high priest: and with him were assembled all the chief priests and the elders and the scribes" (Mark 14:53; also in Luke 22:54; Matthew 26:57; and John 18:13). There were so few bystanders present (who may have been part of arresting officials) that the disciple Peter was promptly identified by one of the maids, who asked him if he was a follower of Jesus (Peter's first denial of Jesus).

Why would ordinary Jews be in attendance? Jesus' arrest was a clandestine operation. Only the Jewish officials knew about it. Also, it was Passover eve, and Jews were busy with purification and other preparations for the festival.

The next morning, according to the Gospels, Jesus was brought before Pontius Pilate at his palace. Again, there's no indication of any Jews present other than the Jewish officials. This makes sense. The populace still didn't know that Jesus was in custody, and even if they had known, crowds were unlikely to have swooped down on the palace on the holy day of Passover.

Suddenly, though, Pilate "asks the multitudes" whether he should free Barabbas or Jesus, and they unanimously vote to free Barabbas and condemn Jesus. But who are the multitudes and where did they come from? Is this scenario thrown in to please a Christian audience many decades after the crucifixion, when the Gospels were written? Otherwise, it makes no sense unless "multitudes" in this instance refers to the large assembly of Jewish officials presiding at the interrogation of Jesus (seventy-one members of the Sanhedrin, plus elders, rabbis, and other officials). As New Testament scholar Candida Moss noted "Flash mobs of thousands of people do not miraculously assemble and offer complicated answers in unison without the assistance of smartphones." She goes on to add that there's even Papal agreement: "In Jesus of Nazareth: Part Two, Benedict XVI asked, 'How could the whole people have been present at that moment to clamor for Jesus' death'?"

According to the descriptions in the Gospels it's likely that the number of Jews who sided with the Sanhedrin and other Jewish officials who were present and called for crucifixion numbered zero or possibly at most between ten and thirty. Hardly a "multitude." Contrast this with Jesus' Jewish followers, which at times swelled to fifteen thousand Jews or more.

Even if the number of Jews who opposed Jesus was greater than I've estimated, it still would be insignificant in the context of the Jewish population of Judea, Galilee, and surrounding areas in Jesus' time. Estimates run between 500,000 and 600,000, with some as high as a million. Add to that another million Jews in Egypt at the time, according to Jewish Hellenic philosopher Philo. These Jews most likely knew nothing about Jesus, and therefore could not have been against him. Jesus' ministry spanned only three years and news travelled slowly in the ancient world.

How mind boggling the lethal consequences for Jews over the centuries of the charge "Christ Killers" if indeed only a scant number of Jews called for the crucifixion, while far more embraced him, and most never heard of him. Only if you read the Gospels through the eyes of hatred can you conclude that the Jews killed Jesus.

So how can the code for hatred be broken? Only when we all fully grasp the Jewish foundations of Christianity.

That's why I've organized an art exhibit, "Putting Judaism Back in the Picture:Toward Healing the Christian/Jewish Divide." The massive number of Medieval and Renaissance artworks conditioned the way Christians and others perceived Jesus and Jews over the centuries. Moreover, they have placed a wedge between Christians and Jews by depicting Jesus as exclusively Christian, without a hint of his Jewish origin. Their legacy continues to reverberate today, as in the Harvard newsletter.

In vaporizing Jesus' Jewish identity these artworks have falsified biblical history. Jesus and his family typically appear as blond fair-skinned Northern Europeans living in palatial Romanesque settings surrounded by Medieval and Renaissance Christian saints and other anachronisms. This imagery has fed the illusion that Jesus and Jews were of different religions and ethnicity---and were in conflict. These false implications run counter to the depiction of the thoroughly Jewish Jesus in the Gospels.

For this exhibit, artists are invited to submit artworks that restore Jesus' Jewish identity and introduce balance by presenting the two sides of the Jesus story: Jesus the faithful Jew and Jesus whose life and teachings inspired a new religion that developed after the crucifixion. The premise of the exhibit is that the historic alienation of Christianity and Judaism will not be healed until Jews look at Jesus and see a faithful Jew (even if not accepted as the Messiah) and Christian look at an orthodox Jew and see Jesus.