Christian Bale didn't just gain 42 pounds to play New York con man Irving Rosenfeld in David O. Russell's "American Hustle," he also shaved part of his head to give extra life to Rosenfeld's rather elaborate combover. Bale even herniated a disc in his back as a result of his decision to give his character a slouched posture, which dropped Bale's real-life height by three inches.

"For me, it's studying people," Bale said when asked what he enjoys about acting during a press conference with the cast of "American Hustle" on Sunday in New York. "Everybody dreams and they tend to go a little bit insane, and that's acceptable. To me, acting is dreaming in a waking state, because you get to study people and get to go a little insane, and be obsessive about something and it's expected. The more you are, the better it is. I find that very addictive."

"American Hustle" isn't the first time Bale has created a character with a physical tweak -- he famously lost more than 60 pounds for his role in "The Machinist" -- but it might be his most striking transformation. Take what happened, for instance, when co-star Robert De Niro was introduced to Bale and the rest of the film's cast -- Bradley Cooper and Jeremy Renner among them -- before shooting a key "American Hustle" scene.

De Niro, who had never worked with Bale before "American Hustle," was impressed.

"He stared and said, 'Wow, he looks so different. It's great,'" Russell recalled. "He didn't realize he had just met Christian, so I had to reintroduce him again."

"American Hustle" is out in theaters on Dec. 20. 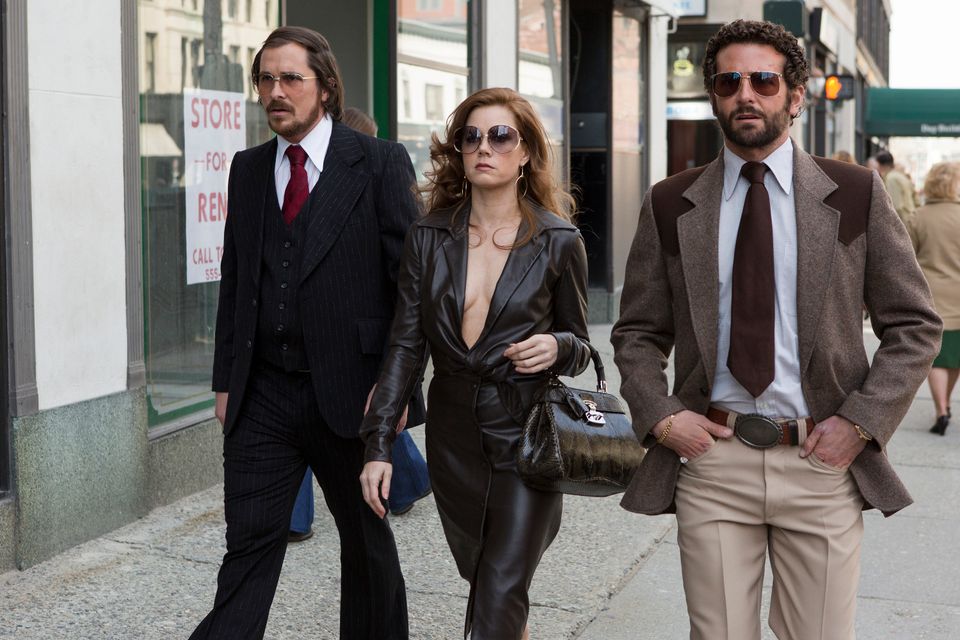