Victims of Friday's shooting at a midnight screening of "The Dark Knight Rises" received a visit from Batman himself on Tuesday, as Christian Bale reportedly stopped by Aurora, Colo.

"Mr. Bale is there as himself, not representing Warner Brothers," a representative for the studio told the Denver Post.

The actor, who has portrayed Batman in all three of director Christopher Nolan's films on the subject, had previously released a statement of condolences.

"Words cannot express the horror that I feel,” he said Saturday. “I cannot begin to truly understand the pain and grief of the victims and their loved ones, but my heart goes out to them.”

Some photos of Bale in Aurora are available below. The young man in the first photo is Carey Rottman, who was shot in the leg during the attack. Rottman has posted photos of his very famous visitors, including politicians and members of the Denver Broncos.

On the day of the shooting, Rottman posted this Facebook status: "Shot in the leg at Batman. Where is he when you need him. Please pray for everyone there." 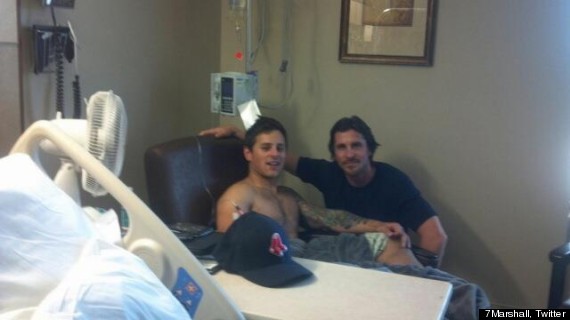 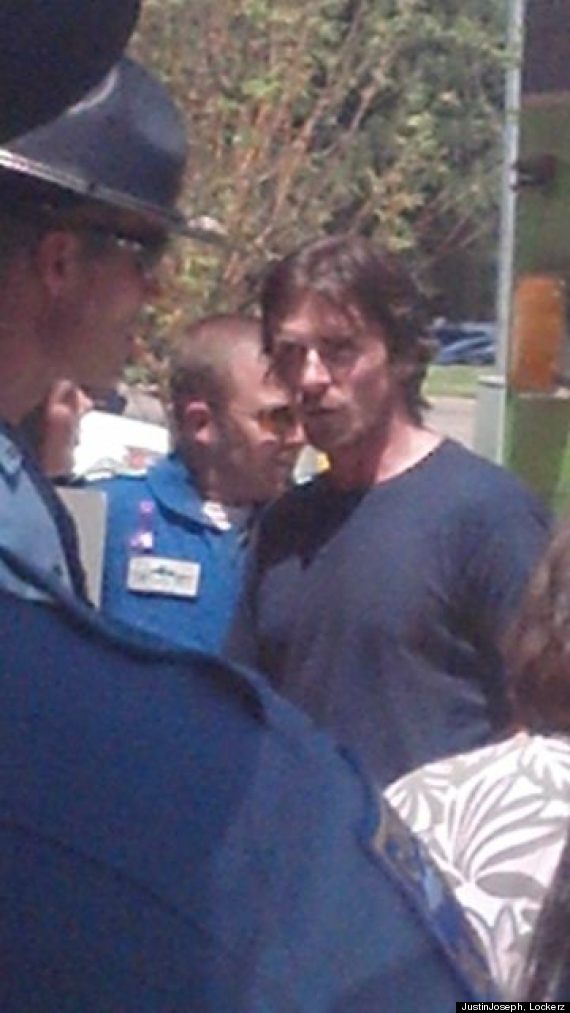 To give back to the families and victims of the Aurora tragedy, head over to our how-to-help Aurora page.