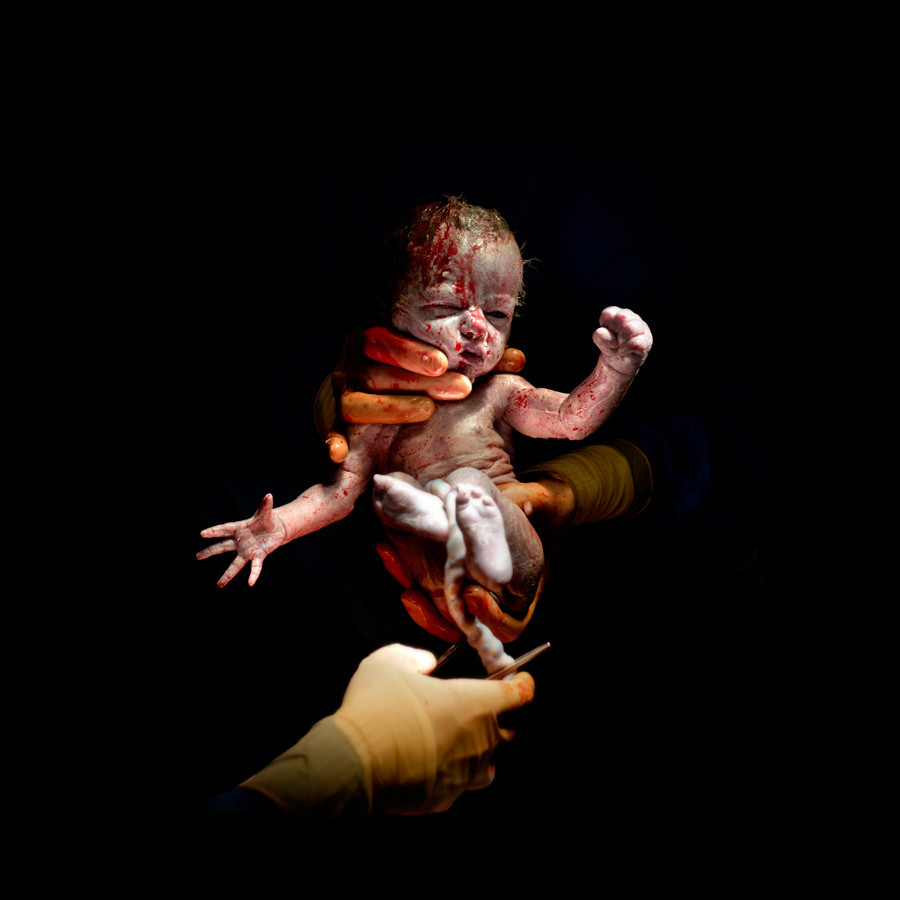 "When I saw [my son] for the first time, he was bloodied and covered in this white substance called vernix," Berthelot recalled of his first experience with a caesarean. "He was like a warrior who has just won his first battle, like an angel out of darkness. What a joy to hear him scream. " The babies captured through Berthelot's lens reveal various ways to enter the world. Some scream and cry, some gesticulate wildly, while others appear still and calm, and a few, in the words of the artist, "do not yet appear to belong to the world of the living."